Celebrating the Brutalist Architectural movement through type, Hahyun Joo an LCC Short Course student originally from South Korea created a digital typeface celebrating the movement which brought us the Trellick Tower, the Barbican Estate and the National Theatre.

Inspired by a modular typeface, Hahyun created typographic forms using a limited number of shapes or modules – a method used throughout graphic design and architecture. Creating a typeface based upon Le Corbusier’s modular units that served as the basis of his famous design, the Unité d’habitation — which later became the initial inspiration of the Brutalist style.

Brutalism thrived throughout the 1950s till the mid-70s, remains controversial yet inspiring today in its raw concrete style. Experimenting with the relationships formed between colours and shapes in a series of brutalists architectural creations Hahyun found within an image from ‘Finding Brutalism in Britain’ by Simon Phipps, which included constructing a building’s exterior with bright colours and geometric variants.

Over the five-day Digital Typographic Design short course it covers various typographic styles from the 20th century when the ‘Swiss style’ emerged, to the modern day. Giving an opportunity to re-learn the fundamentals including; structures of typography, grid systems and visual hierarchy. Helping to refresh Hahyun’s knowledge, enabling her to apply these principles when creating new variations. Hahyun, keen to continue to learn – enrolled with LCC to go ‘back to basics’ with typography an integral part of developing her design work. 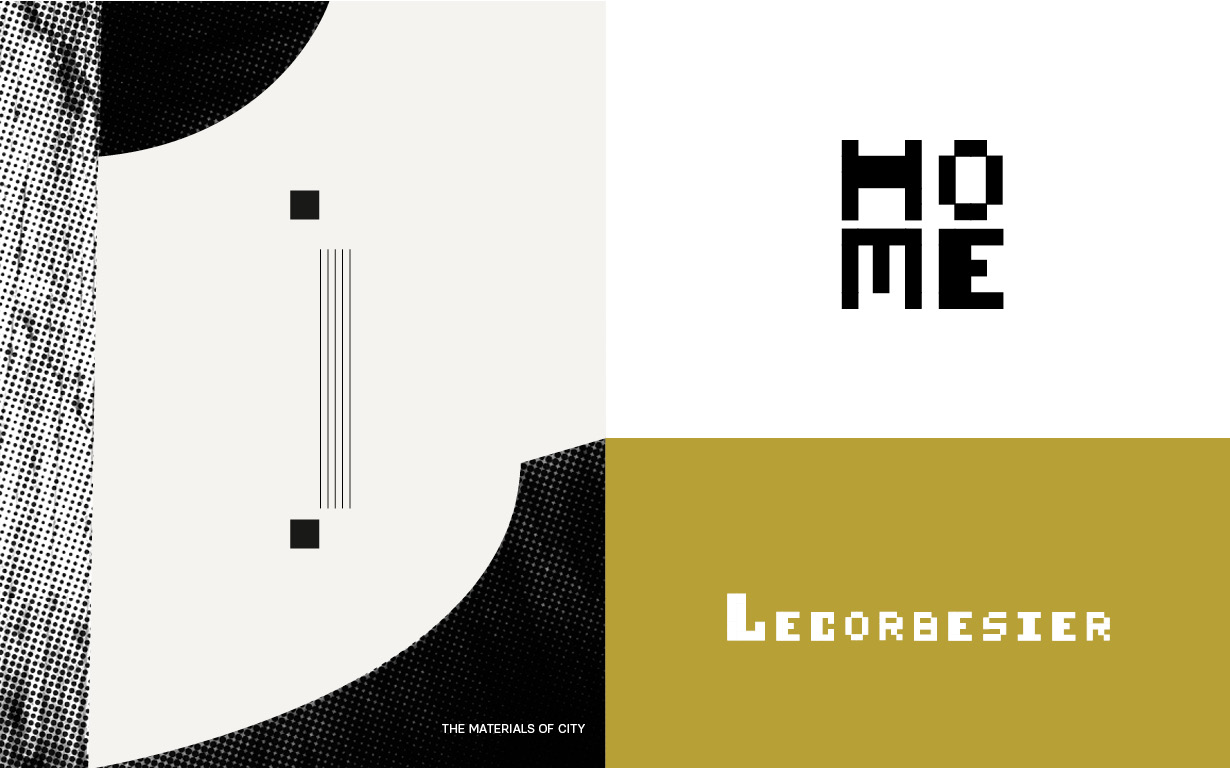 Tell us about you…

I’m Hahyun Joo, originally from South Korea – currently working freelance within design residing in London. Studying Visual Communication for my undergraduate in South Korea left me keen to explore further what graphic design ‘could be’ and ‘could do’ within our society. Leading me to study a Masters in Design ‘Expanded Practice’ (formerly Critical Practice) at Goldsmiths University, London.

Encouraged to explore a broad range of fields during my studies including politics, art, social science, humanities and technology has since greatly supported my design practice. Always beginning my process with wide research without boundaries, which helps in creating original and relevant design ideas.

How did you get into design?

I think design was a natural path for me as I tended to view the world more visually than others since a young age. My father worked as an engineer for 30 years, influencing my work with his design plans drawn in precise line – always so beautiful.

Tell us about your career in design so far?

Since graduating from my masters I’ve worked on various projects with international clients across the world. Working as part of a product development team in Sweden, contributing to the development of an innovative digital service including mobile banking and secure identity applications which went on to win the Service Design Award 2017 for Best User Experience.

Returning to London, to work in digital communications at Pelham Communications Art PR Agency where I assisted on developing digital content for galleries, art fairs and cultural institutions – I have a keen interest in contemporary art. Adapting constantly to new media, I closely work with printers and paper studios for my freelance projects – they give great advice on how to create high-end work with a tight budget. I’m always experimenting with ideas for both digital and print media to produce the best solutions for clients and audiences.

Alike to all creatives I had a moment of feeling a bit stuck with the progression of my work, trying to figure out what was missing. Deciding to take the course at LCC was really an opportunity to go back to basics with ’typography’ an integral part of graphic design. 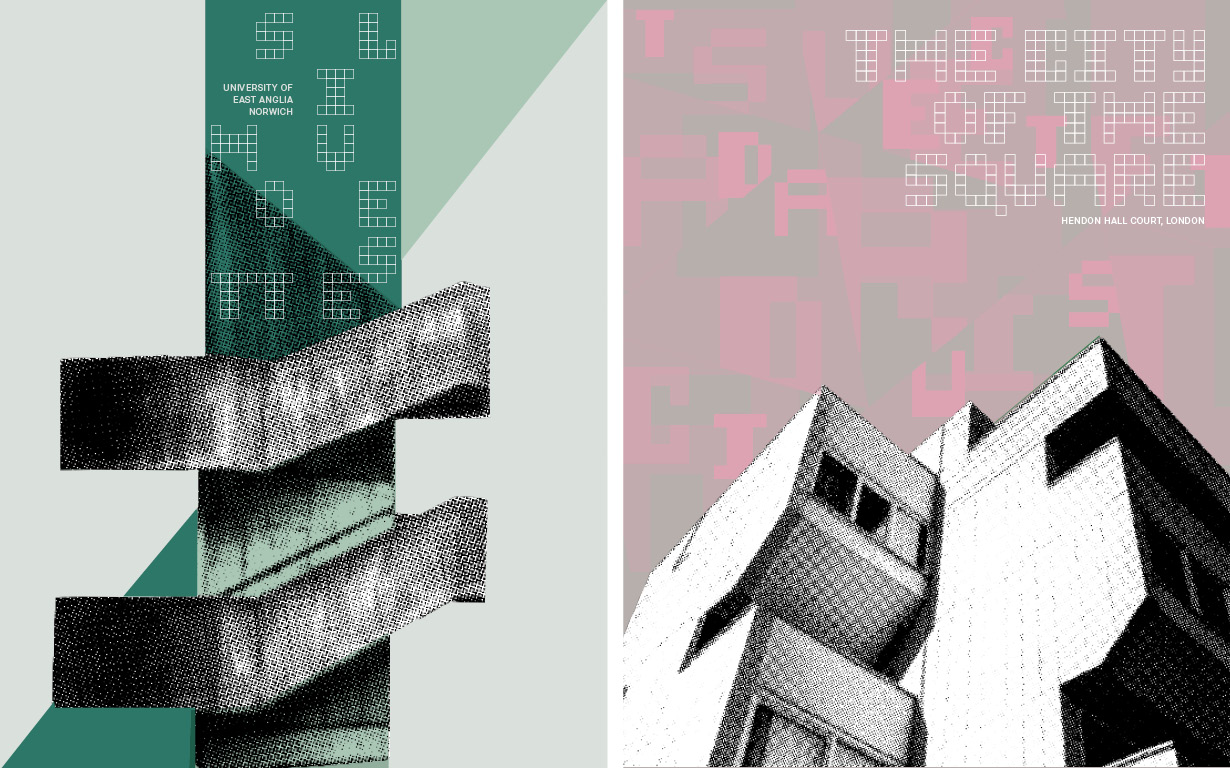 Tell us about the inspirations behind the typeface you created?

Inspired by a modular typeface, I created typographic forms using a limited number of shapes or modules – a method used throughout graphic design and architecture. Creating a typeface based upon Le Corbusier’s modular units that served as the basis of his famous design, the Unité d’habitation — which later became the initial inspiration of the Brutalist style.

I experimented with the relationships between colours and shapes in a series of brutalists architectural creations I found within an image from ‘Finding Brutalism in Britain’ by Simon Phipps – constructing a building’s exterior with bright colours and geometric variants.

Using the skills you learnt on the course will you be continuing to work with typography?

Learning how small details in typefaces can change a tone of messaging, gave me confidence in selecting the appropriate typeface for further visual work. Since the course, I have read a few typographic books recommended during the course, these really helped to further extend my knowledge of typography. 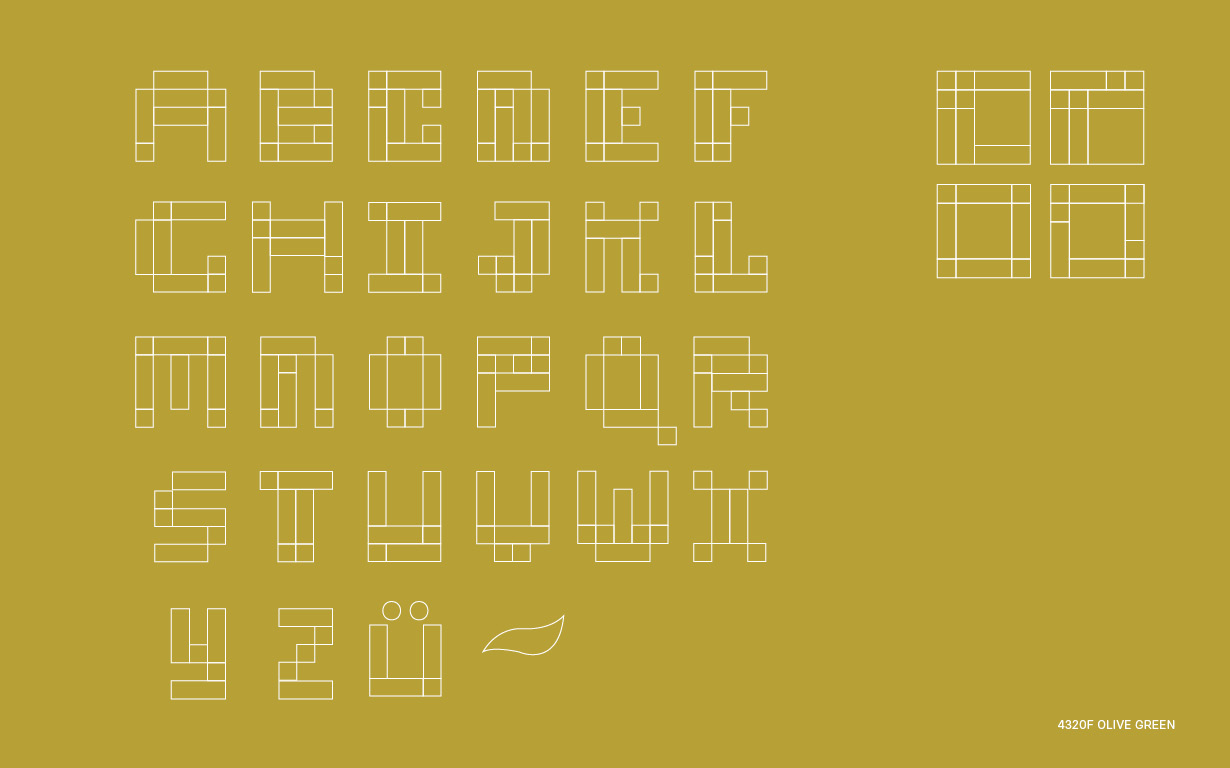 Your top piece of advice for an aspiring designer?

From experience, I feel theory becomes more powerful when it is connected with practice from the very beginning of design process. So, in essence I’d encourage aspiring designers to study theory, gain insights, rethink and experiment within your own practice.

In addition, it’s important for designers to have a firm understanding of the wider industry, culture and trends. Constantly being aware and inspired by aspects of design, reading the key trade press on a regular basis and engaging with people from different backgrounds helps to keep you stay relevant in the creative industry.