Youth rebellion and music has long been linked with Britain's sartorial history; from ostentatious radicals embracing new levels of swank vulgarity, to the DIY garbs of punk and the brazenly bold colours of the 1980s new wave, the inception of subcultures has provided an outlet for expressive fashion and a space for communities to flourish.

In their Introduction to British Youth Subcultures webinar, UAL tutors Dr Ray Kinsella and Kevin Quinn explore the residual power and value of British subcultures on life and fashion today. But with the growing argument that today's subcultures are less to do with collective youth insurgency and more to do with fashion trends and individuality, as debated in the Subcultures Today and Subcultures Tomorrow webinar, we look back at some of the most discernible tribes of post-war Britain and the top subcultures of recent history.

While the term ‘Dandies’ originates as far back as the late eighteenth century, used to describe trendsetting aristocrats, ‘Flappers’ were a generation of young Western women in the 1920s who defied the conservative societal expectations of the time.

Both styles became synonymous for their extravagant styles during the Roaring Twenties, when the era of the ‘Bright Young Thing’ came to play, and was used to describe the new social elite emerging after dark.

In typical Great Gatsby style, Dandies favoured carefully tailored jackets and suits with elaborate pairings such as a gold-topped walking stick or a pocket watch. Flappers were known for their layered pearls, bold art-deco jewellery and edgy Bob-cut hair. 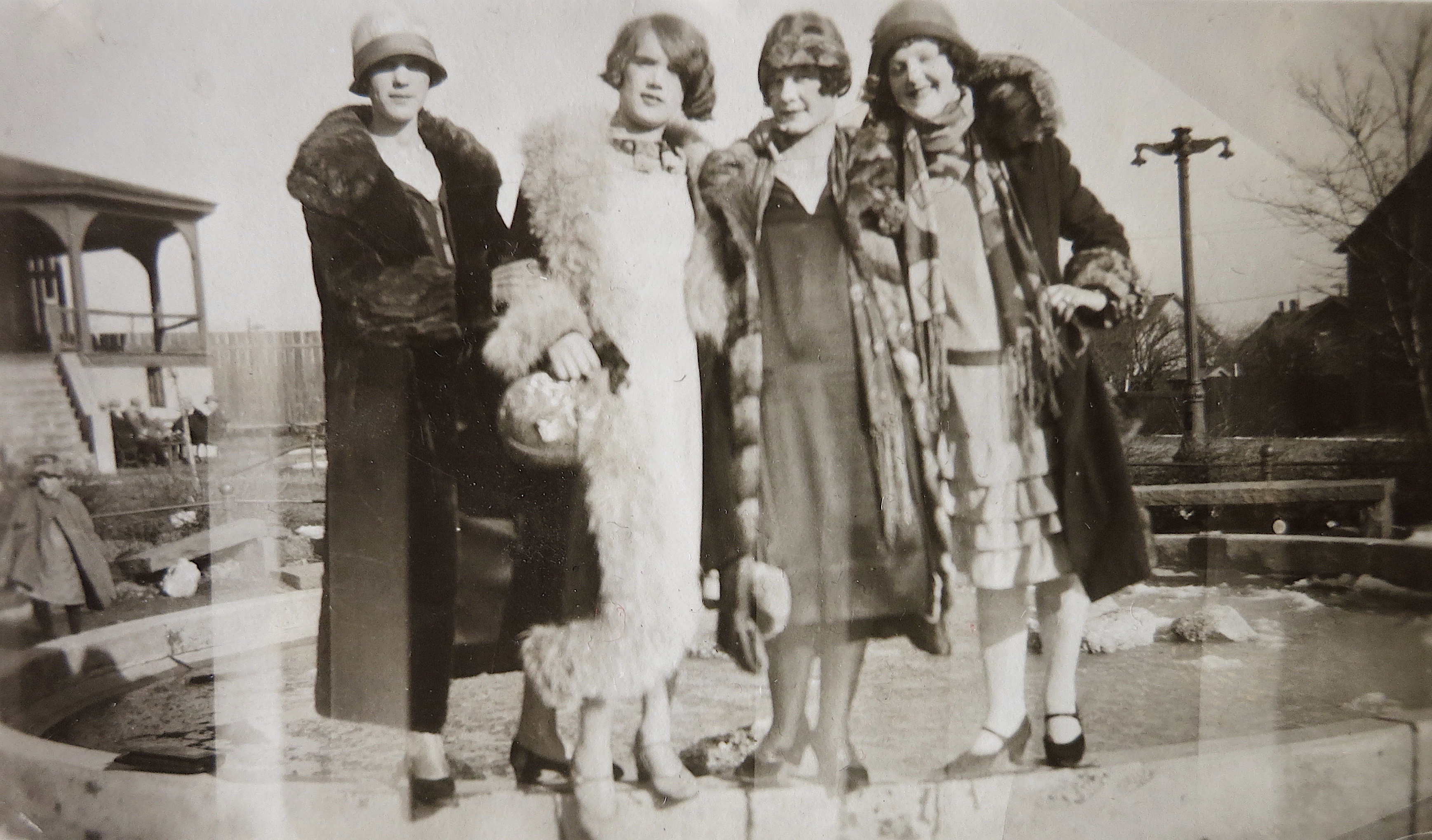 Considered the first youth movement of post-war Britain, the Teds symbolised the birth of the ‘teenager’ and youth rebellion in 1950s Britain.

Their look rejected the utility and demob style of post-war Britain in favour of the aristocratic flamboyance of the Edwardians, appropriating long, draped jackets with tapered, drainpipe trousers and creepers.

Their style brought with it a host of other influences too, including the Chicago gangster zootsuits of the 1940s which exacerbated their association with delinquency and the black market ‘spivs’ at the time.

While the style of the ‘Teddy girls’ is less documented, they were known to have similarly worn drape jackets, paired with pencil skirts. 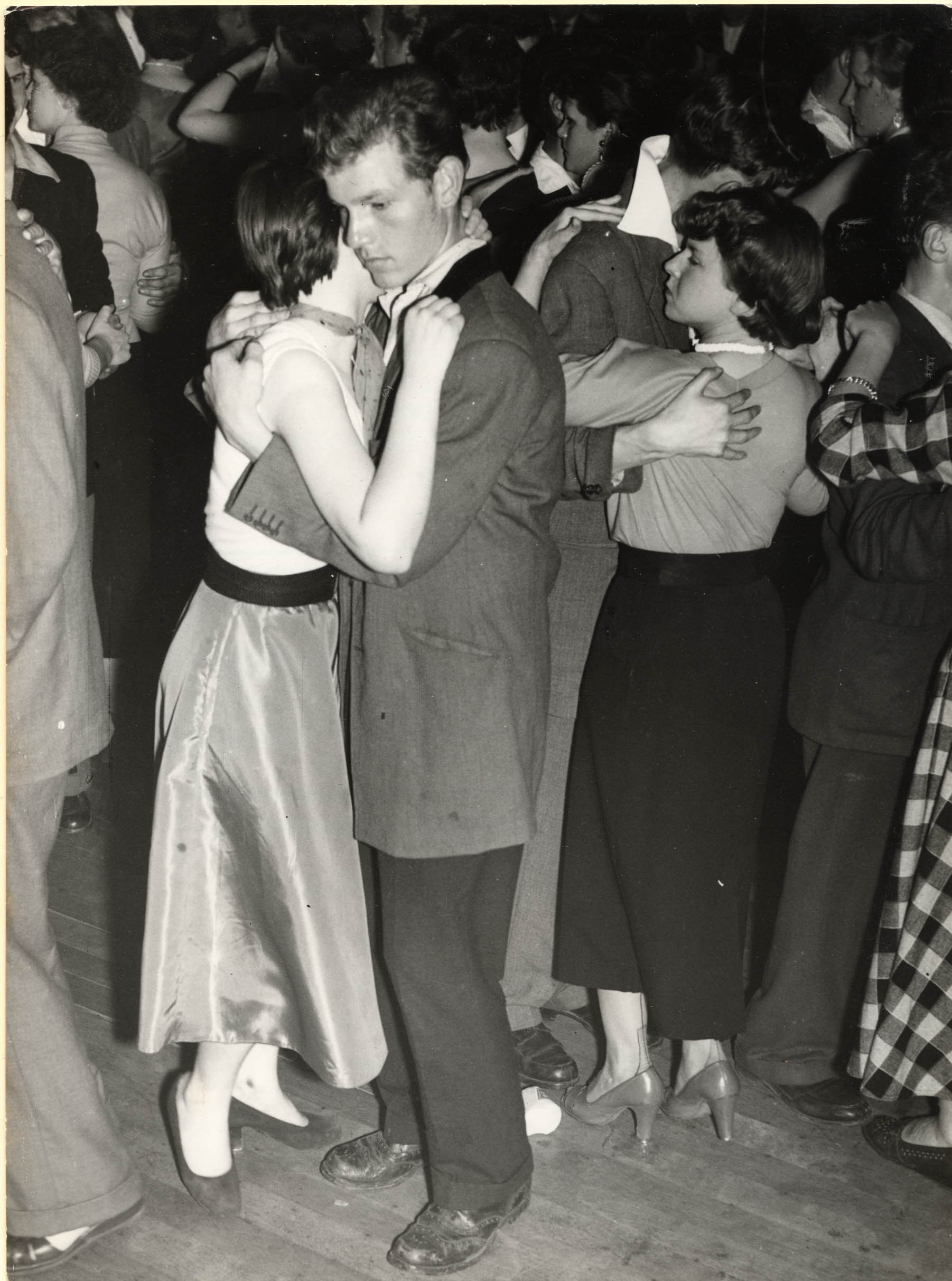 As African American R&B bands and British jazz groups brought a new wave of music to London’s bustling nightlife in the late 1950s, the emergence of the Mod – or the modernist movement – saw a new sartorial style fashioned by working-class youth.

It borrowed elements from these musical movements and was inspired by the sophisticated style of the French and the Italians; sharp tailoring, polo shirts and jacquard and paisley accents. Dr Ray Kinsella speaks more about this era in his webinar exploring the emergence of bebop in the London club scene and its impact on post-war youth style.

By the 1960s Mod subculture was at the height of fashion and when iconic styles associate most with this era such as the Mondrian dress, geometric patterns and the mini skirt really took off. 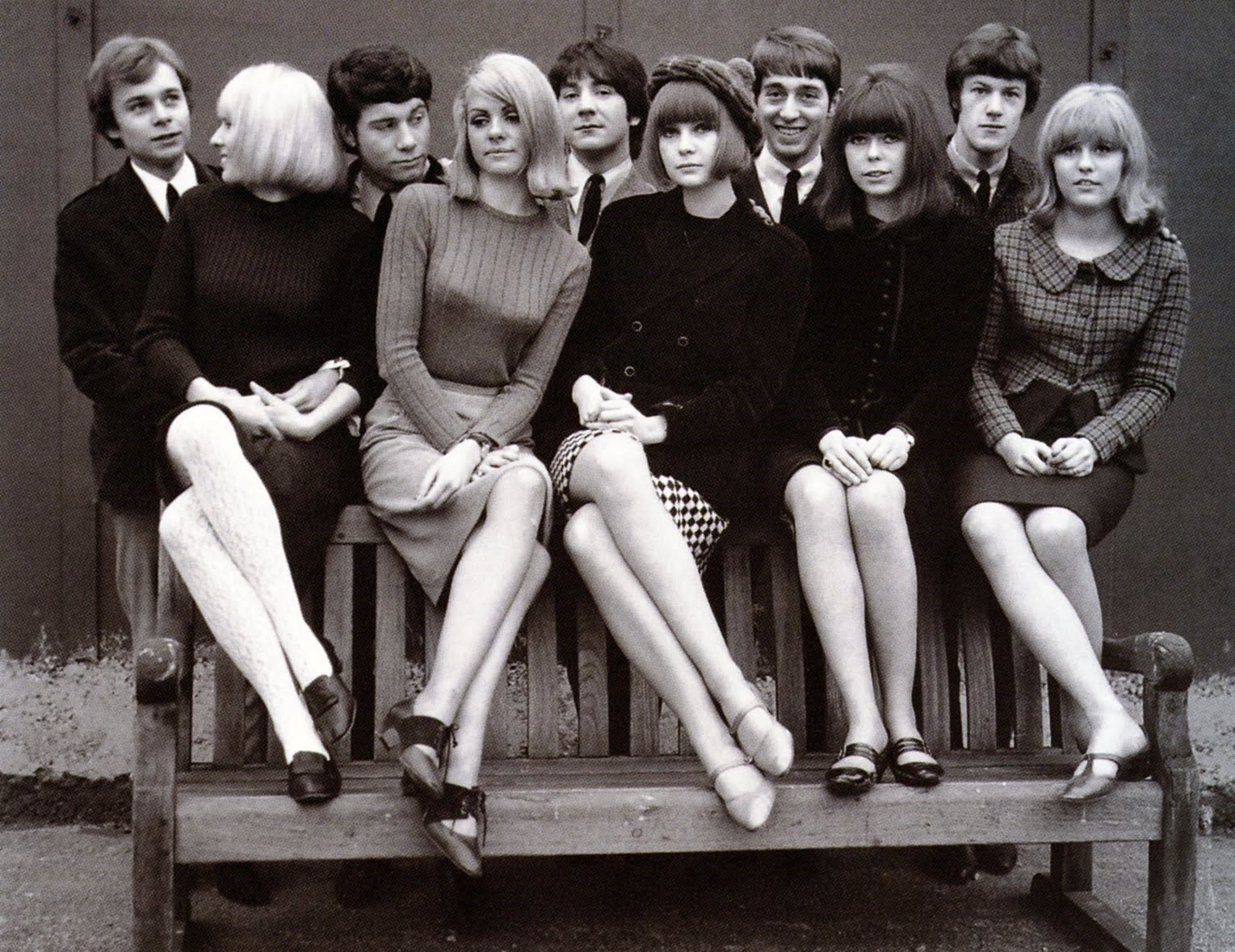 While Mod style hit the mainstream in the 1960s, another youth subculture was forming on US college campus grounds that would eventually make its way to the UK to have a longstanding influence on a generation of young people – often known as the Beat Generation.

The Hippie movement was defined for its bohemian aesthetic, loose fitting fabrics, florals and folkloric motifs that adopted the simple styles of tradition such as the long peasant skirt. This subculture was anti-conservative and anti-capitalist, and ultimately known for their peaceful resistance. 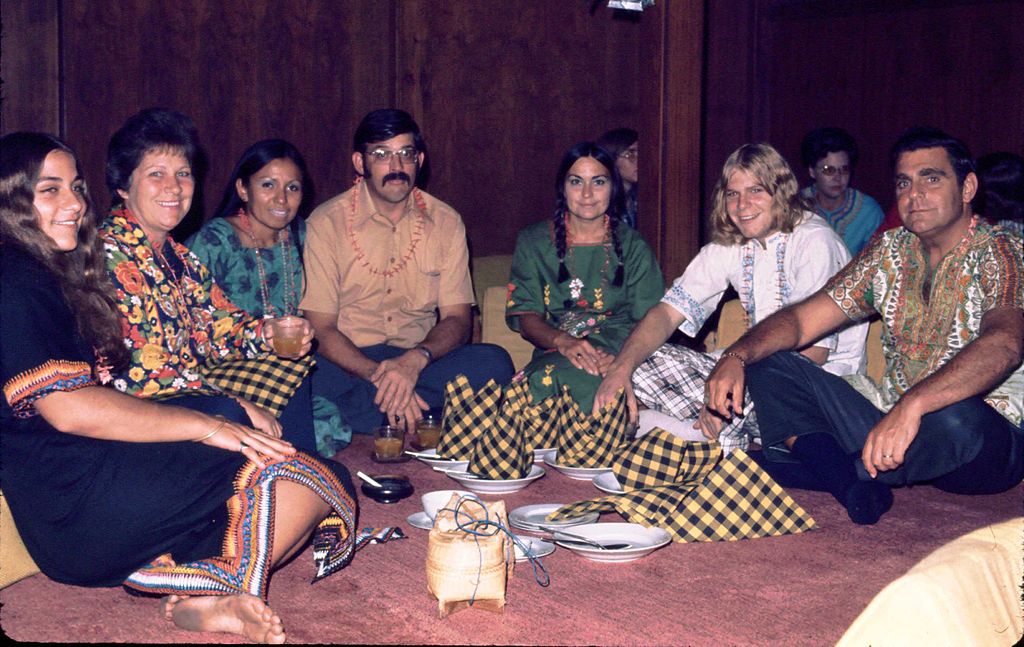 We all know the look: colourful Mohawks, black leather jackets and ripped fabrics, dog collars, safety pins and layers upon layers of chains.

The 1970s spawned a generation of DIY rebellion against the ‘gentle rebellion’ and loose, flowy outfits of the hippies. The punks rejected the popular music trends that were emerging in Britain and the world at the time, with little known bands such as the Sex Pistols and The Clash tearing up the underground scene.

While their style can be traced back to influences from the Teddy Boys and the Mods, the punk movement became a radical movement of fierce self-expression and creativity. 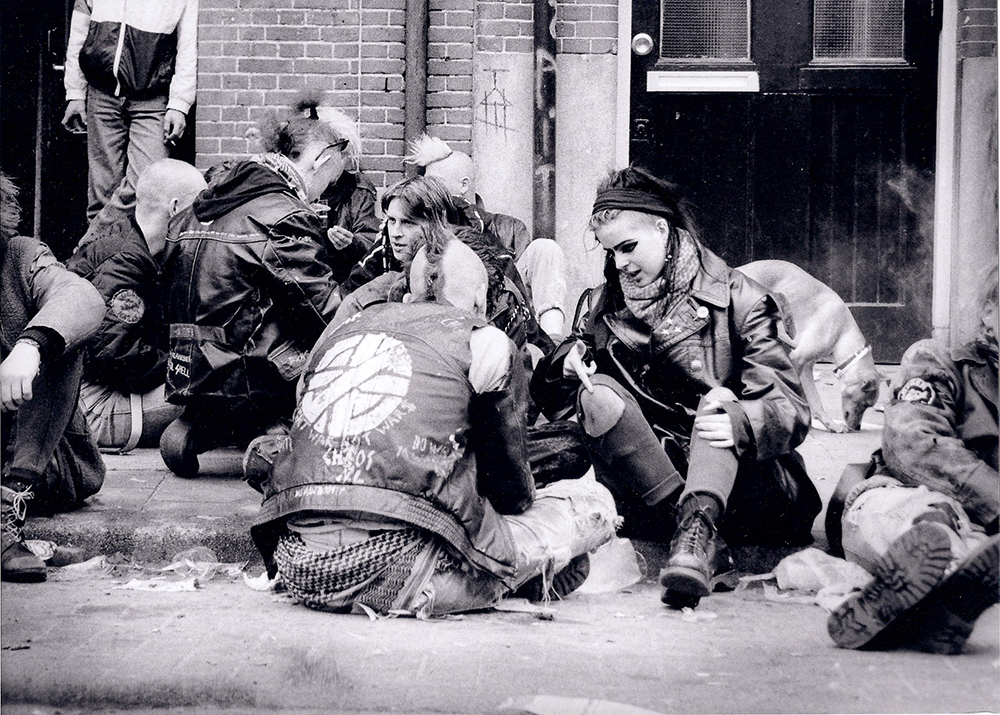 Often thought of as the dark vagabond of the Punk movement and a renunciation of the bright preppy trends of the 80s, the goth subculture developed out of the goth rock music genre.

This subculture romanticised the morbid and was yet another form of resistance of mainstream culture, but since it first emerged, it has cascaded down through the generations, with each bringing to it new meanings and elements of style, such as the Lolita and Cybergoth. 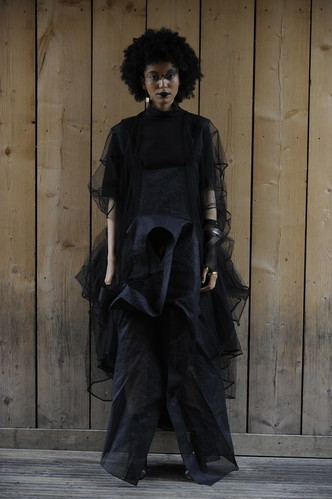 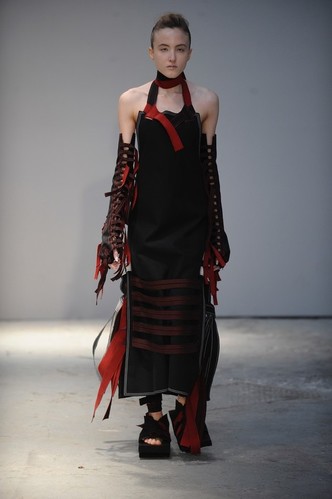 While the goths and the punks held their own, a separate entity bringing together neoclassical fashion and glam rock flourished.

The New Romantics boomed in the 1980s, offsetting a generation of eccentric and bold fashionistas that was dubbed the ‘New Dandies’ by the press. 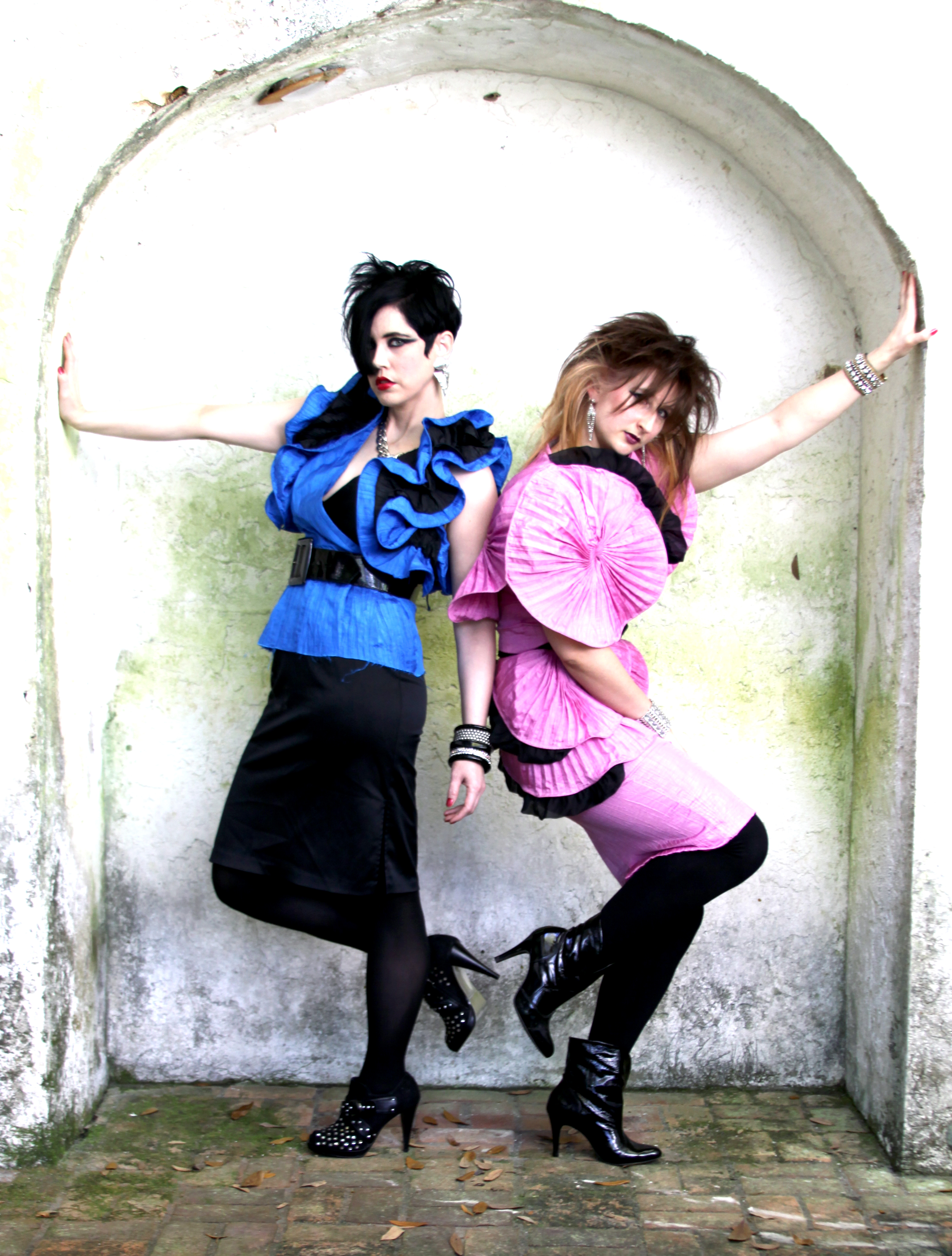 By the late 80s the formation of new subcultural phenomena was taking height in clubs, abandoned warehouses and fields across the UK.

Acid house, thought to have originated in Chicago with the dawn of house music, is thought to have been the biggest youth revolution since the Beat Generation. The fashion screamed technicolour, neon and bucket hats.

Speaking of his first time at an Acid Rave in 1988, Dr Ray Kinsella recalls how the fashion changed: "Some of them were wearing these paisley waistcoats, they had bandanas on and some had tee shirts with smiley faces splashed across the front. Others were wearing these little round John Lennon-style sunglasses. Their fashion sense had changed overnight and their energy was palpable."

Want to know more about subcultures, their relationship between style and community and how they exist today? Explore our upcoming webinars with Dr Ray Kinsella and Kevin Quinn which delve into the world of youth subcultures.