Amanda Michelena left Venezuela when she was 19. Due to the political situation in her country, she moved to the UK with the intention of starting a new life away from the conflict. Despite being thousands of kilometres away from home, she felt like she needed to use her creative voice to tell the world what was happening in Venezuela, which led her to join the BA (Hons) Fashion Styling and Production in 2014. After nearly 4 years at LCF, she has now graduated and is looking for new opportunities to continue growing creatively.

We met up with her to hear more about her fascinating story, the challenges of being the only Latin American student in her course, and how her Final Major Project 'Villa Lachemine' has turned into her professional and personal purpose. 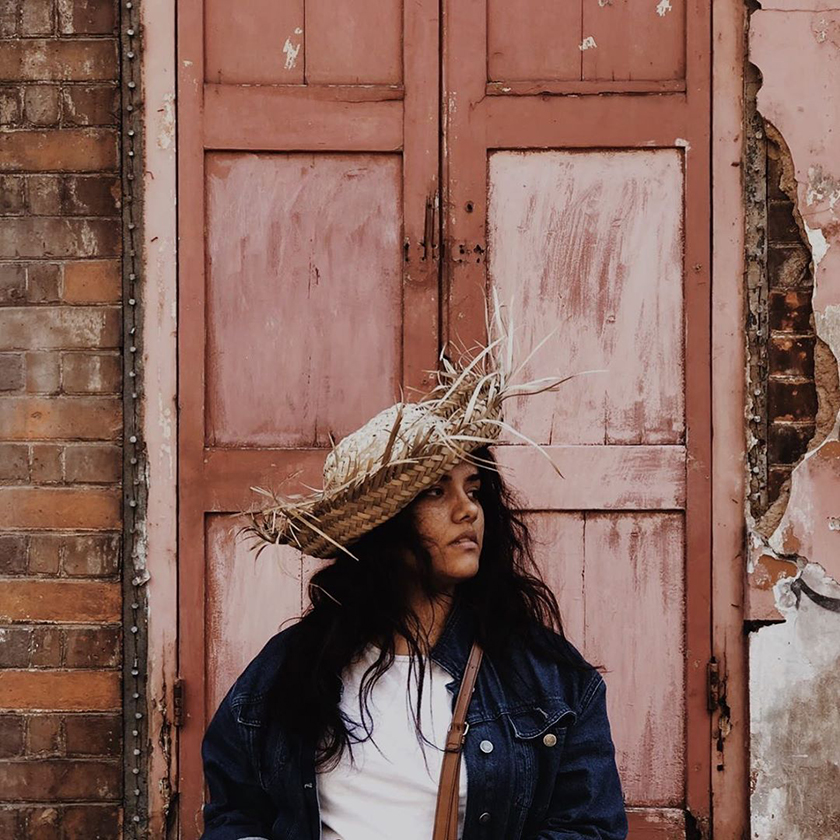 Hi Amanda! You've recently graduated from BA (Hons) Fashion Styling and Production. Why did you decide to come to LCF?

When I moved to the UK, I lived in Cardiff during the first year, but I couldn't really disconnect from what was happening in my country. I went through a period when I needed to find my professional purpose in life, but I also wanted to continue helping my country even if I was far away. After visiting London for the first time I fell in love with the city straight away, so I just needed to find the perfect excuse to move there. Also, fashion had always been a big influence in my life, so studying at LCF was just the perfect fit!

Why did you choose to specialise in styling and production?

For me, life is all about communicating — I’m very outspoken, I’m very political and I have a lot of things to say. I think styling is a really good way to communicate something visually, and fashion can be very powerful in that sense.

What was your favourite part of your time at LCF?

Meeting people! When I was here I was so happy to spend time with people from everywhere around the world. I also had the opportunity to meet other Latinos through the UAL’s Latinos Creative Society, which ended up becoming a really influential part of my work as I felt a big connection with them — there’s a high element of nostalgia within all my projects, which is a very common feeling between Latinos who leave their countries.

And what was your biggest challenge?

As the only Latin American in my class, it was very challenging at times because I felt like I had to break certain stereotypes that my classmates had about Latinos — please stop saying we're exotic! However, making friends wasn’t as difficult as exploring who I am as a creative. Only by being with creative people I felt like I could develop myself, personally and professionally, so being at LCF was really the perfect place to do that. 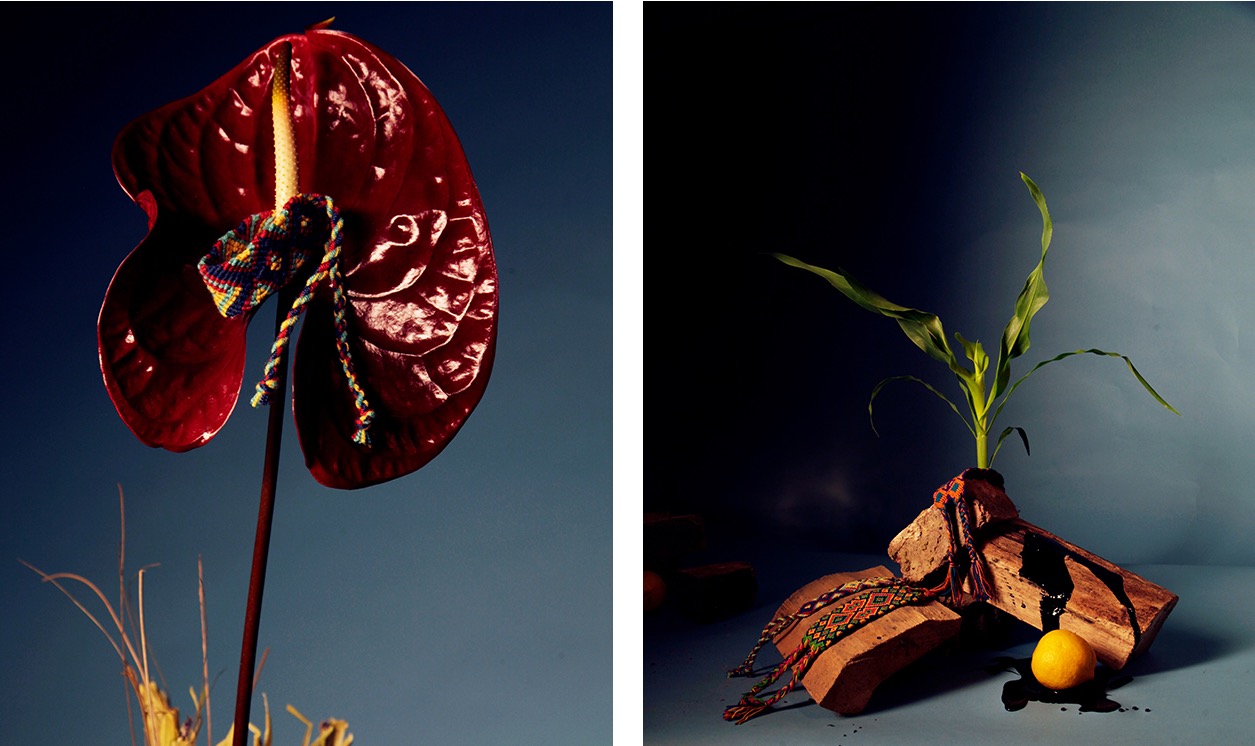 Being originally from Venezuela, how did you cope with being so far away from home? Any tips for other international students?

I haven’t been in Venezuela for 3 years. I’ve cried a lot during this time and I’ve been through a rollercoaster of emotions. What really worked for me was letting all out and turning these feelings into work. So if someone is going through something similar, I would really recommend them to use those emotions as inspiration for their practice. Also, having a really good support network, being surrounded by strong friendships and trying to avoid feeling lonely was key for me.

You’ve worked in lots of different projects doing photography, styling, filming, producing… which one of those roles really makes you tick creatively?

I think it depends on the project, but I would say creative direction is the one that really excites me because it combines a little bit of everything. For every project that I work on I always rely a lot on my contacts, so I know who would be good doing the photography or the styling or the filming.

As a creative, team work is essential for me. There are industries where you can fly solo, but in fashion it’s the opposite. You have to have really good people skills if you want to be successful — be a good person, be reliable and work hard!

Villa Lachemine is a very special project for you. Tell us more about it, how did it all start?

Everything started with my final major project. I was going through very difficult times in my life, with the situation in my country getting worse and having my family there. All Venezuelans are affected by this crisis, and I’m really thankful that I had the opportunity to come to London, so I wanted to take this time during my final year to do something that would make me feel proud of myself and my country.

Villa Lachemine is a fictional place that I’d like to call home. The name comes from a variation of the word ‘alchemist’ — I love how the world of alchemy mixes magic with science, it’s so fascinating! — and it also takes elements from Magical Realism, a beautiful literary genre that we have in South America.

After everything we’ve been through in Venezuela, I felt like my youth, my home and my memories were taken away from me, so I decided to create my own world in Villa Lachemine.

The challenge of this project was finding the styling element in it, so I studied the visual references in Venezuela’s cultural symbols and history, especially through the craftmanship of the indigenous tribes like the Guayúu. These bags, hats and bracelets represent our first fashion, so for me it was really important to showcase them in Villa Lachemine.

What are your plans now that you’ve finished uni?

I’m still processing the fact that I’m not at uni and it’s not time to continue exploring anymore. Now I’m only thinking “Where should I go?” because for me going back home in Venezuela is not an option at the moment. I need to find somewhere to settle that will allow me to continue growing as a creative and spreading this message of nostalgia that’s so common amongst Latinos around the world.

I really want to stay here, I don’t feel like I’m done with London. I love how this city allows me to be anything and finding so many creative people that inspire me and support me. 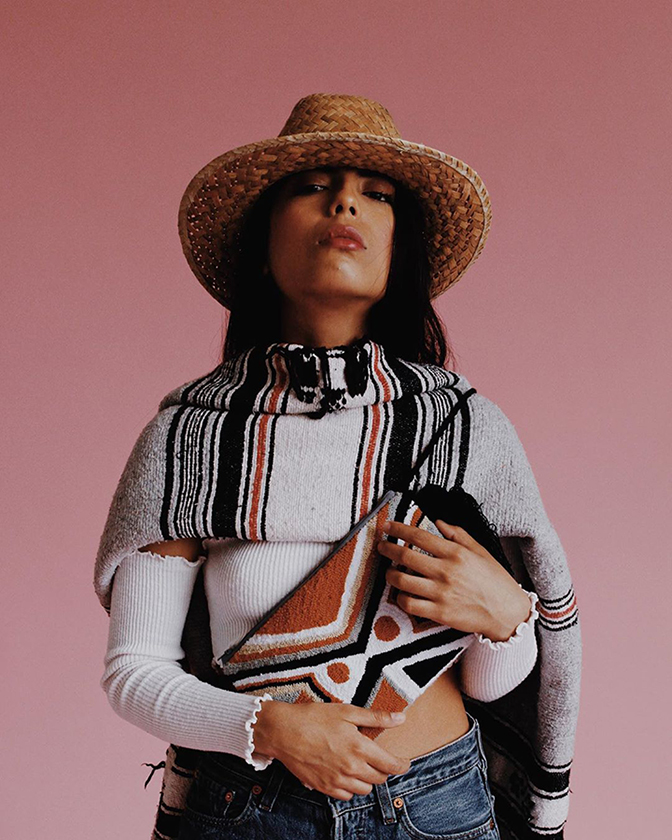 All image credits to Villa Lachemine by Amanda Michelena