After finishing BA (Hons) 3D Effects for Peformance and Fashion in 2018, Kittie has been working non-stop to build her portfolio and her CV. We caught up with her to find out how her career is going one year after graduating.

Did you always know you wanted to work as a prop maker?

No I thought I wanted to do fine art and pursue painting. When I did it on my art foundation I panicked because I realised it really wasn't for me. When I went to visit the Harry Potter World at the Warner Bros. Studios in London I fell in love with the Creature Effects department, but never did I think I could get into that. When I finally found the props and theatre courses I couldn't believe I'd found one that could lead me in this direction.

Why did you choose to study at LCF?

At the beginning I was very undecided about what I wanted to do. I was certain I didn't want to go, but I applied for the course just as a last-minute option. Then I looked around the building and the facilities in Lime Grove and fell in love. I was ecstatic that I got in.

What key skills did you learn during the course that you still use as a prop maker?

There are so many skills I learnt on the course that I took into my career...I'm still learning every single day on the job, but LCF taught me loads about fabrication, mould making, materials and tools that I would've struggled to learn on my own. 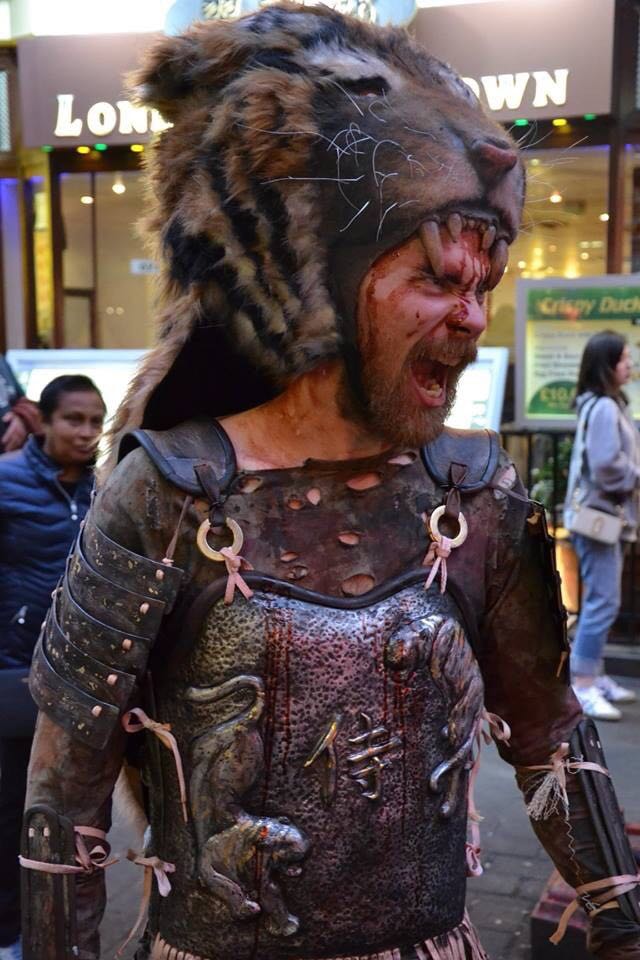 LCF taught me loads about fabrication, mould making, materials and tools that I would've struggled to learn on my own.

Since graduating, which of the projects you've worked on are you most proud of?

I've worked on loads of amazing west end shows and I honestly couldn't just pick one!

Between cinema, theatre and TV, where do you enjoy working the most?

I have only really experienced working for theatres and operas so far. I really want to get into film! That's what I'm trying to do now.

You've only been working in the industry for a year, but what is the biggest highlight of your career so far?

Going to the press night for True West, which starred Kit Harrington (Game of Thrones). The company I worked for did the props and we got to go to the party after and met loads of the cast from Game of Thrones! It felt unreal, I couldn't believe I was invited!

What do you love most about your profession?

Working with amazing creative people. Everyday you learn something new, everyone has their own little tricks and tips.

Not yet! The most recent are still a secret!

Which plans do you have for your career?

Since graduating I've been a general prop maker. My passion lies in mould making and I'd love to eventually train as a mould maker for film and do that full time.

What piece of advice would you give to someone looking to pursue a career in the performance arts?

I just think you have got to have passion. Freelancing can be difficult at times, but if you love it, it's worth it. I'd also say do as much work experience as you can, it helps build your contacts even before you've left.