After living in London for most of her life and graduating from BA (Hons) Costume for Performance at LCF, Hana moved back to Cairo in Egypt to work as a freelance costume designer and start her own sustainable luxury 'wearable art' brand. LCF caught up with her to find out more about her upcoming projects.

After living in London for so many years, how are you finding life in Egypt as a costume designer?

Here in Egypt there is no West End and horror films, which seems to be the genre I work with most, but that is because the profession of costume designer does not exist in Egypt. We have stylists who can suggest outfits, but not costume designers. I wish to revive the former glory of Egyptian cinema and theatre. I believe Egypt has a strong potential in film and theatre and I wish to be the change these industries need to produce strong credible content for the Egyptian spectator and the international audience in our visually literate world. I also wish to simultaneously work as an 'artwear' designer and push for a sustainable clothing movement in the Middle East, the hub of fashion. It sounds challenging but also very exciting! How's the creation of your own brand going?

The first collection is in the making and I am launching in a couple of months!

What's the best thing about being a costume designer?

The best thing about the Costume world is its relevance in literally every aspect of life. I've learnt that Costume is an emancipative tool of expression, it is about breathing life into characters. The best thing about my job is the satisfaction I get after long sleepless days of work. Seeing the outcome of my hard work to bring a character to life overwhelms me with joy and pride. 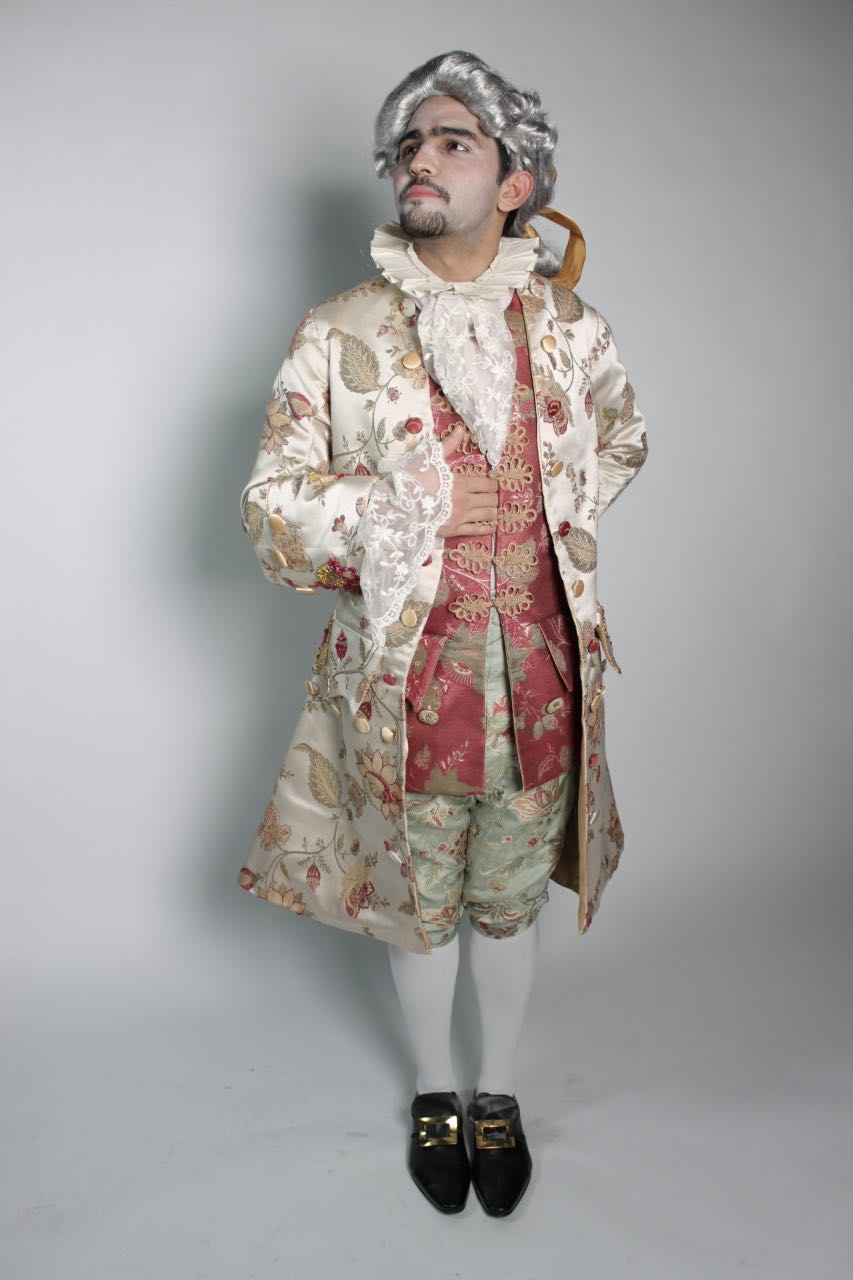 The best thing about my job is the satisfaction I get after long sleepless days of work. Seeing the outcome of my hard work to bring a character to life overwhelms me with joy and pride.

Was that always your dream job?

That's a lot of different options! What made you go for costume design in the end?

Medicine was my first option before I discovered the costume course at LCF. People find my switch very eccentric and that the two professions are completely different, but I find them very similar in the way that they both involve a lot of anatomical consideration and the paying of attention to a person's story. Costume is about storytelling and I love that fashion is derived from costume, and that costume is telling of cultures and histories, and that histories are all about people. Costume seems like a very specific subject to study and specialise in, but in reality, I find that it caters for my varying interests and my diverse personality. It is a general study of time, people and society.

And why did you choose to study at LCF?

When I was passing by LCF campus near Oxford Street as an eight-year-old tourist in London, my mother told me how she got accepted to study there but was not allowed by her parents to study abroad. She told me that she still thinks about the sort of person she would have been if she had pursued her dreams. From then onwards, I always kept a close eye on LCF, but never thought I would follow in her footsteps... When I opened LCF's website during school's summer holidays, purely out of curiosity, the first thing I clicked on was the BA Costume for Performance Course. Immediately, I knew this is what I wanted to spend the rest of my life doing. I did not look further at any other courses because I had found what I wasn't even looking for!

What's the biggest lesson that you learned during your course? 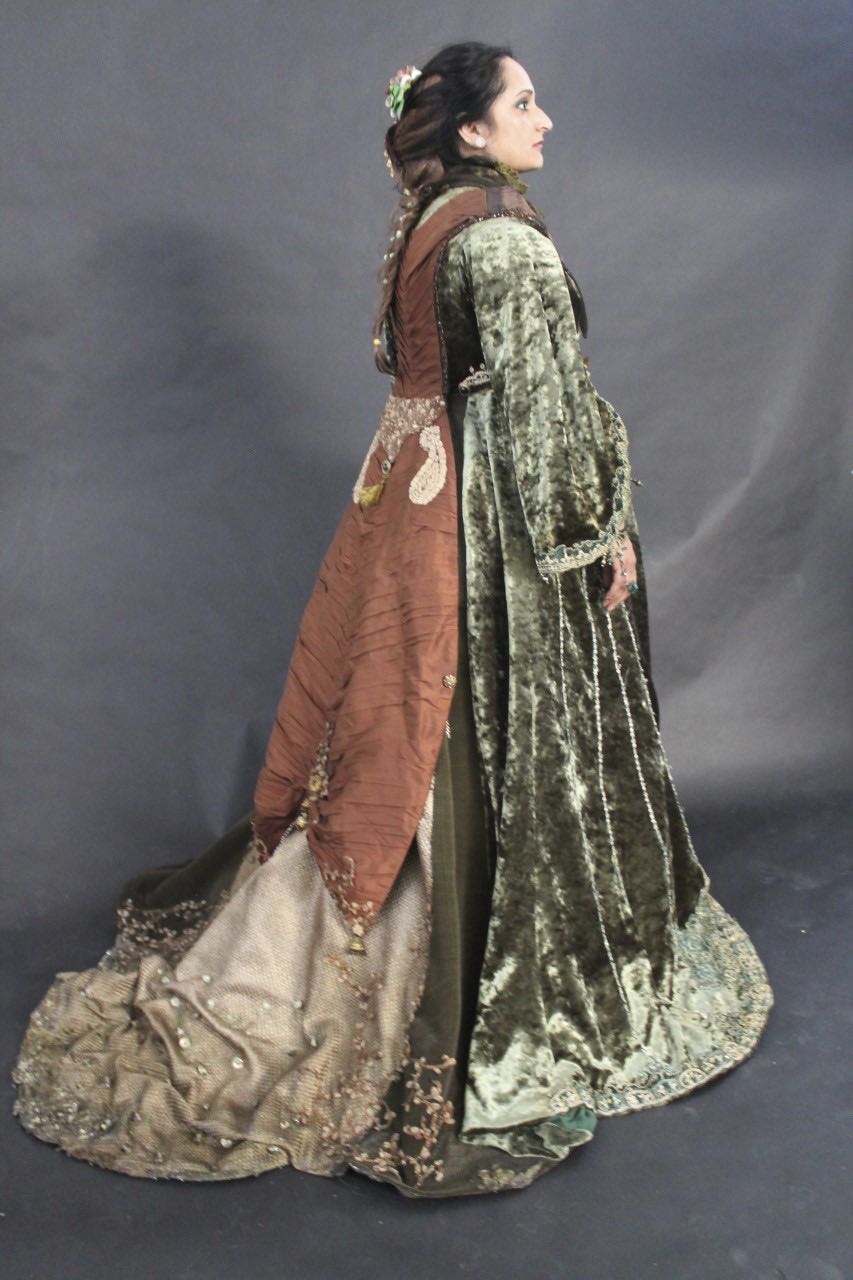 Do you think your time at LCF helped you to better define your career?

LCF disciplined me and taught me to seek inspiration all the time and to seize every opportunity I get.

LCF taught me many life lessons. Being actively involved in many communications between students and faculty, I realised that I enjoy working with people. My course at LCF involved a lot of collaborations and so it equipped me with communication skills. I was taught to work under pressure and meet deadlines. In general, LCF disciplined me and taught me to seek inspiration all the time and to seize every opportunity I get.

You finished your BA Costume for Performance in 2014. What is the biggest highlight of your career so far?

My first collaboration project at university will always be the one to shape my design style and all future inspiration seems to stem subconsciously from this project. We were given a play called 'Oh, What a Lovely War!' and we had to create the entire concept from scratch in a team of costume designers, technical effects students and make-up students. My costume was then entered into the World of Wearable Art Competition in 2013 and won Best UK/Europe Costume. The political messages behind that costume made me realise about my organic interest in politics (which I ended up studying as a Master's Degree afterwards at London School of Economics and Political Science), and my desire to express my views on our world in the form of art and symbolism. 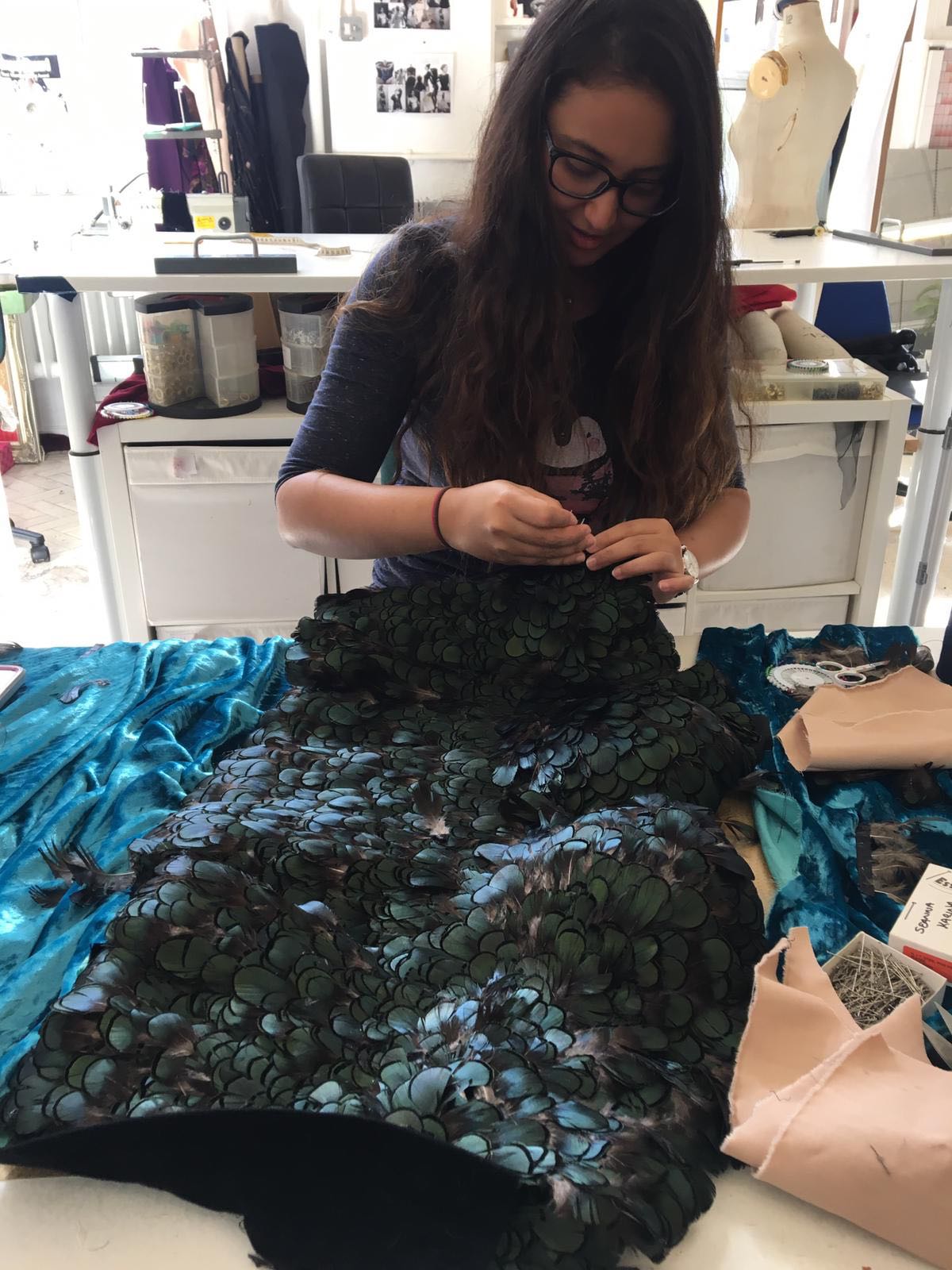 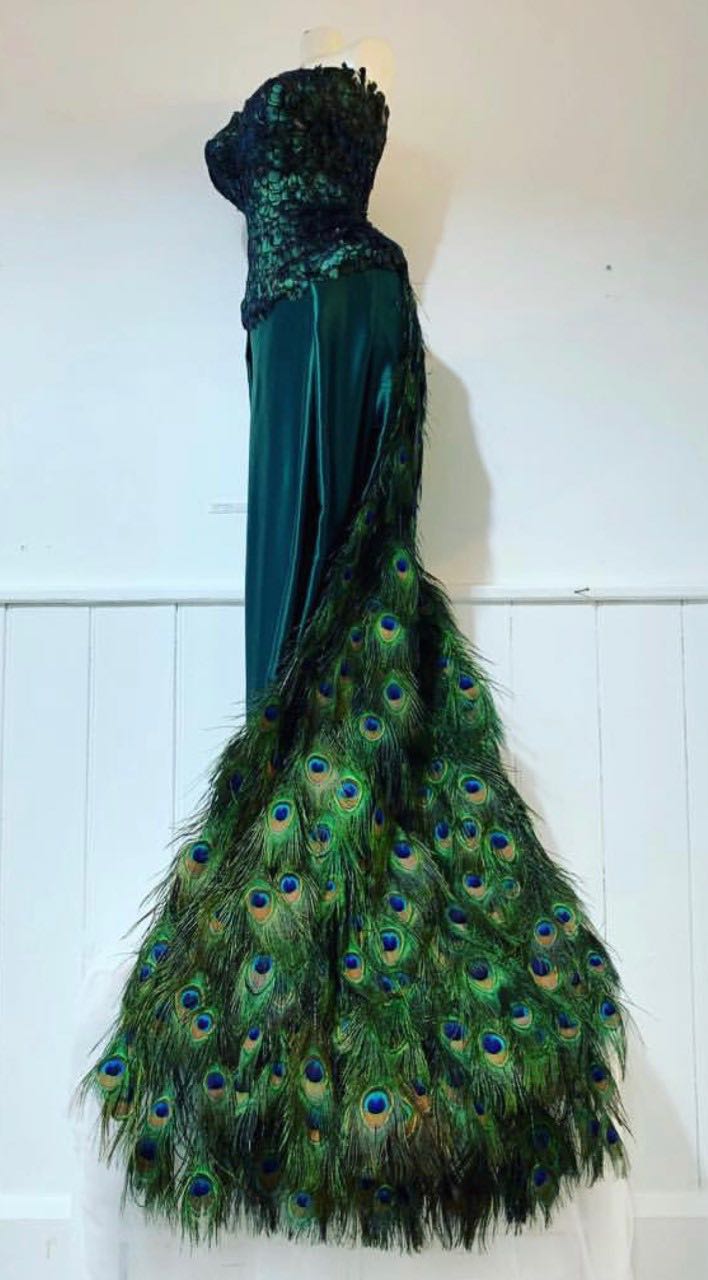 Since graduating, have you encountered any challenging projects you've worked on?

One of the most challenging roles for me was working with a renowned corsetier in London on a project where I made a peacock costume with 5000 individually stitched feathers on the corset alone. The costume took 420 hours in total to make and consisted of mostly hand stitching. I ended up losing sensation in my index finger and thumb which made it even more difficult to sew. It required a lot of patience and perseverance but I am so happy with the outcome. That moment where the whole costume comes together and you see a character in front of you is worth all the pain and sleepless nights!

What piece of advice would you give someone looking to pursue a career in the world of performing arts?

The same advice my foundation teacher gave me: Make sure you really love this and if you do, don't think twice about pursuing it. There will be difficult times along the way, with tight deadlines, difficult clients and unrealistic expectations, but the dynamic nature of it and the satisfaction it gives beats all these difficult times. Make sure you are in it for the passion and innovation, and be sure to enjoy the adrenaline rush of creating the magic that happens behind the scenes. It may seem scary at first, but it soon becomes thrilling.

After becoming a costume designer, I cannot be anything else. Nothing feels the same as the world of performing arts. Find out more about BA Costume for Performance