In only two years Kathleen Nellis has gone from being a MA Costume Design for Performance graduate to working in major film productions like Phantom Thread. In this interview with LCF, the London-based costume designer and maker tells us all about her journey and how she got to where she is now.

How did you get the opportunity to work in the production of Phantom Thread?

I was lucky enough to be recommended by my tutors to the Head Cutter on the Phantom Thread film, who had put out a call looking for a Costume Trainee Maker. I went for an interview and was offered the job on the spot. It was due to start straight after I finished my course, and it was an amazing opportunity to be given straight after finishing my degree. 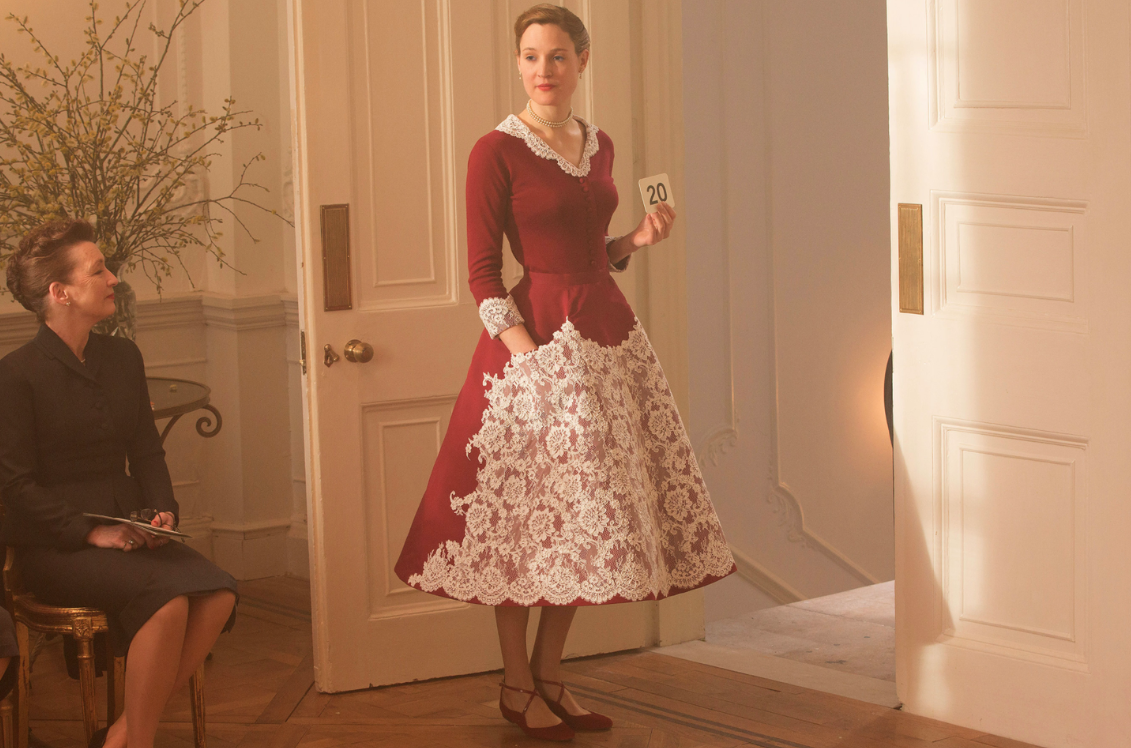 I bet it was not only a huge opportunity, but also a big challenge for you. Do you remember working in other projects that you found particularly challenging?

I worked in the costume department for the Sky One TV series, 'Bounty Hunters.' For this show we had a limited amount of time to prep costumes before filming began, and the filming took us to the middle of nowhere in Spain for months at a time. It was a challenging project due to the conditions of filming in the desert, as well as living there and only being able to socialise with the people you work with during this time! Working abroad always sounds extremely glamorous but it definitely comes with its challenges.

From all the projects you've worked on, which one are you most proud of? 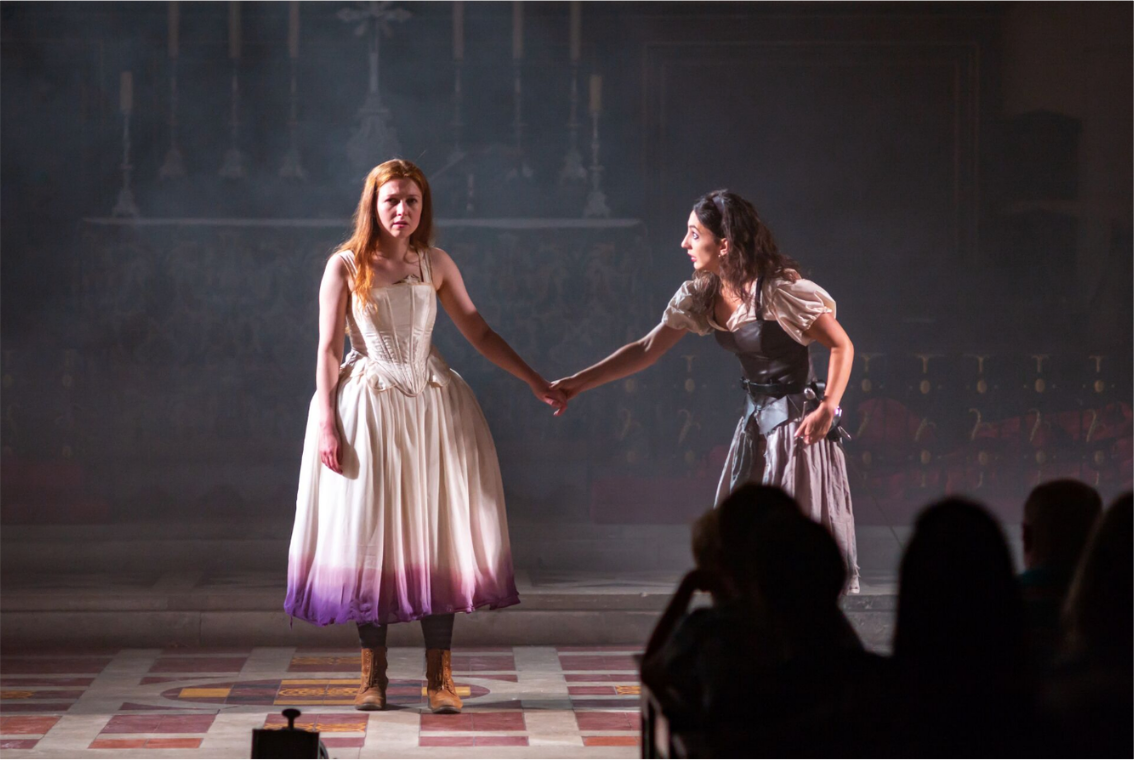 I am most proud of my work as the costume designer on the Iris Theatre production of The Three Musketeers. This was my first job in which I had 10 amazing people helping me to create my designs. I had a micro budget to work with in order to design and create 40 costumes for the show but it was the most enjoyable work I have done so far. Theatre allows you to be so creative when it comes to costuming characters, and the costumes we managed to create for this show were a true reflection of team work and fun. They were very well received in reviews and the show itself was nominated for a number of off-West End awards.

You've had the chance to experience what it is like working in productions for cinema, TV and theatre. Which one do you prefer?

"The creativity and freedom involved in the design and creating of costumes is great."

Theatre is my favourite place to work when it comes to costume. The creativity and freedom involved in the design and creating of costumes is great. I also enjoy being my own boss and having the time to work from my studio in London. Film and TV is enjoyable in its own way, but I find that theatre is the best place for stepping out of the boundaries of precision and being able to explore different ways of creating and interpreting costume.

Did you always know what you wanted for your career?

I had previously studied BA in Fashion Design in Leeds and had worked in the fashion industry for a few years at the high-end brand Jenny Packham. I realised that, as much as I loved clothing design, I was not in love with fashion and knew that the only path I wanted to take was costume, seeing as I was a massive fan of film and costume on screen.

What made you choose the MA Costume Design for Performance at LCF?

"I decided that the MA at LCF was the best one for me. The amount of creative freedom the course allowed you to have, whilst still giving expert teaching and guidance in creating costumes...was the perfect fit for me."

Having done my research and having lived and loved London, I decided that the MA at LCF was the best one for me. The amount of creative freedom the course allowed you to have, whilst still giving expert teaching and guidance in creating costumes, and expanding your design horizons, was the perfect fit for me.

What's the biggest lesson you learned during the course?

I learned that your limits can always be pushed. Even if you think your first ideas are amazing, you should never settle. You can always develop and expand your design ideas by exploring the area of research further or developing your ideas, either on paper or on the stand. The course also made me realise that I am capable of creating anything I put my mind to. I created some extremely ambitious and wacky projects while I was on the course that I would never have thought possible before. Now, there is no project that I would turn down because I didn't think I was able to do it I found that there is always a way - recently I created a set of bionic limbs for an American music video. If it wasn't for the course then I would never have realised I could do something so different from standard dressmaking! 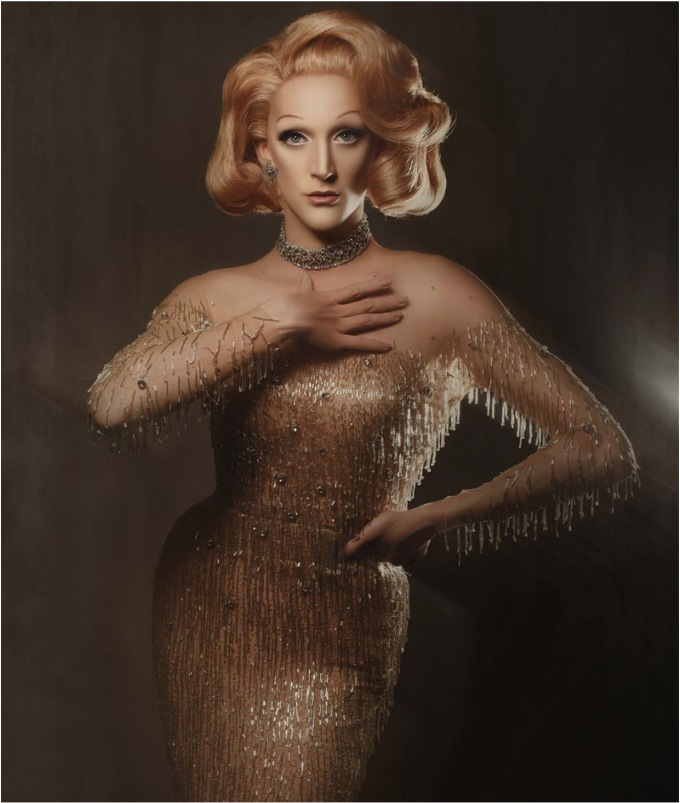 "I created some extremely ambitious and wacky projects while I was on the course that I would never have thought possible before."

And what's the best piece of advice you received from your lecturers?

I was adamant that I only wanted to be a costume designer, but my lecturers on the course helped me to see that my skills and passions also lay in costume making. Following their advice has been the best thing I have done for my career as this is the side of my job I love the most. Being a maker for films and theatre is so fun and versatile and I love being able to see what I have physically created at the end of a day. Listening to their words and guidance on what they saw my strengths as was a key part in building my career.

Do you think that studying at LCF helped you launch your career?

"LCF gave me a great starting point of not only giving me my first connections into the industry, but teaching me a great level on professionalism, dedication and hard work that is necessary when it comes to the costume world."

LCF gave me a great starting point of not only giving me my first connections into the industry, but teaching me a great level on professionalism, dedication and hard work that is necessary when it comes to the costume world.

What's the best thing about your profession?

I love the variety in the work I get to do. One day is never the same as another. I get to work on 8-10 different projects a year which involves meeting new people all the time, having the chance to explore different eras and styles of costumes and being able to take time off in between some very long and gruelling work days! Being a freelancer comes with a variety of pros and cons but as long as you are patient, hardworking and a good networker you can make it work and enjoy all the benefits of being your own boss!

What is the biggest highlight of your career so far?

The morning I woke up and found out that Phantom Thread, the first film I had ever worked on, had won the Oscar for best costume design was a true highlight. It felt amazing that something I had worked on and helped create costumes for had been recognised as the best costume design of the year.

I have recently worked on an upcoming film starring Keira Knightly, which is a true story about the Miss World Pageant in 1970 and a group of feminists storming the stage. The 70s costumes were gorgeous, along with all of the amazing pageant costumes we were able to create!

What piece of advice would you give to someone looking to pursue a career in the world of performing arts?

Be ready to work hard, put in long hours but have a huge amount of fun along the way. Find your niche and the thing that makes you happy when you are working and try to follow that path as much as possible! There is nothing worse when you are a creative person that being stuck in a job that is unfulfilling to you. Enjoy the ride! 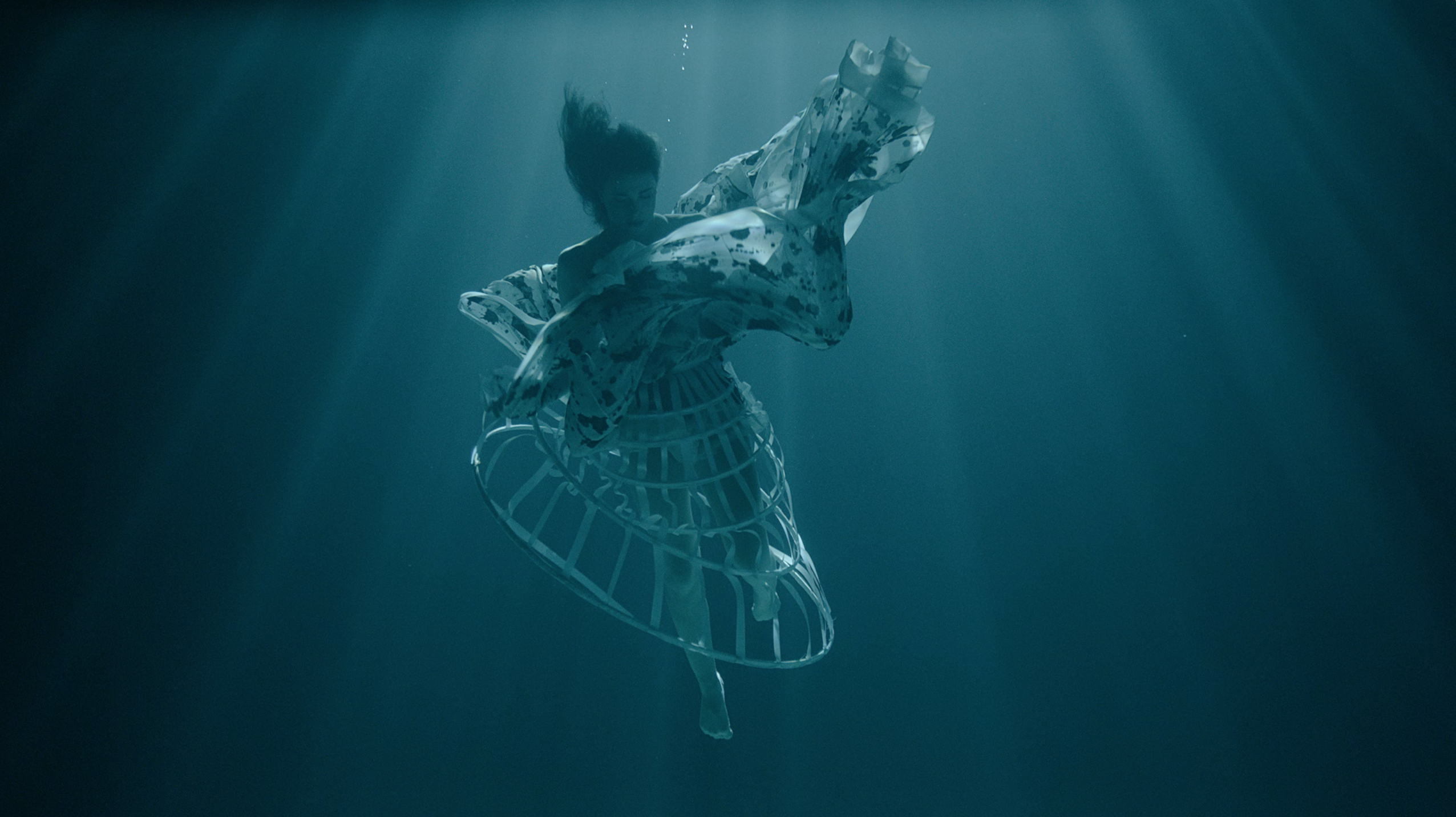 Find out more about MA Costume Design for Performance