LCF BA (Hons) Fashion Design and Technology: Womenswear graduate Róisín Cummins shwocased her final collection on the #LCF19 show in July. She recently told us about her experience at LCF, what it was like for her to participate in the graduate show, and how fighting for her own creative ideas has helped her to find her voice as designer. 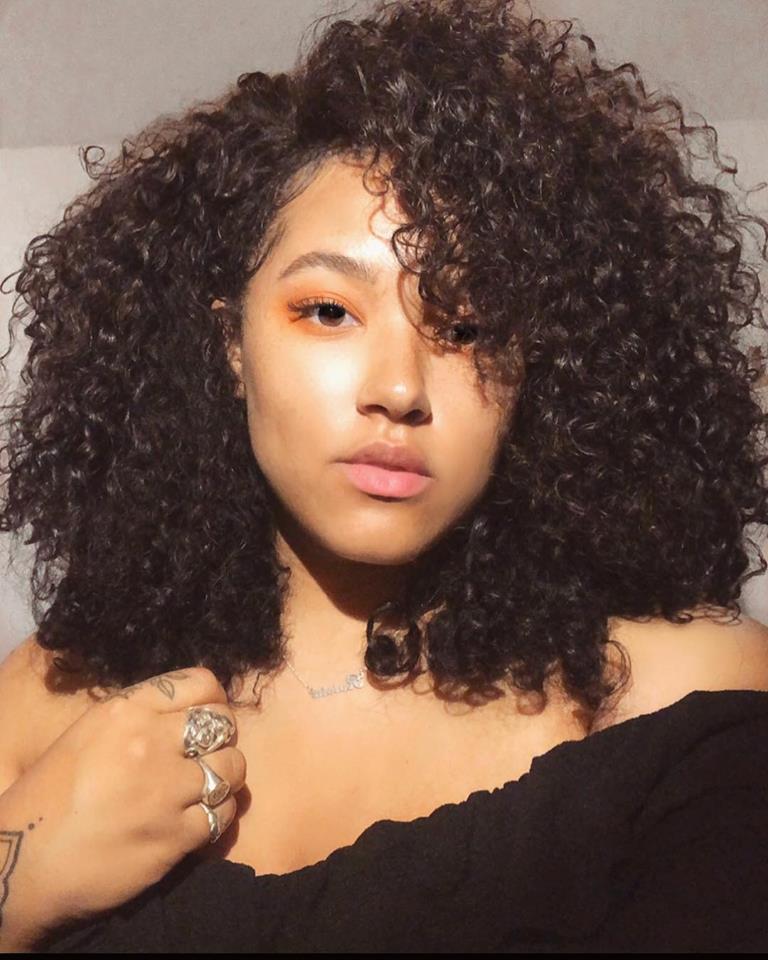 Hi Róisín. You recently graduated from your BA Womenswear, congratulations! Did you always know you wanted to be a designer?

I think I knew from a very young age! First, when I was about 8 I wanted to be a make-up artist, but then I changed into fashion designer. I’ve always been surrounded by a creative environment in my family, and having their support really gave me that final push to become who I wanted to be and study what would make me happy. I’m unbelievably lucky in that sense!

Why did you decide to study at LCF?

UAL has always been on my radar and I’ve known London College of Fashion for as long as I can remember — it’s always been the biggest university that you can think of if you want to do a creative career.

I started studying fashion in another university because I wanted to push myself and try something different. After my first year, I wasn’t happy with what I was doing, so I took a year out of uni and went to get some hands-on experience in the industry.

Do you think this experience helped you to have a clearer idea for your career in fashion?

Absolutely! It was a very important learning experience for me, because during that time away from the academic world I got to know myself better and I understood which path I wanted to follow. At 18 I was too young, and I think it’s so hard to know when you’re ready for uni. Especially when you want to do something creative, at that age is very difficult to know exactly which route you want to take. You ended up doing the BA Womenswear at LCF. Did the course help you to follow the path that you wanted to follow as a designer?

My time here has been hectic, but in a good way! It’s been a wonderful experience because I’ve been constantly surrounded by so many different creative minds. However, when I first started, and even throughout my second and third year, I was always a little bit too afraid to design what I wanted. All my stuff is based on different elements of fetishism and femininity, and I was scared people would think it was trashy, so I always avoided it.

It was only until I started designing for my FMP, with the support of my tutors and my family, that I decided to go for it! What’s the point of presenting a final collection that doesn’t represent who you are?

What advice would you give to students who face those same fears?

It’s very normal to doubt yourself at some point, especially in the beginning when you’re trying to define who you are as a creative, but I think LCF can definitely be the place to find your voice as a designer. Those fears may go away once you start working with dedicated lecturers who encourage you to fight for your own ideas. They might even criticise your style sometimes, but you also need that! They’re preparing you for the kind of criticism you might receive in the future, once you step into the industry.

My mum’s support has also been really important during this whole process. She pushed me to follow my creative ideas and design what I truly wanted without worrying about what others might think.

Where do you draw your inspiration from for your designs?

I’ve always been inspired by figures like Vivienne Westwood and Gareth Pugh, and my absolute fashion muse is Daphne Guinness. Lingerie and body contour also play a big role in my design process. As a designer, I’ve ended up creating my own creative style that combines many different elements of dark fashion with a more pretty, feminine and empowering look.

Body confidence is a big thing for me. I would love to create garments that, not matter who you are or what you look like, would make you feel amazing in them.

Tell us a bit more about your final collection Integument. What was the idea behind it?

Since the beginning, I knew I wanted to create a collection focused on fetishism and femininity, and I wanted to look through the eyes of Daphne Guinness. I paid attention to the key elements of what she wears, like high neck collars and catsuits, and I drew inspiration from there to create my own style. I incorporated drag-queen padding techniques in my designs to aid the idea of hyper femininity and exaggeration on the female form.

I also looked at body armour because I wanted to bring an element of lingerie into it, following the idea of creating garments that fuel women’s confidence and make them feel sexy, but making them feel protected at the same time. 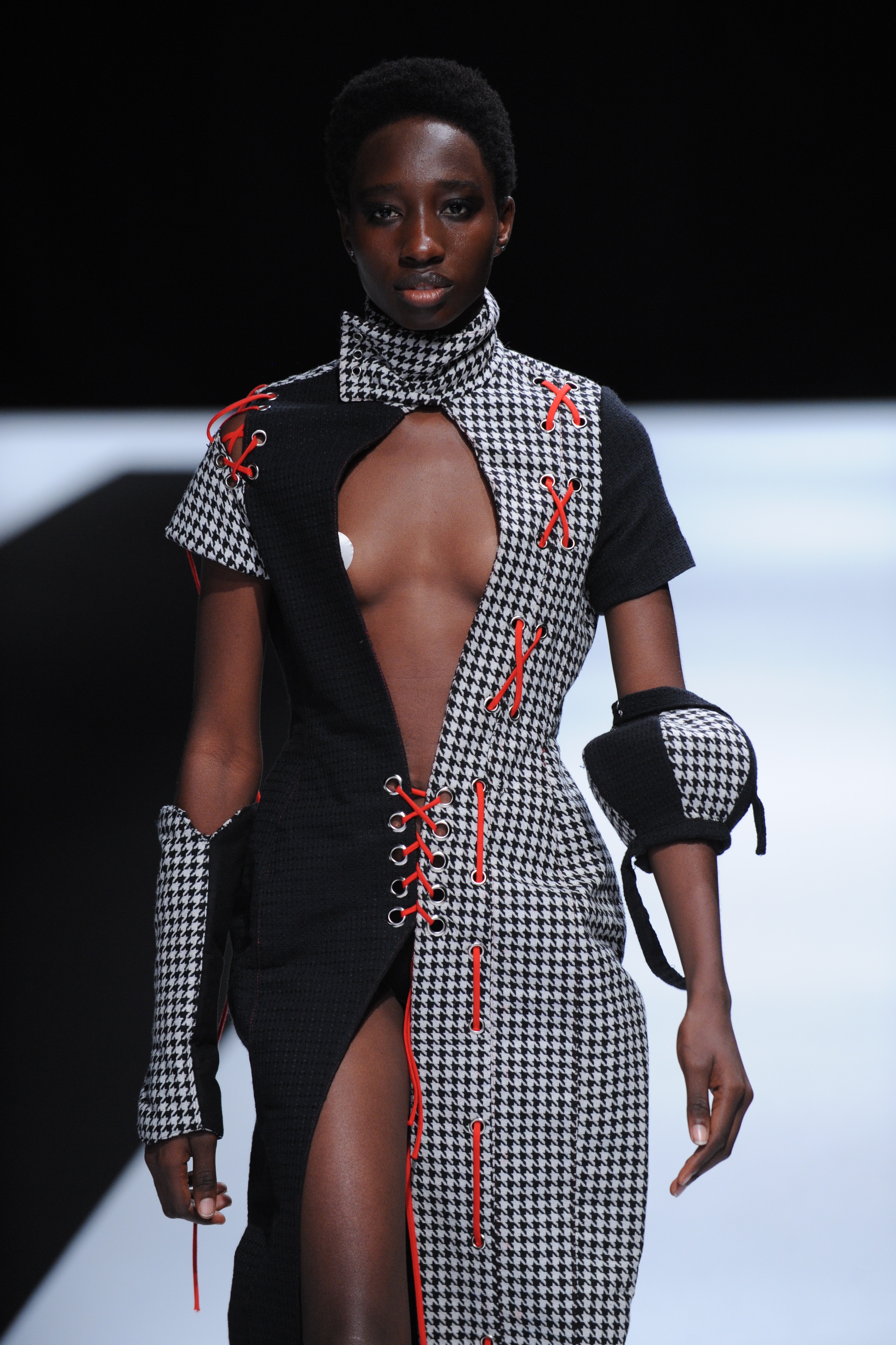 I worked with the Creative Director for LCF19 when we were preparing the final touches for my collection. We played around the idea of creating a more impactful image for the catwalk, including different elements of fetishism – my collection originally included balaclavas, but the Creative Director suggested to add oversized red plastic lips on some of the models, similar to Alexander McQueens’ collection Horn of Plenty.

Unfortunately, some people didn’t see the fetishism references in the same light, and that resulted in some misinterpretation about the intention behind my collection. It’s unfortunate that it happened, but I guess it was a lesson for all of us. In the end of the day, I created a collection based on female empowerment, with garments that would make women feel sexy, confident and proud of who they are. That’s the true message that I wanted to communicate with my collection.