In light of our #LCFDigitalFashion season before the launch of the Digital Anthropology LAB on the 16th October, we’re featuring the digital work and production of LCF. Ada and business partner Nik Thakkar have build a reputation for innovative performance materials and luxury. The launch of the new camera-enabled biker jacket hopes to appeal to more social media-savvy men with a keen interest in technology. 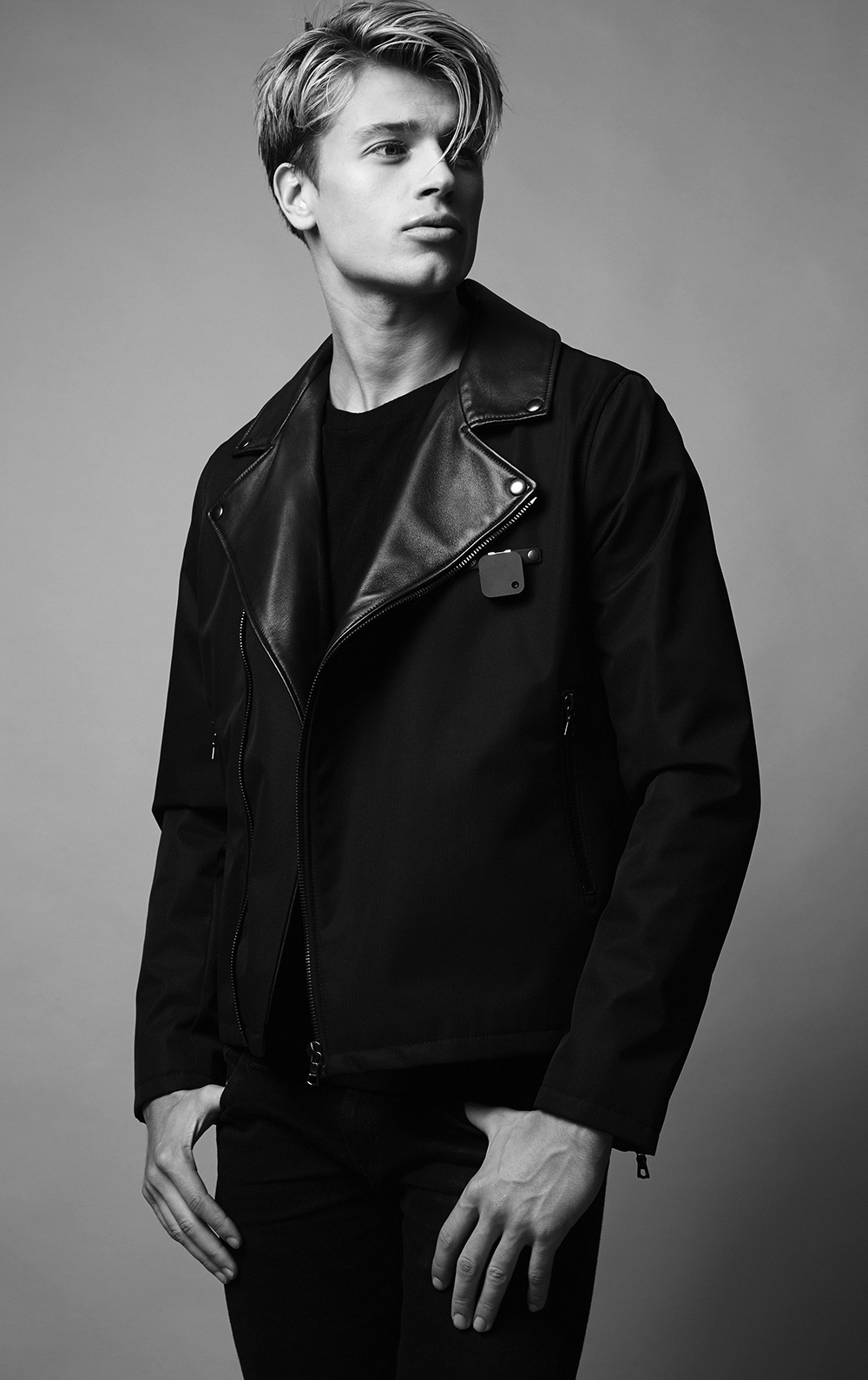 Ada + Nik claim the jacket is the first of its kind in the world. The product was collaborated in design with rapper will.i.am’s green-friendly outfit Ekocycle, which aims to turn waste into new materials and fashion. The camera-enabled feature, which clips-on to the jackets breast pocket can collect an image every 15 to 30 seconds. The 8 megapixel camera can store up to 8000 images, they can then be automatically synced to an accompanying smartphone app.

The camera feature can be clipped-off for those that don’t want the digital element to the jacket, but it claims to be a valuable asset for men who struggle to whip out there phones in time to capture the moment. London born and based, Ada also studied short courses in Draping and Experimental Pattern Cutting after leaving LCF as a first class graduate and setting up Ada + Nik. 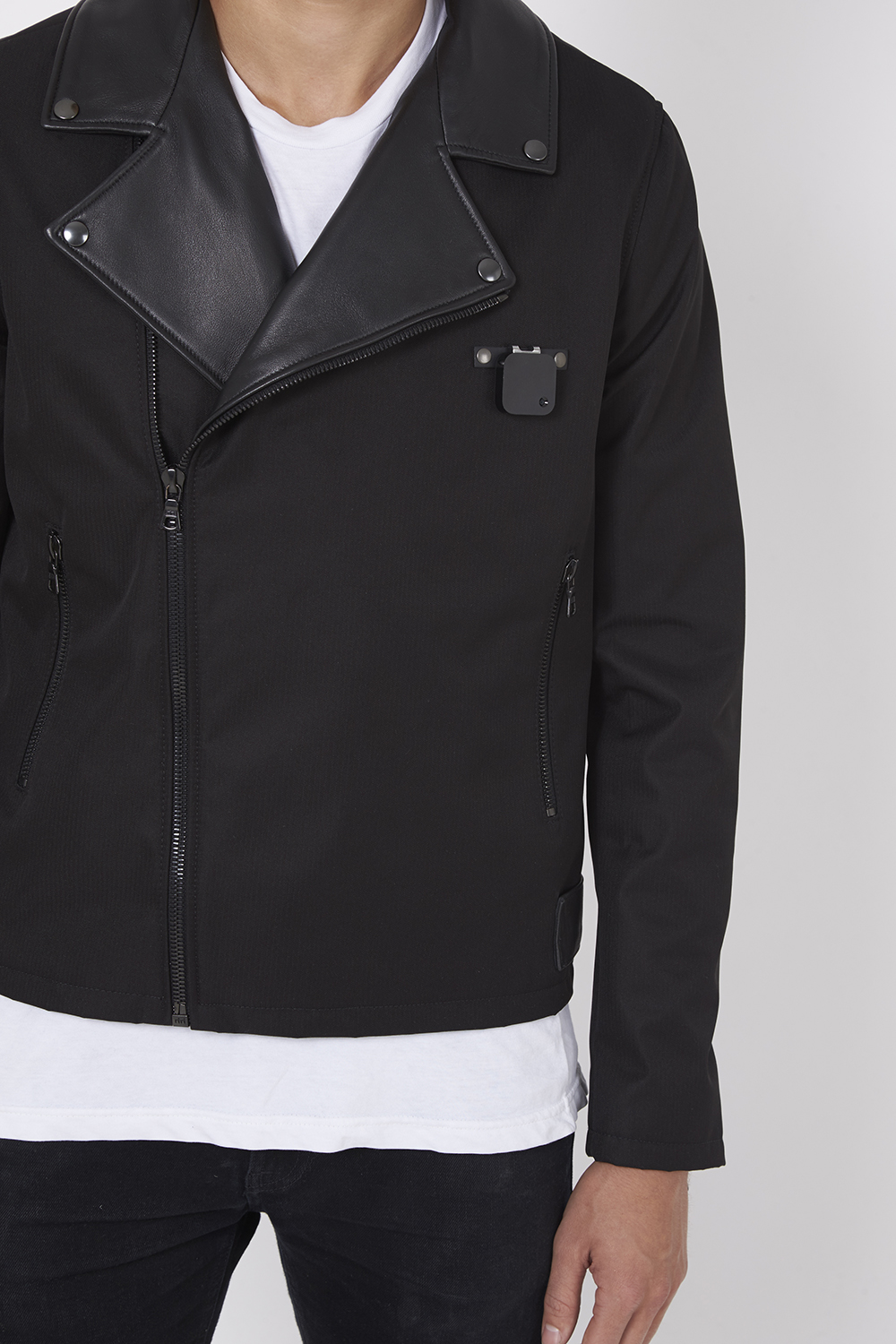