The week in fashion – 25 August

Each week LCF News brings you a round-up of the most interesting stories from across the fashion industry.

Supermodel and now contributing editor of British Vogue, Naomi Campbell, hit out at the magazine’s previous editorial staff on social media. The news comes after Alexandra Shulman left her post with a storm of controversy after criticising the publication and a final cover lacking diversity. The image she posted on social media features no black faces among a 55-strong team. Edward Enninful recently took over the publication and appointed Naomi, along with Kate Moss and film director Steve McQueen, as contributing editors. The supermodel, along with broadcaster and commentator Edward Adoo, both addressed the issue and hoped Edward’s appointment will lead to a more inclusive and diverse team at British Vogue. 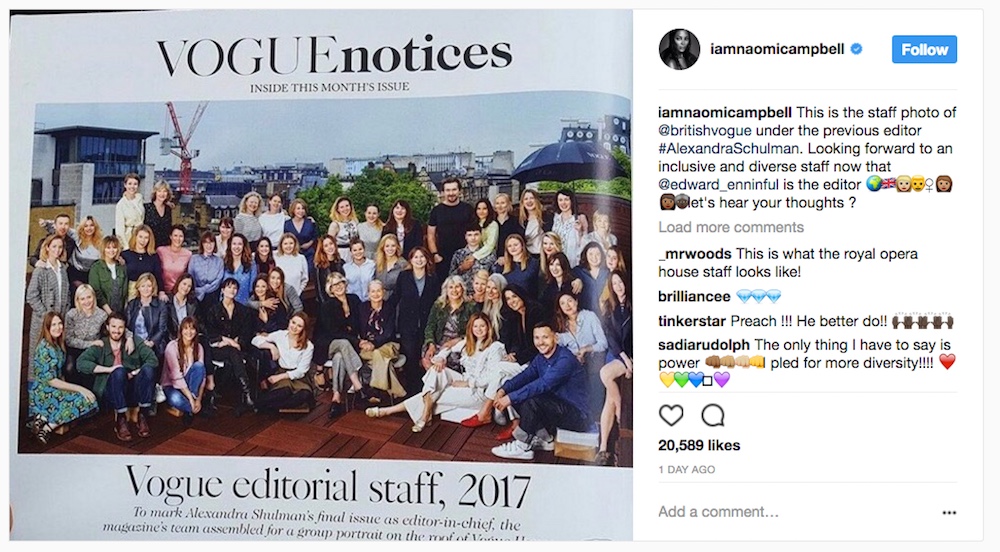 The BHS saga enters a new chapter as the BBC reported this week that the Pensions Regulator is to prosecute the chain’s former boss Dominic Chappell. Two years ago, the then owner Philip Green sold BHS to Chappell for £1. The following year the high street giant collapsed, resulting in 11,000 job losses and a pension deficit of £571 million – Green eventually agreed to hand over £363 million in cash to the BHS pension scheme after a public outcry. This latest development means Chappell will be charged for “failing to provide information and documents the regulator requested during its investigation into the sale of BHS.”

Already one of the most recognised retailers across the country, the Swedish giants’ umbrella currently comprises of H&M, Monki, Cheap Monday, Cos, & Other Stories, with most towns and cities having one or more of these stores on their high streets. The group has debuted two new ventures on Regent Street next to each other, Arket and WEEKDAY. Both are set to shake up the high street and add to the group’s already dominant share of the market. 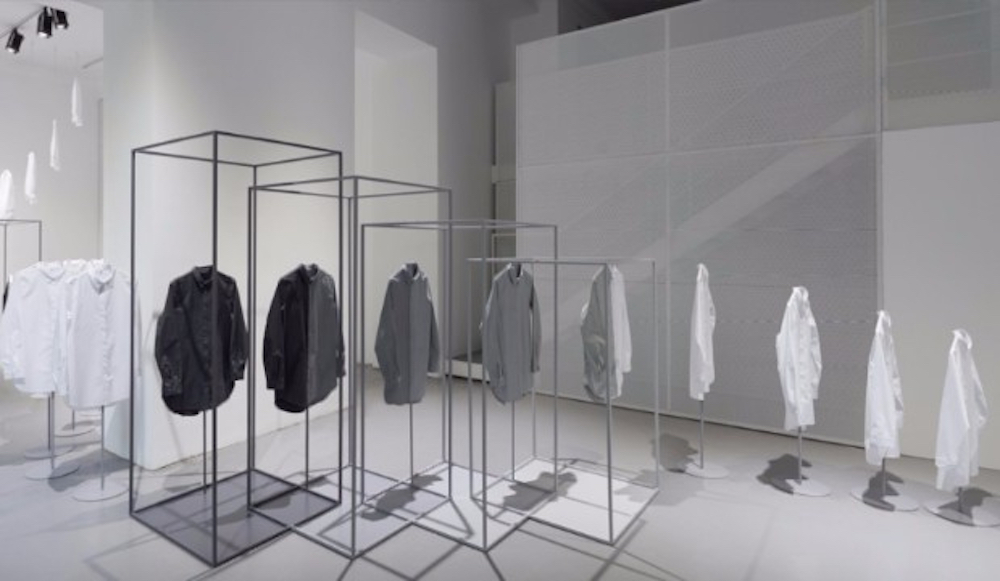 Are Neo-Nazis’ using fashion in an attempt to normalise themselves?

Washington Post journalist Robin Givhan erupted a discussion on social media this week after saying the “fashion industry needs to speak up” following a white nationalist march in Charlottesville. Robin said “fashion has become a stealth weapon for white nationalists. Neo-Nazis have bought into fashion’s ability to camouflage, distract, embolden, reassure, flatter and, quite simply, lie.” Questions were asked about the lack of condemnation from designers, stores and leading figures in the industry, by Robin. But is her perspective justified? Many took to social to debate the article and question why fashion needs to speak up if other industries are yet to make a statement? Full story.

The owner of the Net-a-Porter luxury fashion website is to hire at least 100 more IT experts over the next two year to open a tech hub in White City, west London, shrugging off the suggested impact of the Brexit vote. The news is a big boost to fashion tech in London and a vote of confidence in UK fashion, despite the looming consequences of potentially leaving the single-market. The new building will bring together the British teams from Yoox, the Italian luxury sales site, and Net-a-Porter, the group founded by Natalie Massenet with which it merged in 2015. Full story on The Guardian.