HBO approached Anthea and the Guild following the worldwide recognition the Magna Carta collaboration received. HBO wanted to create a special artwork to stitch to form the backdrop to mark the release of Game of Thrones series five on DVD, and the launch of the season six later this month.

The idea was formalised in late December 2015, Anthea then chaired a collaboration of 160 different embroiders who collectively worked for 30,000 hours on the piece that measures five metres in length and four metres high. The team and embroiders throughout the country came together and completed the full piece during the second week of March 2016. 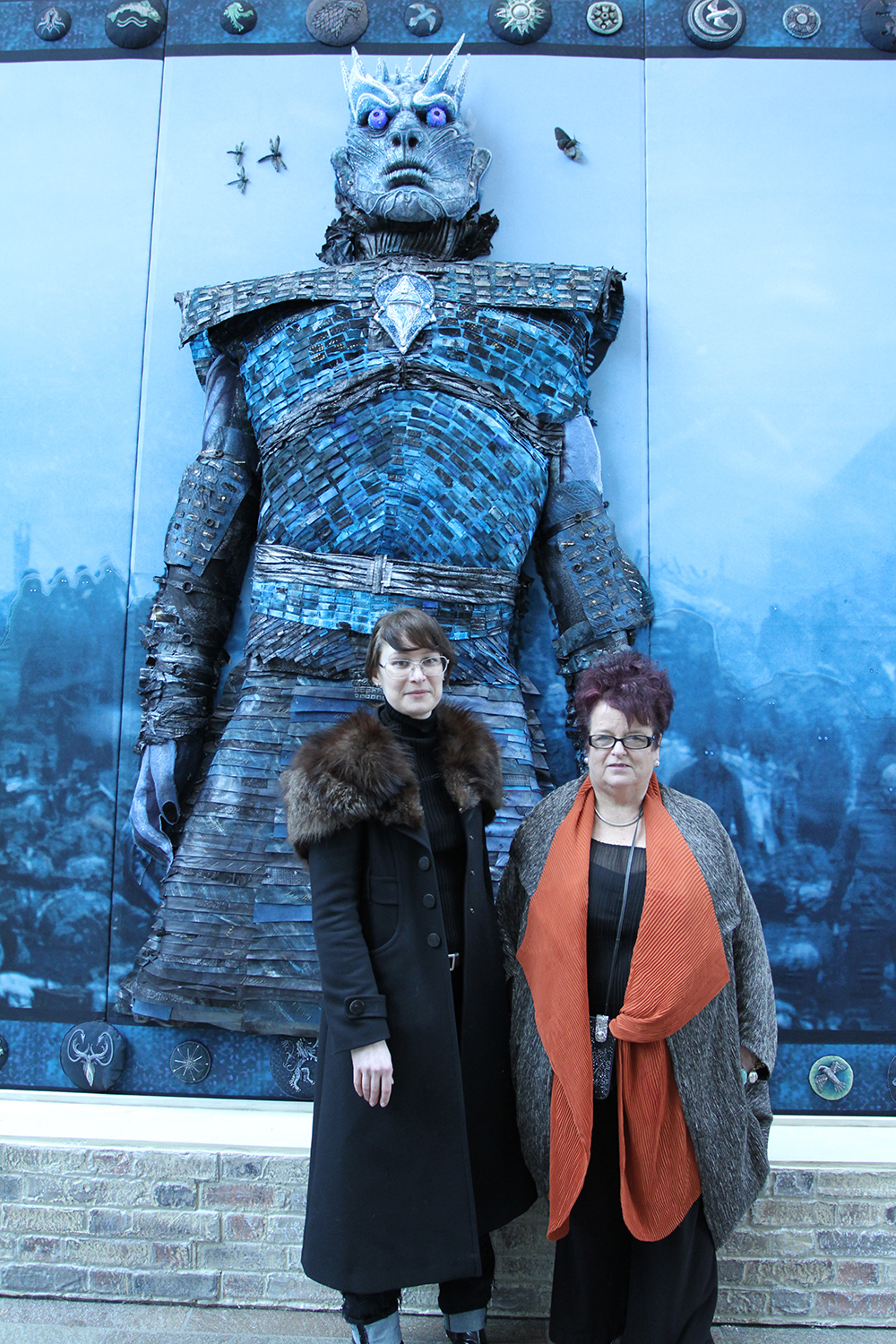 Anthea Godfrey with an embroidery alumna who studied in one of her courses.

Speaking to LCF News during the launch at CSM, Anthea said:

“We are very happy with the outcome and HBO have also been very enthused with it, there’s now talk of taking it to America for the launch of next series. They did put a leap of faith in us (Embroiders’ Guild) to create something this big in such a short space of time, I think they want to work with us again on another project. There has also been several UAL and LCF alumni working on the piece. Funny story, the person who created the insects on the outside of the White Walker was one of my students at London College of Fashion, she is now Head of Embroidery for the whole of Game of Thrones. “ 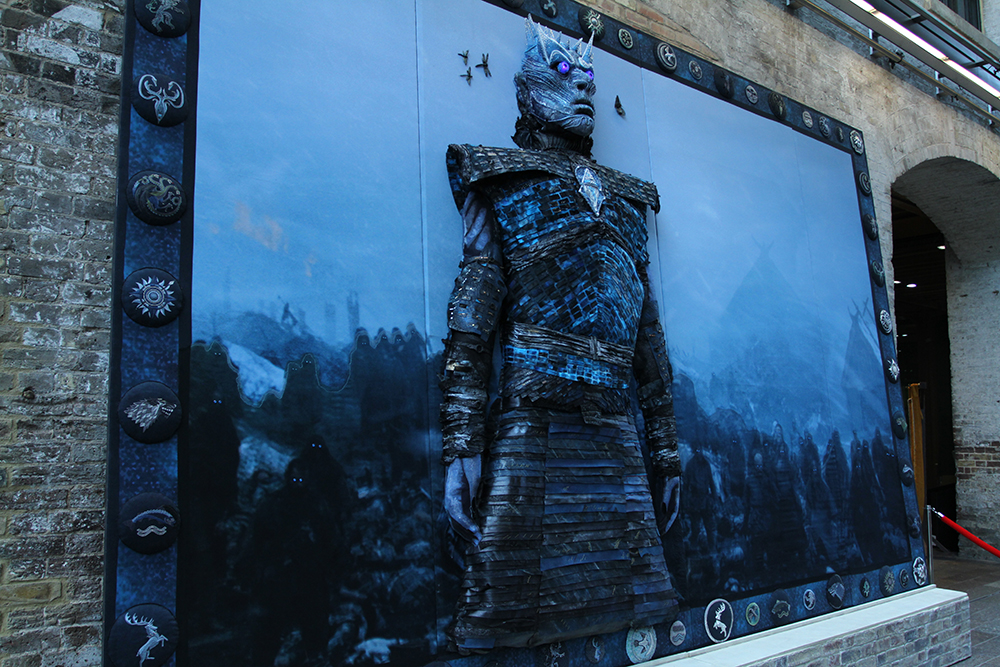