Six MSc Cosmetic Science students received awards and a share of £6000 worth of bursaries at the annual Cosmetic Toiletries and Perfumery Association (CTPA) ceremony held at London College of Fashion last month. 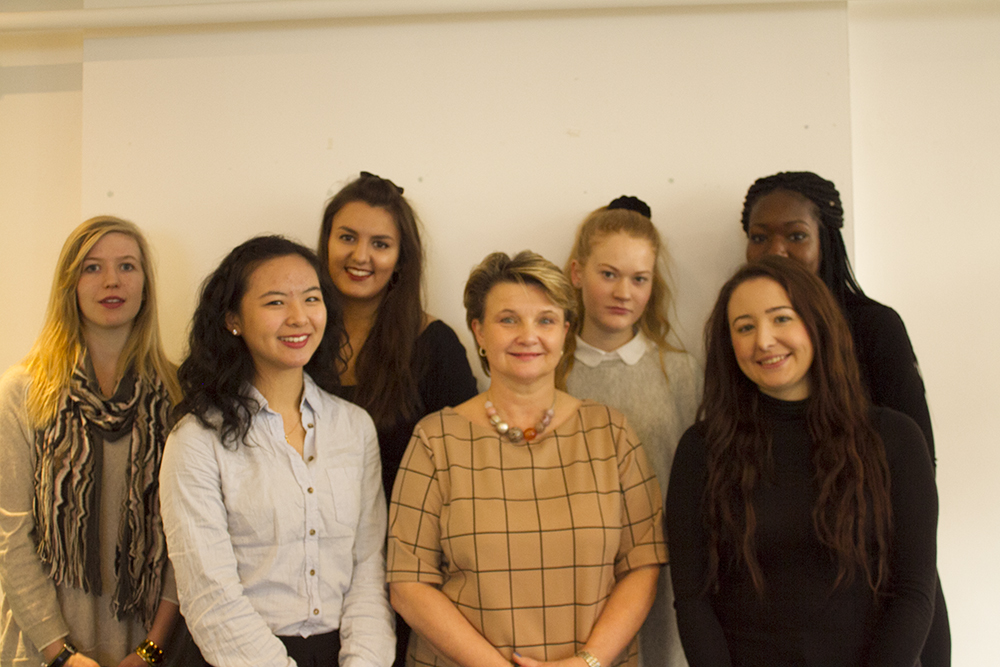 MSc Cosmetic Science students at the CTPA Awards with Debbie Hunter, Director of Commercial Affairs at the CTPA.

The ceremony, which took place on 25 January, celebrates the LCF’s future cosmetic scientists.  Debbie Hunter, Director of Commercial Affairs at the CTPA attended the event and awarded the student prizes. The course, which was originally BSc Cosmetic Science before changing to integrated MSc in 2012, has been supported by the CTPA since its inception in 2000.

The awards select two individual winners from year one, year two and placement year of the integrated MSc. Year one students Liberty Angris and Hadley Matthews were both for the Best Student Award. The year two students were Isabelle Storer who won the Best Student Award, and Tobi Edusi-Okoibhole who received the Best Improver from year one. Placement year student Jasmine Lim won Best Placement Report while Rachael Polowji was selected for Best Placement Presentation.

Following the ceremony, winner Liberty Angris spoke to LCF News about the award.

Congratulations on the CPTA Award, the bursary must be a massive help?

I’m using the award money to reward myself. I work in a bar and for MDMflow alongside studying, so I need a break! I’ve wanted to go to Iceland for years and I’ve finally been able to book tickets for March. Heading onto New York after to visit my best friend who is a fashion photographer out there and so will probably manage to fit an MDMflow shoot in. No rest for the wicked eh!

Why did you want to study MSc Cosmetic Science, and how did you find the previous year of studying?

I spent most of my school life working towards getting into medical school. When it eventually came to it, I decided it wasn’t what I wanted to do. I have a creative side in me and a straight science course wouldn’t cut it. After some research, Cosmetic Science seemed the perfect compromise -I get to study chemistry in an artistic environment.

My first year was challenging, but I threw myself in head first and I seem to have come out of it alive! Studying in London is a completely different experience to other universities. You aren’t in a little bubble but right in the centre of the industries you’re working towards getting into. It helps to keep me focused and makes the industry seem much more accessible because it isn’t another world away – it’s here all around you.