LCF News spoke to Professor Kate Fletcher ahead of the launch of her new book, Craft of Use, which is out on 12 April. The book offers a fresh perspective of sustainability in fashion. In Kate’s words ‘ Craft of Use’ showcases  ‘cultivated, ordinary and ingenious ideas and practices that promote resourceful use of garments and presents them as an alternative, dynamic, experiential way to discuss and foster sustainability in the fashion sector.’ 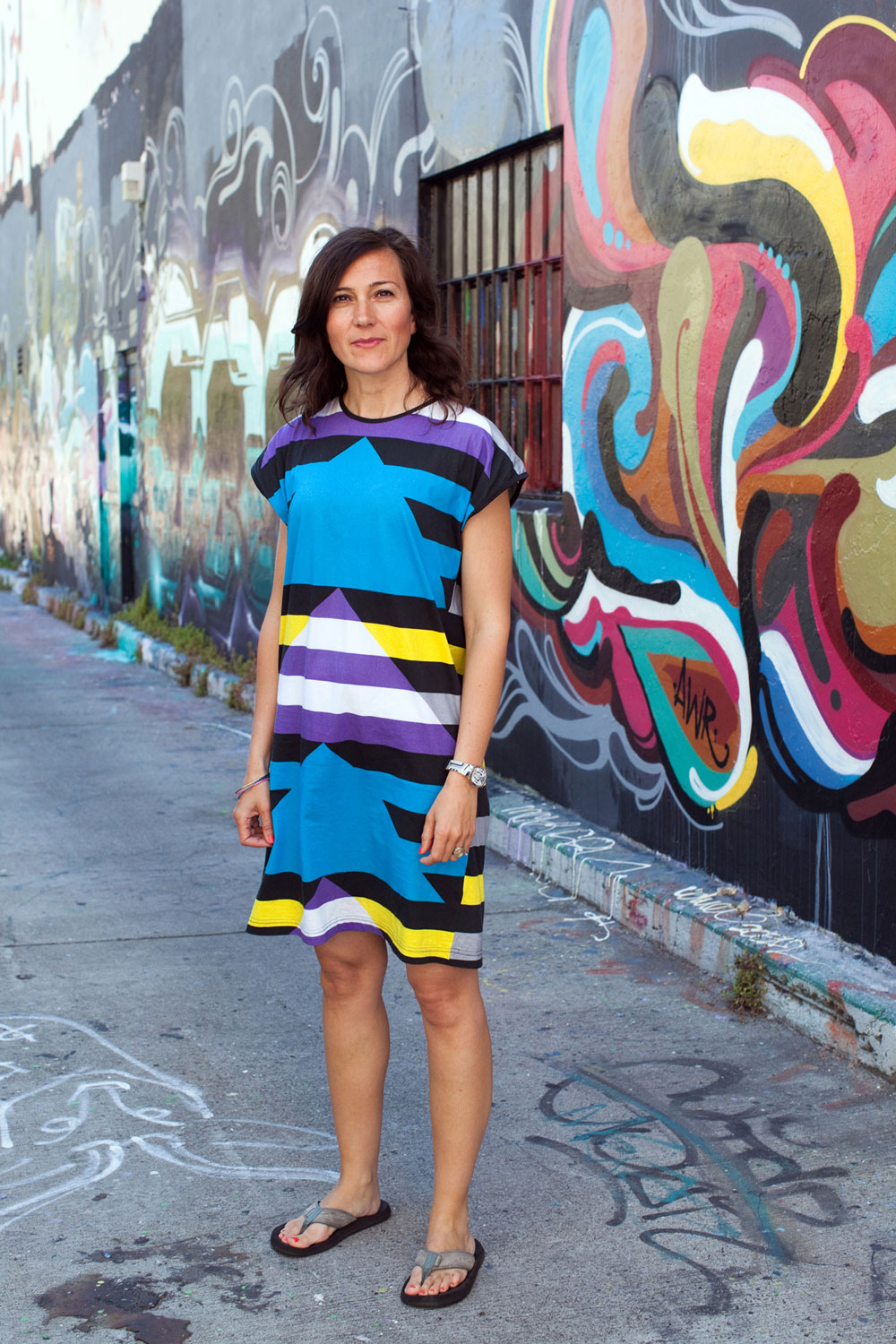 Here, Kate tells us a bit about how the project began, what the challenges were along the way, and highlights how inspiring and hopeful the practices she encountered were.

How did the Craft of Use project begin?

The project began about seven years ago. It started when I heard an amazing story about a professor who walked through rural India, gathering ideas and innovation from the local people. He was really sure that these things mattered, but he was also really sure that nobody took any notice of them. It really struck me that there are a lot of things going on, and that have been going on since clothes were developed, that no one has ever really noticed.

This was an attempt to give some focus to the practices that we never see. From there, I began to realise what a powerful way of looking at things it was – the very simple idea behind the project was to try to give attention to tending and using things [we already have], because no attention is ever placed on that – it’s only ever placed on creating new things, so it’s also an attempt to re-balance that.

How long did the book take to put together?

The book itself took about a year to write, but it’s made up of many stories and photographs of the public, describing how they use things. I was gathering those for the five years beforehand, across three continents – that’s why it took so long. It’s routed in the everyday lives, of everyday people, doing quite extraordinary things sometimes – other times really normal things too, but it’s a whole mix of generally very inspiring stuff.

There isn’t one – I know you would expect me to say that but it’s true! Rather than an interesting place in particular, it was more the case that each place was quite different which was also interesting. For example, the sorts of things that came out of Norway were not in any way copied in the UK. And in Ireland, there was so much raucous laughter and chortling within the telling of these stories, more than in other places, and I just loved the way the character of the people  began to be really visible.

Maybe when you read the stories in combination with looking at the images it makes much more sense, and that’s the thing about it – the image and the story work together. I hope that people will think ‘well yeah, I’ve got all that stuff, I can do that too.’ 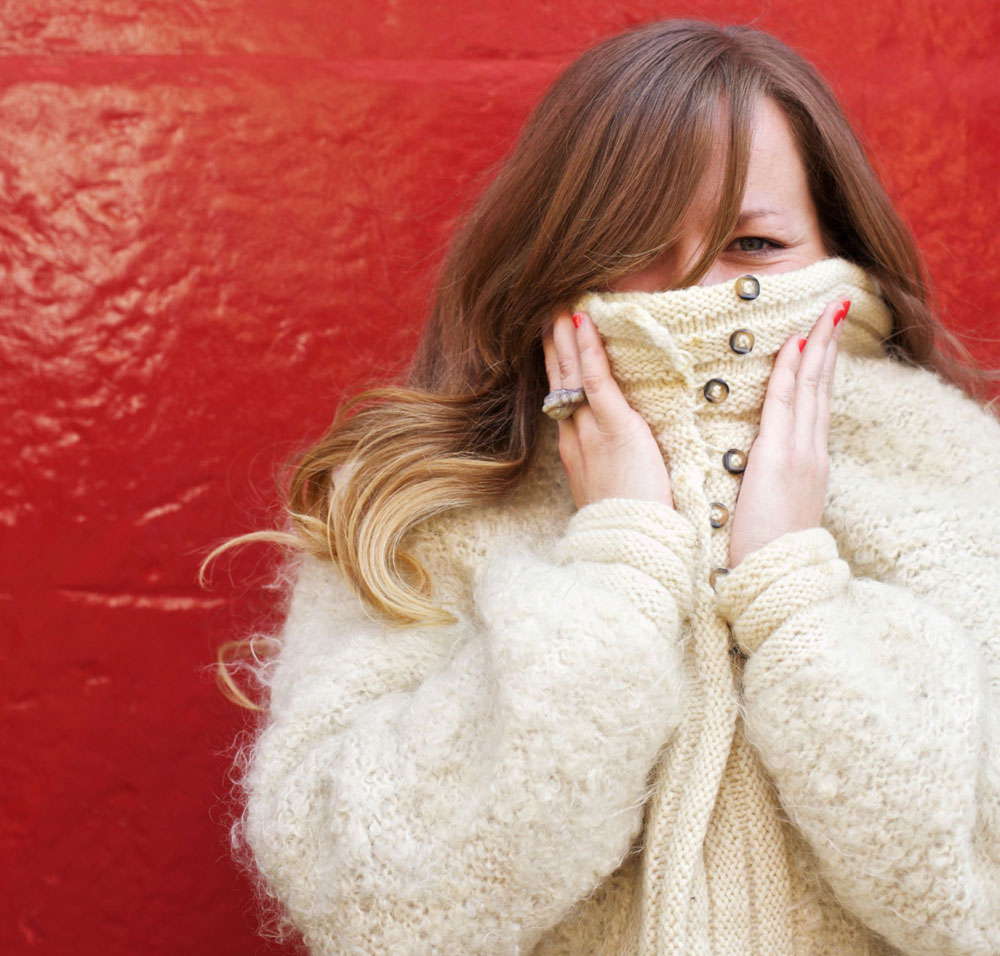 What else do you think people will take away from the book?

I suppose there’s a two part answer to that. What focusing on using things, rather than buying new things allows you to do, is to build up skills of figuring out what the best thing to do is, and ask questions like – how can I wear this? how can I keep this in constant use? It helps you develop skills and attentiveness, and the practice of noticing what’s going on around you. Developing those things also helps to combat some of the life dissatisfaction that we have.

One of the triggers to go out and consume a new item is a sense of life dissatisfaction – a new round of fashion consumption is unleashed when we’re feeling a little bit sorry for ourselves, or that maybe we haven’t got much to offer. Potentially it could help us to enjoy what we have and also help us to reduce the desire to consume new things, because we’re suddenly much more satisfied with what we’ve already got.

It’s not about making us feel bad about it though because it’s the culture that we live in that promotes this kind of consumption, but the route out of it is very simple. It’s about just enjoying what you already have and doing more within the limits of the wardrobe that you’ve got – if that can also help us in a therapeutic way then we’re winning aren’t we?!

What were the biggest challenges you faced along the way and what were the highlights of working on The Craft of Use?

The gathering of the stories where I went round and spoke to the public, was taking place at the same time as design projects in seven different international locations. These designs teams were trying to figure out how to use some of the insights that come from the stories that the public were sharing, to make into triggers or an understanding of how design can begin to amplify good use practices.

Perhaps as with all of these kinds of things, it’s really hard to try to develop something that sits in quite an uncomfortable position within the industry. The industry’s prerogative is all about selling more, and what we were trying to do was to say, well if you don’t do that, what can fashion look like instead? I think this is the tension – if you try to take stories of fashion outside of the context of shopping, consuming and growth etc., then it begins to get really difficult, because most of our ideas of what fashion is, are shaped by shopping so that was some of the most difficult stuff. The design teams were really stretched to work out what designers do if they’re just not making a new collection. What can they do? This is where I think the hard and important things sit.

I think one of the biggest highlights was that I felt such a sense of hope after talking to people that we can change. I also felt that we don’t have to invent new stuff all the time, because actually all we need to do is uncover the stuff that’s already happening, celebrate it, and tell people that it is really great. All of this is human scale – it’s really pragmatic and easy to do. It’s within the reach of us all and you don’t have to spend any money because you’ve already spent it in the past.

Professor Kate Fletcher is Professor of Sustainability at LCF’s Centre for Sustainable Fashion.Craft of Use book is out Tuesday, 12 April and is available to buy online.