Almost three years after graduating from BA (Hons) Technical Effects for Performance, alumna Suzi Battersby has been practicing her craft around the world. She has worked on everything from Selfridges Christmas Display to Ridley Scott’s new film in Australia. She tells LCF News her story below, which includes constructing BB-8 for Star Wars: The Force Awakens. Originally a performing actress and History of Art alumna from University College London, Suzi wanted to take her theatre productions further by creating her own costumes, props and special effects. Fascinated by horror, sci-fi and fantasy films, she wanted to learn how to make these effects so enrolled at LCF.

She began working on sets while still studying, including BBC series like Richard II, before making the move to London’s West End. Suzi was a prop maker at the Royal Opera House show El Gato Con Botas, and later started working on Hollywood blockbusters. She talks to LCF News below. Suzi Battersby graduated from LCF in 2013.

How did you find the BA (Hons) Technical Effects for Performance at LCF?

“I loved it. There was a lot of variety in the course structure and I found something of value every term. The teaching staff and my fellow students were a pleasure to be around, it felt more like a community than your typical degree course. It was never a chore to come in for lessons or to put in extra time for my projects. I spent as much time there as was allowed!”

Why did you choose to study here/the course?

“There aren’t many institutions which teach such specialised courses. After doing my research, LCF proved to be a good choice to learn the design and making skills necessary for working in the film and theatre industry. I found that a lot of other places focussed more on design than learning practical skills. The fact that we’d be getting our hands dirty on this course was a big plus for me.” 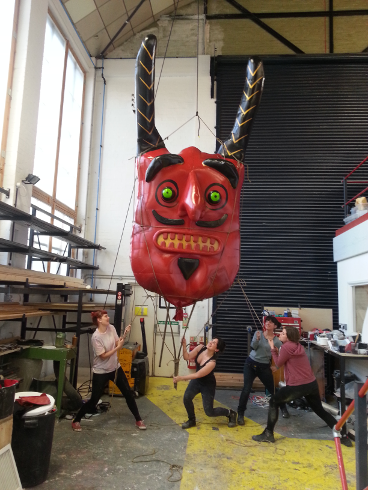 Suzi has always been fascinated by horror, sci-fi and fantasy films.

Tell us about your final project, End Fragment?

“My final project, ‘The Triptych of Doctor Moreau’, was a play on the H.G. Wells novel and the Hieronymous Bosch painting, ‘The Garden of Earthly Delights’. I created three full creature suits involving silicone masks and fabricated body suits and then arranged a photoshoot on a mountain in Wales to tell the story of the novel through photographs. I then composed them all together to create my own version of the triptych which was exhibited along with the masks of the creatures I had made.

One of the creature suits, ‘Puma’, was a finalist in the 2013 World of Wearable Art competition in New Zealand, which I had entered after their representatives came and spoke to us at LCF. With the university’s support I attended the event in Wellington, New Zealand and my creature suit was exhibited in their museum for a few months afterwards.”

Tell us about an average day at your job?

“My days can vary dramatically, but mostly I’ll be working in a workshop, normally 8am – 6pm, where I’ll either be making something on my own or with a team of people. As I have become more experienced, I’m now being given more responsibility and freedom to problem solve. I’m also now occasionally supervising small groups of less experienced people which I’m finding a satisfying extra element of my work day. I do also occasionally spend some days working onset, either to do prosthetic make up or to assist with CFX creature suits and puppets. Those days can start very early in the morning and can run late into the night, even run through the night, but are great fun. They can be very hard work but the atmosphere is something get a real kick out of. Plus, it’s such a cool experience to be onset while filming and to see the magic happen live.”

Since graduating you’ve worked as a Prop maker, Art Director, Puppet Maker, Set Construction and in CFX. What’s your favourite title and the differences between them?

“I’m not sure I can claim a favourite, I love doing different things! I’d say I prefer CFX (Creature Effects), puppet and prop making over Set Construction simply because I’m more driven by character and smaller scale things which give you the chance to perfect things down to the smallest details. I find building sets to be less personal for some reason, although my jaw drops in awe whenever I see film sets so I have nothing but admiration for those who do it! Art directing is something I probably get less out of, just because it doesn’t necessarily involve making things from scratch and I do love getting my hands dirty, however, I do enjoy the creative input you have as art director since you can put in more of your own ideas.” 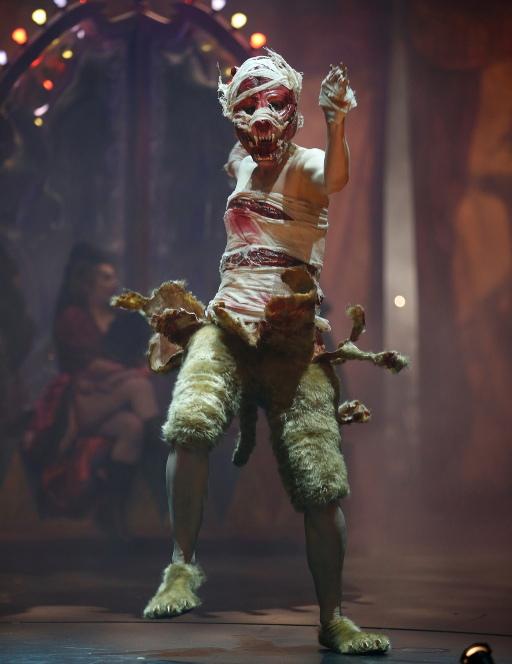 The Island of Dr. Moreau, a project by Suzi while she was studying at LCF.

You worked on the newly released Star Wars: Episode VII film. How was the experience and working on one of the biggest grossing film of all time?

“Working on Star Wars: Episode VII was an amazing experience. It was the first major feature film that I worked on and so I learnt a lot about the differences between that and a smaller scale film; the sheer scale was jaw-dropping. Not to mention the incredible talent of the people I was working with in the Creature Department. I was fortunate to work directly for a very highly respected creature fabricator, constructing three different alien creature suits as well as being part of the small team that created BB-8, the new droid! To know that I played a part in making a new iconic film character is still quite unbelievable to me.” Suzi began working on sets while still studying, including big BBC drama’s like Richard II, before making the move to London’s West End.

What would your dream set or film to work on be?

“For me, I wouldn’t say there was any particular film or franchise that I’d be desperate to work on, I’ve never really been a fangirl of anything. I’d be more drawn to working for particular directors for their creative styles and that would include people like Guillermo del Toro and Tim Burton or studios like Laika who do beautiful stop motion animations; I’m all about the weird and the wonderful really.

Working to a budget must differ depending on what production you’re working on. Is that one of the biggest difficulties in your line of work?

“Absolutely! Even though I’m not necessarily involved in the budgeting, the impact it can have on the work we end up producing is huge. Having a tight budget can force you to make things very quickly or using materials that are not entirely appropriate. I’ve experienced this mostly when working for theatre and opera as unfortunately their funding just doesn’t come close to what films get. However, the fun can come from engineering creative low-cost solutions to problems that would otherwise cost lots of money and sometimes the results can turn out even better. It forces you out of your comfort zone which keeps things interesting.”

What are you currently working on, and what would you like to be doing in five years’ time?

“I am just coming to the end of a 7 month stint working on Ridley Scott’s new film, ‘Alien: Covenant’ over in Sydney, Australia. A few of us from the UK were brought over by Conor O’Sullivan (Batman: The Dark Knight, Prometheus), to work in the Creature Department. It’s been pretty full-on, making all sorts of things like alien puppets and animatronics, human dummies, creature suits and prosthetics. 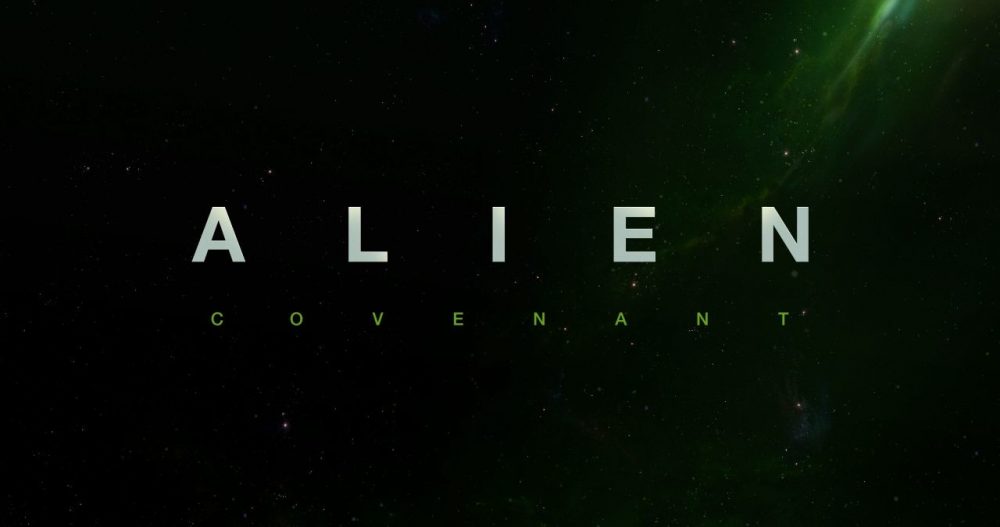 The new Ridley Scott movie comes out in autumn 2017.

In five years time, I have absolutely no doubt that I want to be running my own company in the industry. That has always been my goal and the way I see it, I may not even wait five years to do it! It would be a dream to be my own boss and have more say creatively but importantly, there are very few women at the top in this highly specialised field, and in film generally, so I feel its important for our generation to change that if we can. When I do, I’ll definitely come looking for people to work for me from LCF!”