The support has allowed many students to experience their craft in excellent facilities, and provided first-class teaching and knowledge, while making it world renowned in the leather industry. The achievements of the students and Cordwainers were recently celebrated at this year’s Cordwainer’ Footwear Student of the Year Awards, where LCF students Caroline Klemp and Chantal Lavendar, won first and second prizes nationally.

Cordwainers at London College of Fashion has also created many success stories in the past, with alumni including, Georgina Goodman, Nicholas Kirkwood, Charlotte Olympia, Rupert Sanderson and Sophia Webster, who became the most recent recipient of the 2016 British Fashion Council/Vogue Designer Fashion Fund. 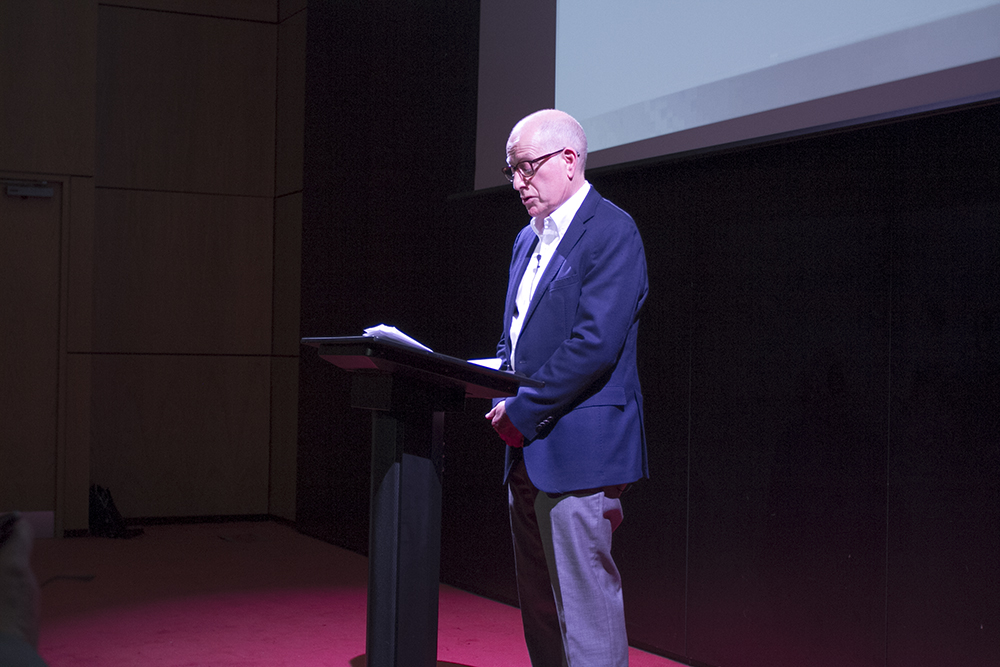 Daniel Rubin, Founder and Executive Chairman of The Dune Group, host of this year’s Livery Awards.

Daniel Rubin, Founder and Executive Chairman of The Dune Group, was the evening’s host, and along with Frances, congratulated technicians, academics and ambassadors for their help and guidance throughout the year, before starting the ceremony.

Daniel Rubin then officially opened the fifth awards ceremony, on the college’s 110th year anniversary. He also said that the strong links with the City Livery Companies means the university continues to introduce new generations of visionary designers, and predicts many of those in attendance this year will follow similar footsteps as some of LCF’s most established alumni.

The first award of the evening was the Currier Awards. Master of the Worshipful Company of Curriers, James Allen, helped present the awards. The winner of this year’s Curriers BA Placement Bursary was Anna Hyvönen. 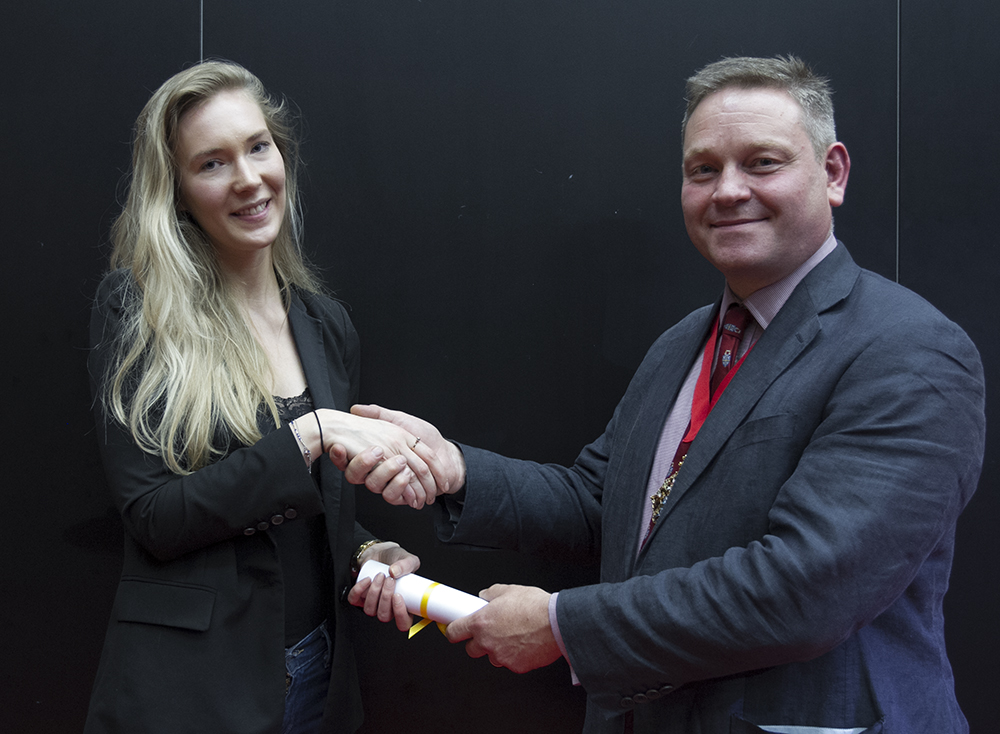 Master of the Worshipful Company of Curriers, James Allen, with Anna Hyvönen.

The next award was for the Currier Cup for Excellence in Leather End of Year Award for which Reika Yamasaki was the winner. The judges said it was a very close decision between the other nominee’s Mizuki Ichinose and Daniel Thompson, but said Reika’s work was exceptional and showed real excellence. 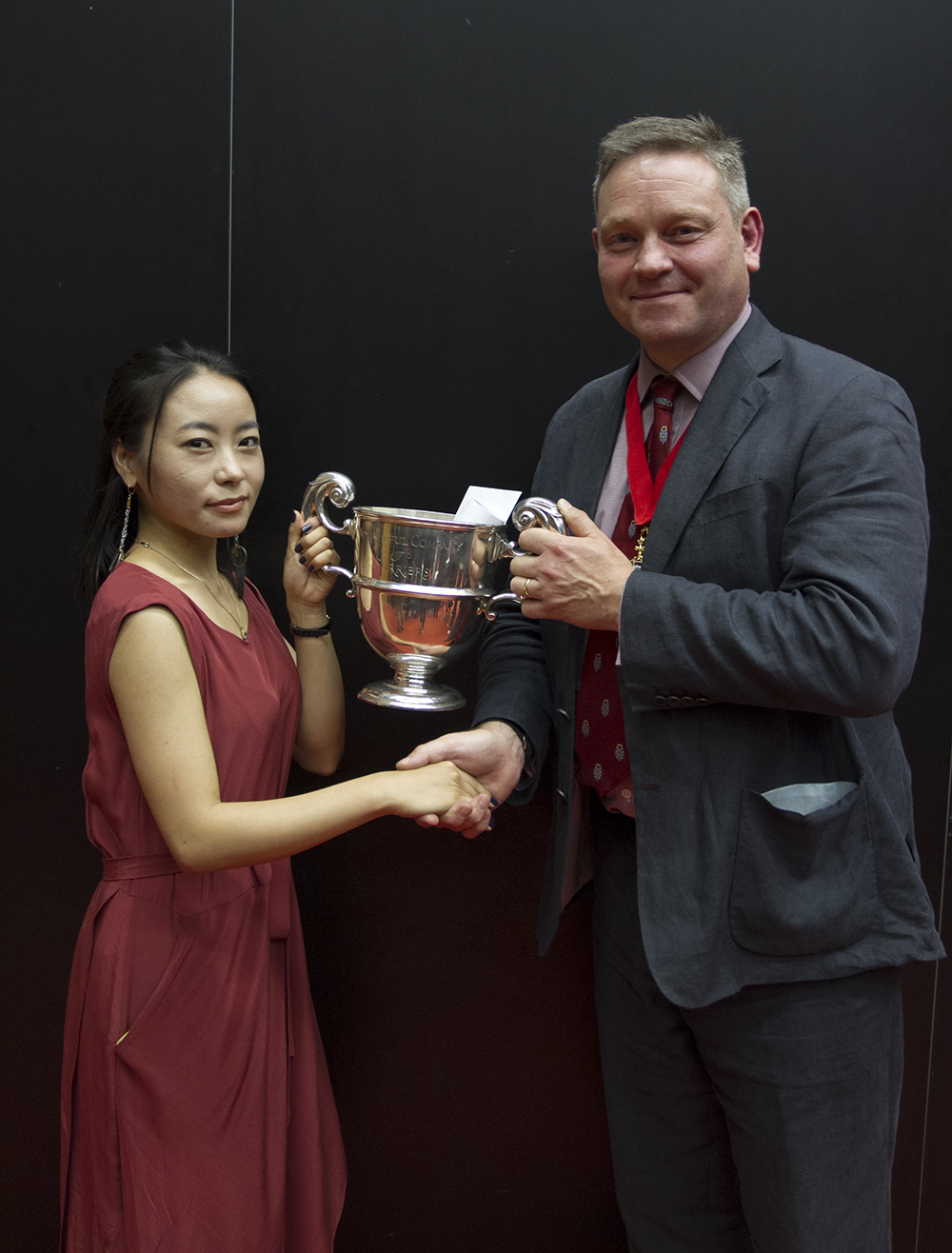 Master of the Worshipful Company of Curriers, James Allen, with Reika Yamasaki.

The next awards were presented by Rachael Dove, Livery Liaison, and William Tusting, Director of Tusting and Member of the Leather Trade & Education Group. This year’s winner of Leathersellers Emerging Talent Award was, Anuoluwapo Bankole, who was nominated alongside Hyeri Lee and Yinghau Zhang. The Leathersellers Awards were presented by Rachael Dove, Livery Liaison, and William Tusting, Director of Tusting and Member of the Leather Trade & Education Group, with Anuoluwapo Bankole.

The final Leathersellers award was for Designer of the Year, which was given to Aleksandra Kilmek. Nominees for the award included Alicia Moore, Ayobami Oyefeso, Louise de Groote and Joe Mangan, who were also praised for their achievements this year. The Leathersellers Awards were presented by Rachael Dove, Livery Liaison, and William Tusting, Director of Tusting and Member of the Leather Trade & Education Group, with Aleksandra Kilmek.

The Cordwainers Awards were the last of the evening. Master of the Worshipful Company of Cordwainers, John Rubinstein, was on stage with Daniel Rubin to help present the awards. The opening award was for the Cordwainers Prize for Sustainability, which was awarded to Ana Sofia Oliveira. Nominations included Aly Tobin and Patrycja Paradowska, who both were recognised for exploring new sustainable avenues within their discipline. Aly has also been working with LCF’s Centre for Sustainable Fashion for this year’s Kering Award. 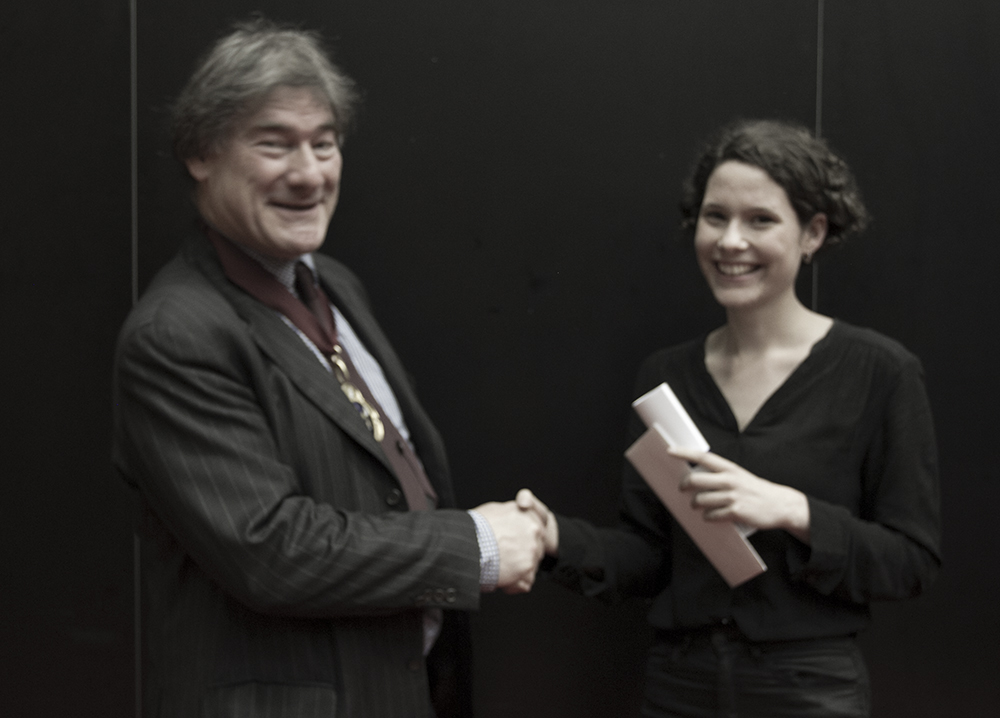 Master of the Worshipful Company of Cordwainers, John Rubinstein, with Ana Sofia Oliveira.

Next up was the Cordwainers Travel Scholarship, which was awarded to Natalie Hodgson. She wasn’t able to attend the evening, but the judges said they were very impressed with her achievements, and the other nominee’s Lauren Cutforth and Amanda Brooker. 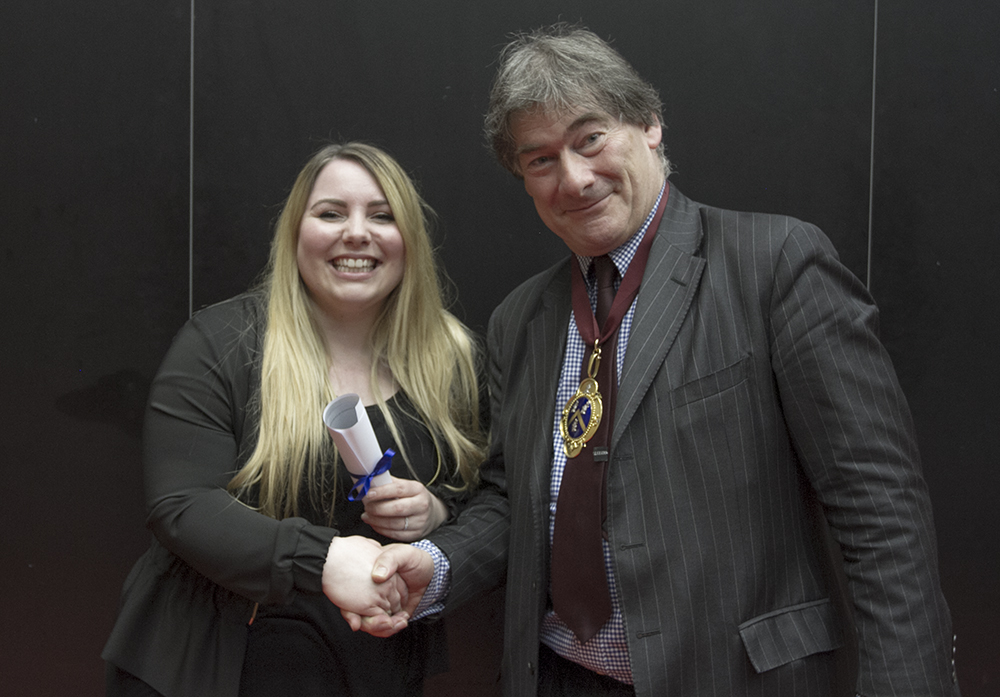 Master of the Worshipful Company of Cordwainers, John Rubinstein, with Ashley Chambers.

The next award was for the Cordwainers Dato’ Jimmy Choo BA Awards (BA Footwear and BA Accessories winners). The award helps fund the students’ main project, for which they pitch to a panel of judges. Winners of these awards had to demonstrate academic merit, but moreover demonstrate they have the commercial acumen required to succeed within the industry upon graduation. Students were interviewed for this award in early June, and this year’s Footwear winner was Chantal Lavender and Accessories winner was Alicia Moore. 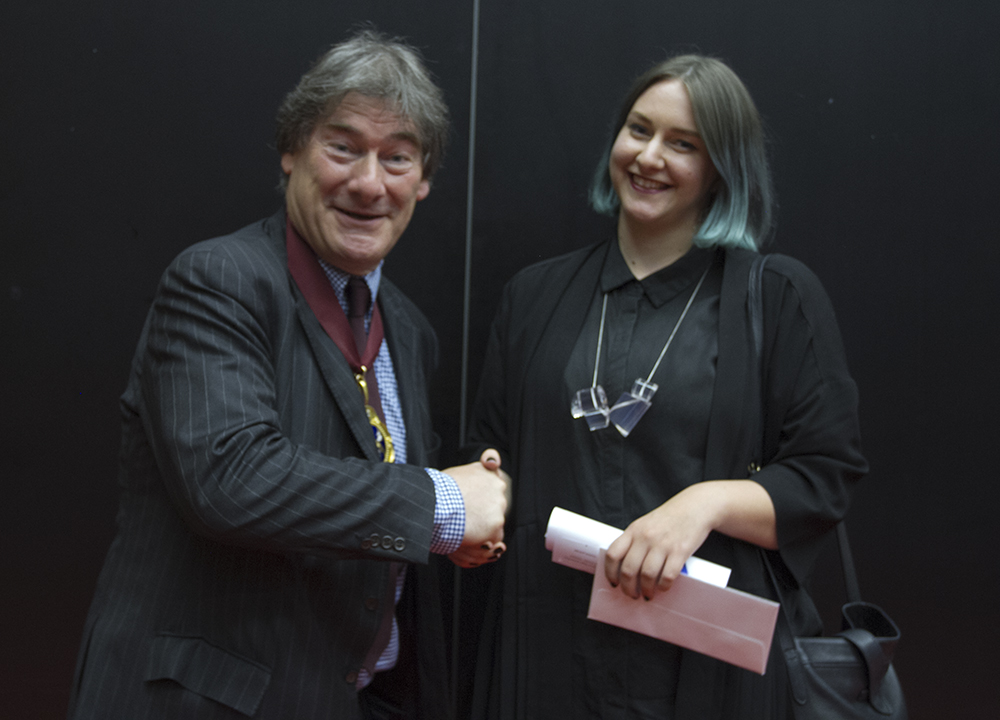 Master of the Worshipful Company of Cordwainers, John Rubinstein, with Chantal Lavender.

The final award of the evening was the Cordwainers Cup for Excellence in Footwear. The award takes many factors into account throughout the year, and judges students on a constant level of excellence. The winner was Camelia Croitoru, and the nominee’s included Chantal Lavender, Kay Whitehouse, Da Young Im and Hester Mortimer. LCF’s Darla Gilroy closed the ceremony and thanked the judges and the evening’s winners for achievements throughout their degree.