On Tuesday the normally formal surroundings of London College of Fashion’s main lecture theatre, the Rootstein Hopkins Space,  was transformed into a multi-sensory space which set the stage for an a rare opportunity to hear Professor Helen Storey MBE RDI in conversation with Fashion Commentator and Agent of Change, Caryn Franklin MBE. 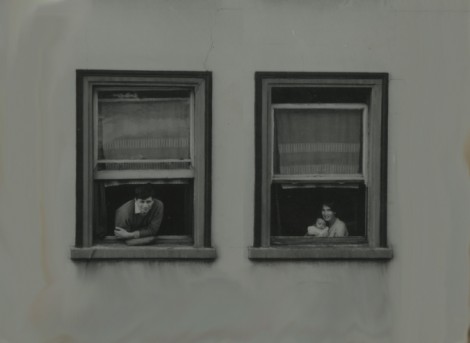 As guests arrived they were offered a virgin cocktail with ingredients such as mint to awaken the senses. The space was filled with the sound of birdsong and scent by Givaudan as guests were encouraged to kick off their shoes and walk along the real path of grass leading to Helen’s beautiful dress of Glass and Flame.   A sun hung beautifully behind the two large chairs which enveloped Helen and Caryn and as the talk started the Dress of Glass and flame was lit – the talk lasted as long as the fire burned. 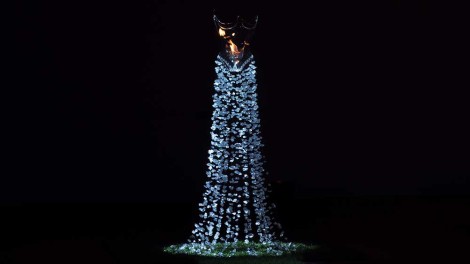 After introducing Helen, Caryn began with asking Helen about her childhood and growing up in a creative household, with a writer father whose work ethic was instilled in him by his father who worked as a coal miner.  He wrote for 8 hours a day. Helen talked of discovering her own creativity later on in her life.

Helen said:”Without a doubt, my years at Kingston and, in particular, the push, belief and nurture I received from Richard Nott, defined the designer I am today. Perhaps even more than this – at a time when I had no idea if I was good at anything, he saw something in me that I had long felt was a rampant over-sensitivity towards the world. He transformed that into something that still feeds me today. Gratitude doesn’t come close.”

On graduation Helen followed in the footsteps of previous Kingston graduates to join Valentino.  Working with Valentino was an extraordinary experience – learning and helping them produce 69 collections a year from high couture to ready to wear. Although she grew as a designer she also felt stifled and increasingly uncomfortable with the way women were being depicted – hips and busts were banished and models were objectified.  She was drawn back to London where she felt fashion was changing and she started her own label which ran for 10 years – dressing some of the world’s most iconic stars including Prince and Madonna. 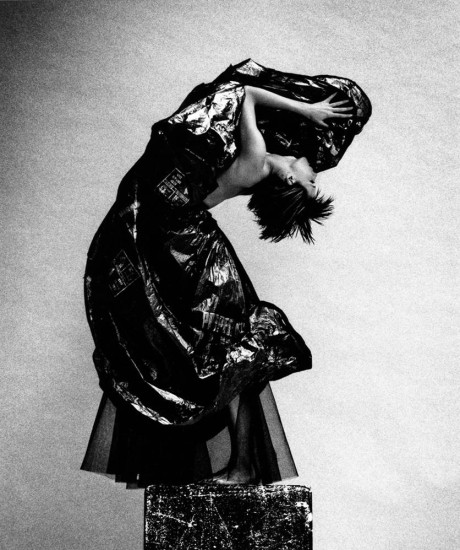 Helen’s interest in the avant-guard and our relationship with material things and our world quickly came out through her collections. Caryn described how challenging it was for the audience when Helen presented her London Fashion Week collection of ballgowns made of bin bags.  Long before the word upcycling had even been invented, Helen was exploring the use of waste materials and making them into objects of beauty.

After the pain associated with closing her label Helen talked about her first foray into the world of science with her sister.  Together they designed Primitive Streak – which elucidated the first 1000 hours of human life. It became clear to Helen that fashion could be used as a Trojan horse to smuggle in complex scientific ideas, that by using fashion and art she could secure funding for projects which brought together people from diametrically opposed worlds to solve some of the world’s most challenging problems. 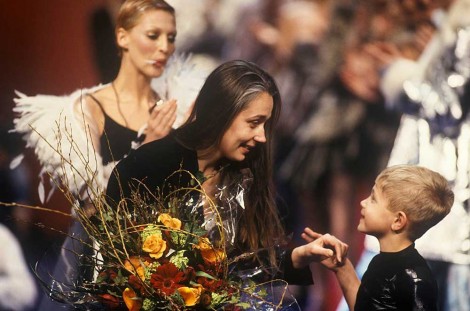 She produced a collection of Disappearing Dresses in her project Wonderland which took 3 years to develop and just seconds to dissolve – creating a powerful metaphor for the fragility of our world and our rapidly depleting resources. By using beauty, awe, wonder and humour her work was reaching millions of people worldwide and fusing the worlds of fashion and science in a way not attempted before.  Helen talked about the “Democracy of knowledge” – the importance of talking about the ‘difficult stuff’ – like Climate Change (Dress for our Time) and using the power of fashion to communicate complicated issues. She also talked about her ongoing partnership with Professor Tony Ryan and their project Catalytic Clothing. She explained the inspiration was to make the point that as humans we don’t need to keep starting from scratch.  Catalytic Clothing uses existing technology in a new way –together they developed a concept which delivers air pollution busting technology to the surface of our clothing using the laundry process – imbuing our clothes with the ability to remove pollution from our choked towns and cities.  The point of the project was to say look what can be achieved NOW with wisdom that is already in existence.  We just have to make it happen. 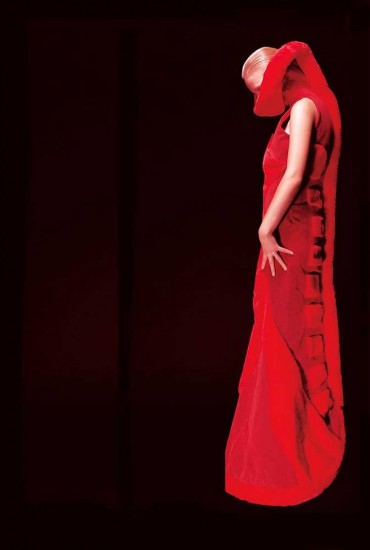 Caryn who is currently studying at LCF on MSc Applied Psychology in Fashion brought in some psychology related questions asking Helen about happiness and creativity.  Helen mentioned that it was sometimes easy to mistake creativity for depression.  She described being in the ‘flow’ of creativity and being in a place where it feels like the ‘piece designs itself’.  She also described the more fleeting happiness that she experienced when she sent out a collection down the catwalk that connected with people and when people really ‘got it’.

With the flame burning low Caryn brought the conversation to the present day and asked Helen about her current work ‘Dress for Our Time’.  Helen explained that 2 years ago she sat down with people from Unilever, psychologists from Exeter University and experts from the Met Office to talk about climate change and discuss why as a species we find it so hard to face what is the most urgent of all world issues and the biggest threat to our existence.  ‘Why we can’t plan for the future and why are the lives of those not yet born not seen as important’ – the meeting was a turning point – it suddenly became very clear to Helen that climate change was the only thing that she should be working on.

The audience left feeling energised and invigorated.  It was certainly not your average lecture. But what should we have expected from a maverick intent on ripping up the rule book and helping us see how we can claim back our future.