LCFxElle: What is it really like to work at a fashion magazine? 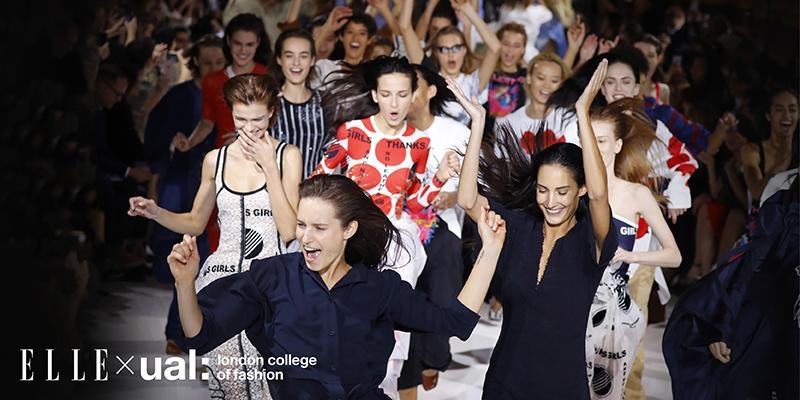 What is it really like to work at a fashion magazine? How do you make it to the top? Is it really like The Devil Wears Prada? These were just some of the topics that were explored in the LCFxELLE event on Monday.

The Elle team – an intelligent, determined, talented, group of women discussed their experiences of working in the fashion and media world, and shared tips with ambitious LCF students. Elle is the world’s biggest-selling fashion magazine, with 44 print editions and 37 websites worldwide. Fashion is also the second biggest employer within the UK, and remains one of the largest growing industries. So what did the Elle team have to say?

On the panel was Elle’s Editor-in-Chief Lorraine Candy, Creative Director Suzanne Sykes, Fashion Features Director Kenya Hunt and Fashion Assistant Billie Bhatia. Between them they discussed what it was like to be fat and work in fashion, what they look for on a CV, interview tips, how to (and how not to) present yourself on social media and what are some of their biggest mistakes.

Editor-in-Chief Lorraine Candy gave some very helpful advice – particularly to women who make up a large majority of employees within the fashion magazine industries. Lorraine mentioned how, from her own lived experience in the media world, she would advise young women to become more vocal in asking for what it is they want. Lorraine stressed that without doing so, opportunities could be missed. Lorraine also highlighted the importance in having a really clear idea about what it is that you want to do, and to be prepared and willing to do anything to get there. The Elle team reminded the audience that this sometimes includes having to make cups of tea, working late unexpectedly and never being entitled. They emphasised the fact that you need to be relentless, polite, professional, suggest ideas, show initiative and have a real willingness to learn. These are skills that can get you a long way.

Creative Director Suzanna Sykes and the team also gave advice on interviews. The general consensus was that it is never, ever a wise idea to try and ‘wing’ an interview – because it will never work. Lorraine spoke about the importance on making sure to have researched and read the publication you are being interviewed for. Having a blog or photography or stylist portfolio – whatever it is that you want to do – is really important too. It is evidence of your ambition and passion for what it is that you want to pursue, and can be shown in interviews and to future employers. This is also a way to show individuality and your own unique selling point. Preparing questions to ask at the end of an interview is always a wise thing to do, and when composing a CV – they should be succinct and get to the point quickly. The Elle team suggested that a CV should be one page only.

With the changing economies of magazines and many going digital or shutting down, the Elle team stressed the importance on making sure that students equip themselves with having a number of skills and to become multi-faceted. Fashion Features Director Kenya Hunt mentioned the importance of being able to multi-task and being able to really write about anything. Kenya sees fashion journalism as connecting the dots as a reflection of what is happening in the outside world. It is important that students make sure they equip themselves with skills that enable them to write for digital platforms as well magazines. Suzanna also said that it can be really encouraging and useful to find like-minded people to work with, and to make sure that you have people around you who can support and inspire.

Excitingly, for any journalists, photographers, illustrators and media lovers, Elle and LCF are collaborating on a project together with the aim of providing LCF students the opportunity to guest-edit a one-off LCFxElle collective to appear in a summer 2017 edition of Elle.

Any students that are interested in taking part, will need to identify three ideas that are each presented as short pitches (five lines maximum) on anything that you think is new, exciting or ground-breaking. These will need to be submitted by Friday, 9 December to ellexlcf@fashion.arts.ac.uk. There will also be a workshop to support this project a week before the deadline on Friday 2 December from 11am at the Lime Grove Campus in room A205. This will be led by Nilgin Yusuf, Creative Director of the School of Media & Communication.