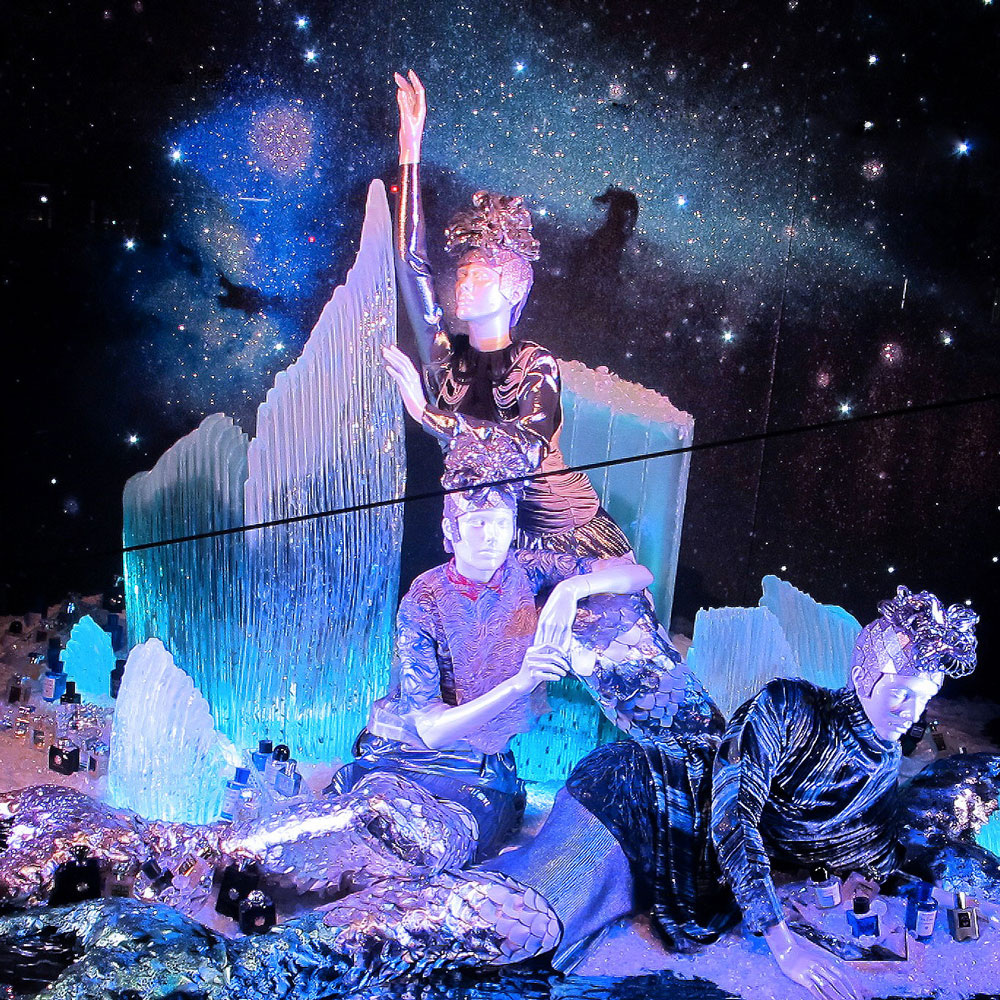 The hand constructed mermaid tails are a dazzling ombre – bold white and golden hued pearlescent scales, graduate into delicate softer silver scales, and then finish in three unique metallic fins – one bleached gold, one turquoise and one aquamarine. Adorning the mermaids’ heads are Ada’s signature modular couture fascinators made in glistening silver – the headpieces were created using her unique method of couture construction.

Ada’s atelier team used 15,000 crystals to hand embellish the mermaids’ tails and fascinators, in elegant repeat patterns. We caught up with her to find out how the aesthetic was a perfect match between the Selfridges window theme, and her own futuristic innovative couture.

LCF: How did the Selfridges Christmas Window commission come about?

Ada: Selfridges contacted Koral at Lewis and Leigh PR who represent my brand Ada Zanditon Couture. We went to meet the team who style and design the windows of the store. I showed them several pieces of my couture and explained the ideas of how I wanted to make the mermaids and headpieces. They showed me their moodboards for the window and one of them actually had a picture of my couture on it – so it was definitely meant to be!

LCF: Did you find the zodiac theme inspiring?

Ada: I found the Zodiac theme very inspiring aesthetically – particularly the Pisces sign because the ocean is a huge source of inspiration to me already. My modular approach to creating couture using laser cut leather ‘cells’ is originally inspired by shark skin which is made of tiny tooth like structures called placoid scales. They make the shark’s skin very tough, a natural organically formed armour. I love the idea of creating pieces for women with that strong aesthetic concept and quality. 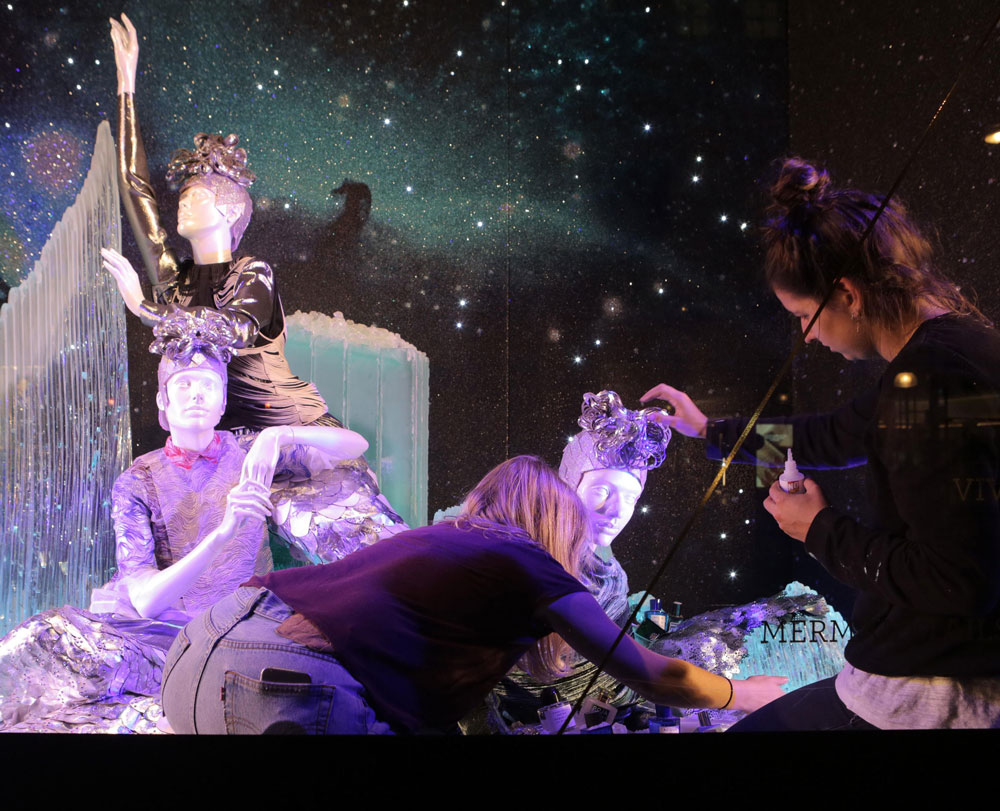 The Mermaids in the window are titled the Ladies of the Lake. I wanted to create their forms to be very feminine – precisely fitting the tails to their contours and curves – and also create an ornate armour like surface. The headpieces also embody that concept of strong warrior like femininity – a futuristic meeting between the deep sea and a Roman soldier’s helmet.

LCF: Can you elaborate on the process of creating the mermaids?

Ada: The process of creating the mermaids began by experimenting with the surface design – creating the scales shapes and colour palettes. This was followed by sourcing the leather and selecting the right crystals to complement – I have a great partnership with Preciosa crystal who I love working with because of their colours, finish and precision. I designed the various scale shapes in illustrator and sent the leather and files to GS-UK Ltd who cut all 3000 plus of the shapes, in the various metallic leathers.

LCF: It must have been a very time consuming process…

Ada: Whilst the leather was being cut my team and I perfected the fit of the base shapes of the tails on the mannequins. This turned out to be a very different process than cutting for a real person. Because the mannequins are hard, the fit has to be extra precise – more like corsetry or even upholstery. Every individual scale was then riveted to the base shape and the crystals were applied again individually but in repeating patterns not to every scale but most of them. I wanted them to be very precise but also to feel living and animated, so it was a mixture between repeating the patterns and also disrupting them to give them movement and feeling.

LCF: Did you enjoy being part of the project?

Ada: Yes – it was great to meet and work with such a lovely, dynamic and creative team, and be part of their ‘Journey to the Stars’ themed windows.