Inside the Industry with Iconic catwalk photographer Niall McInerney

Our Inside The Industry event features one of the most recognised catwalk photographers, Niall McInerney, taking place this Thursday 4 February. 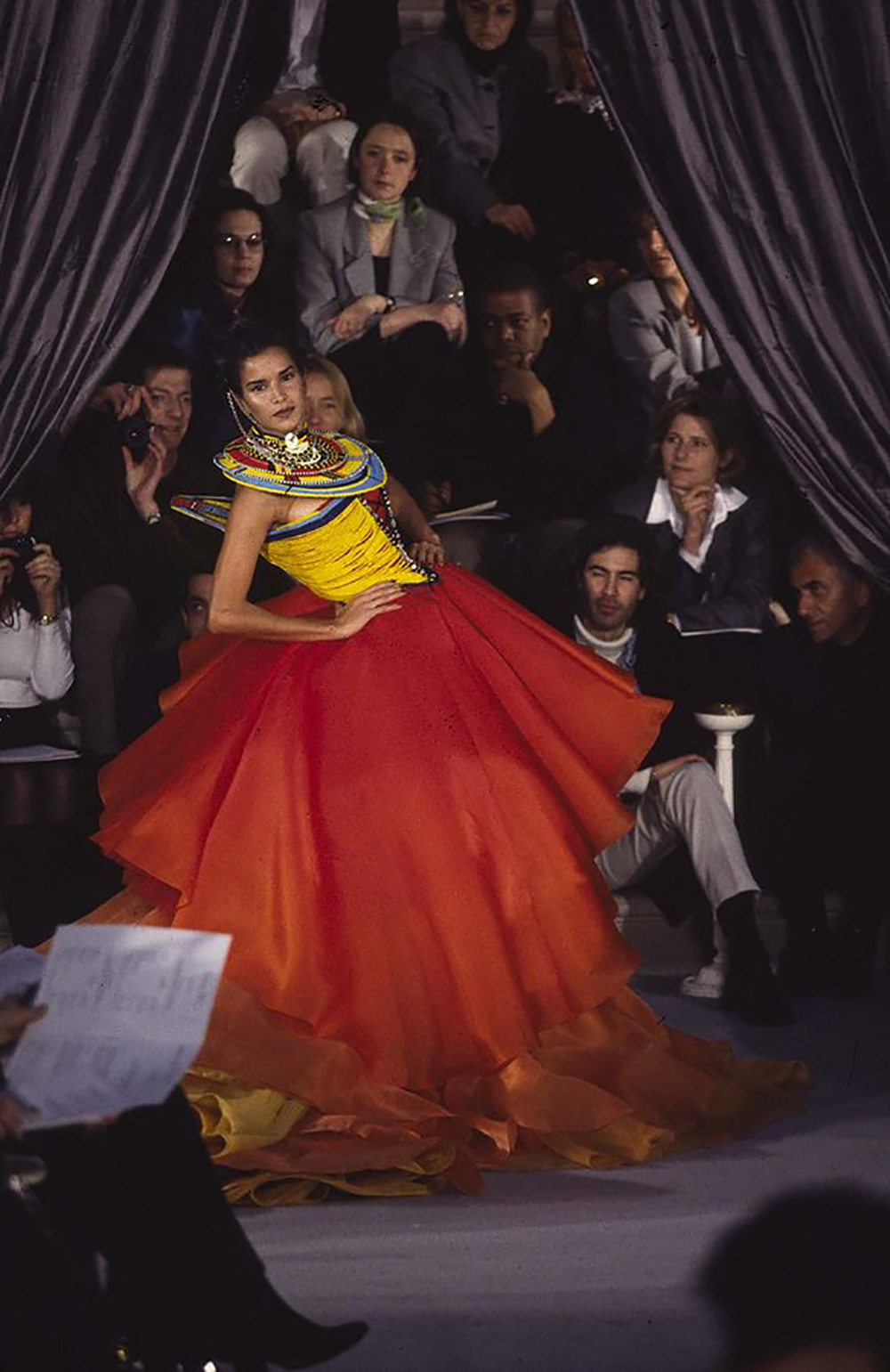 The evening will be hosted by MA Fashion Media Production course leader, Nilgin Yusuf, who recently released Fashion’s Front Line with Niall. The book documents nearly three decades of Niall’s runway and backstage photography, with commentary from Nilgin, who was a fashion journalist at the time for several of key publications.

Niall didn’t grow up wanting to pursue a career in fashion photography, it was something he almost fell into. Born in 1941, he grew up in Limerick, where he was exposed to little photography, and even less fashion. He left Ireland aged 17 for London, working in several positions including a railway porter at Paddington station, cinema usher and projectionist amongst many others. It wasn’t until he worked as a stage manager at The Phoenix, a Soho club on Old Compton Street, where he got his first gig as a photographer. He started capturing the striptease artistes of Soho, then became a street photographer for tourist groups visiting London. Japanese company Marubeni, asked Niall to take photos of stylist Londoners in trendy locations in Kensington, Camden and Chelsea. This included standing outside Vivienne Westwood’s shop Sex on King’s Road.

While he photographing in Camden, he met a bunch of young creatives who later opened a boutique called Swanky Modes. Niall made his debut as a catwalk photographer for the boutique in 1976, this was the start of his illustrious career that saw him travel from Los Angeles to Tokyo as one of the most respected catwalk photographers of his generation. Niall captured moments from Naomi Campbell tumbling on the catwalk for Vivienne Westwood, John Galliano’s degree show at Central Saint Martins, and Yves Saint Laurent and his girls in 1984 to name a few. On Thursday evening Niall and Nilgin will be discussing his significant contributions to the catwalk, alongside showing a gallery of the images used in Fashion’s Front Line. LCF News caught up with Niall before the event to discuss what his highlights were, how the industry changed, and what being a fashion photographer means in 2016.

What were the main highlights of your career?

Have you got a few days to spare? All of it was a highlight! Its very difficult to say what the highlights were, the highlights are really in the pictures. Describing them is one thing – you really have to see the pictures to understand. There were lots of highlights, but most were moments that passed. One of the highlights was my first memorable show, Thierry Mugler, in the 1980s. It was the first Mugler show I did and it was so fabulous, the sound was fantastic, there were crows everywhere, they were making all this noise and crawling away at the medal cadges. It started with crows then other birds started appearing, there was bell, like from a church or a monastery before the show started. It was really amazing! 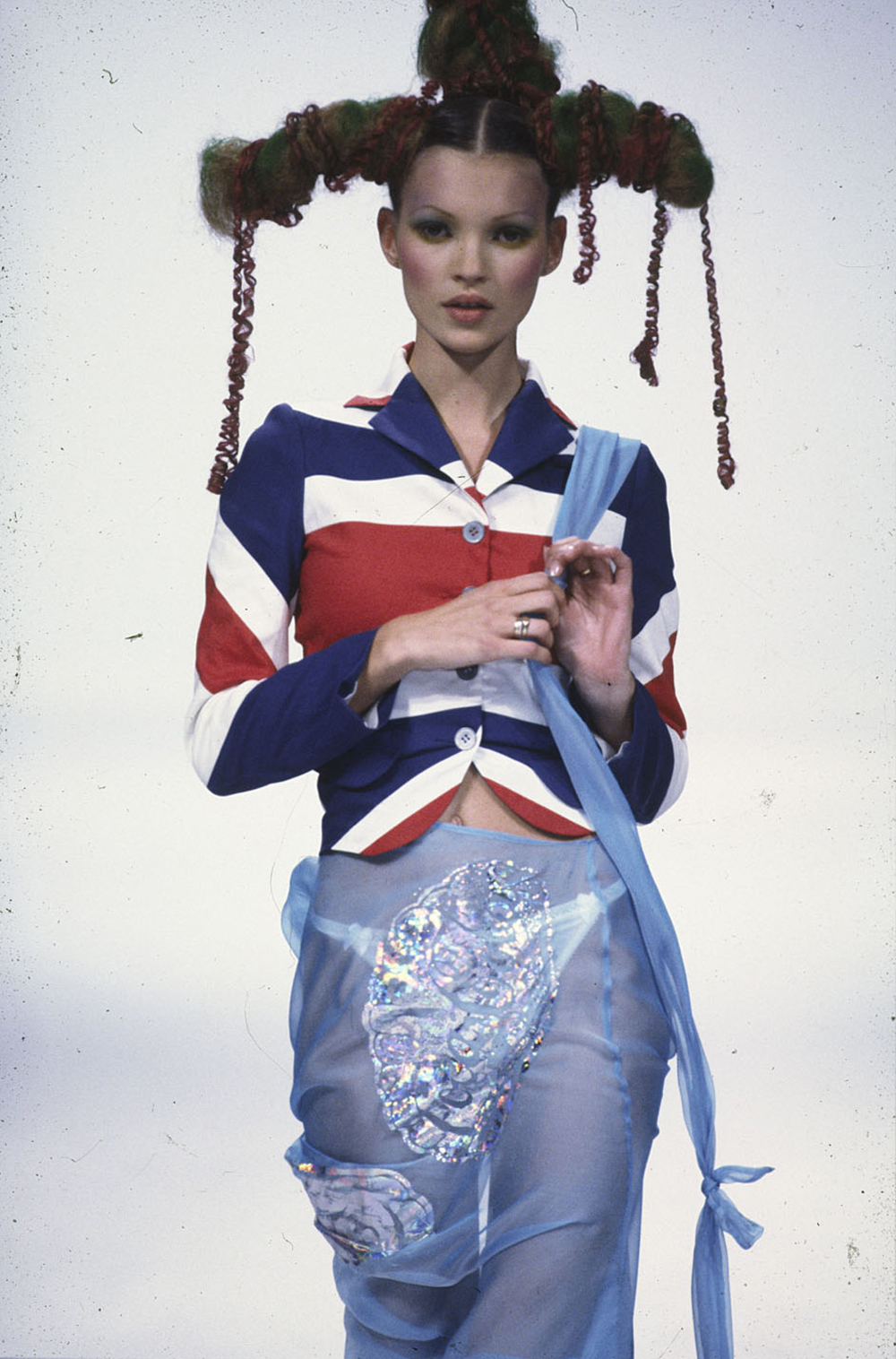 What made you want to walk away from the catwalk, did it change to much, what was your main reason for leaving?

I suppose its best to quit when your ahead, or something like that. It was all changing, the whole atmosphere was changing, the shows became very corporate and commercialised. You couldn’t go here, you couldn’t go there etc., you could only take a picture where they wanted you to take a picture. Alexander McQueen had some sort of specialised show once to promote a credit card, it was something like the American Express Gold or Black Card, something where only two people in the world were special enough to have one. I went to this show in the late 90s or early 2000s, the whole thing was corporate, they’d only let you take photos with the company logo behind. Its very common now, you see it all the time with Smirnoff or whatever in every photograph. They didn’t want you to take any other type of picture, it really pissed me off! Also at the time, everything was changing over from analog/film to digital, it was the end of film. It just meant everything became very difficult, it basically meant everyone had pictures now and it was so easy to sell them. Everyone has a digital camera now, or with their iPhones. People stopped looking at the shows and instead of carried about photographing, you see it in most shows these days with the whole crowd photographing. It was time to leave, I had a good run and thought it was time for a change. It got a bit tedious at that stage! It was fun up to then, it stopped being fun and became regulated. Photographers were being told were to stay, you were nailed right at the end and everyone took the same image. Catwalk pictures from that point on were all very much the same, the models walk towards the photographer, all the shows were the same, it began to lose its charm and appeal. 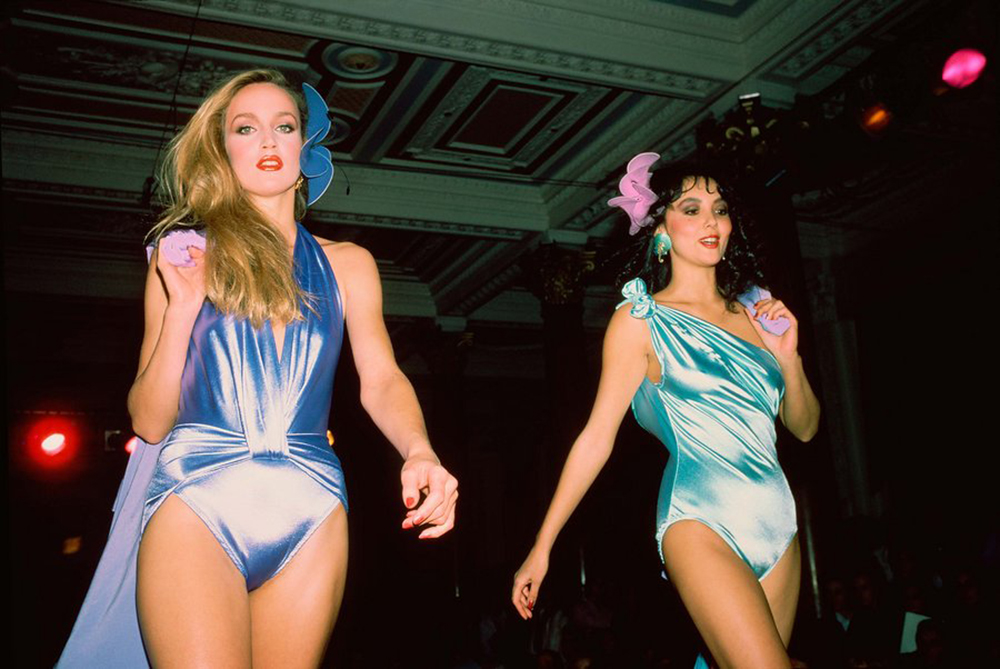 You said you walked away from the catwalk because it got a bit tedious, do you think fashion has gone that way also, or is it still fun?

Well I was never a great fashion person really, I never really followed it too much so I couldn’t say. I feel like the pictures are quite regiment these days, I wouldn’t say the same for fashion though. People will always like what they want to like, new designers and styles are constantly appearing so it never stays the same. People always want to follow new and different things, that’s what its all about. Fashion is a business, that side of it hasn’t changed. Its all about selling, your always reading or seeing column after column about the catwalk and latest trends. Fashion wants you to walk down Oxford Street and spend loads of money, instead of going in charity shops, where you could pick up a brilliant vintage outfit for a few pounds. Some people have terrific style, young folks, students, and even old folks, that side of fashion is still fun. 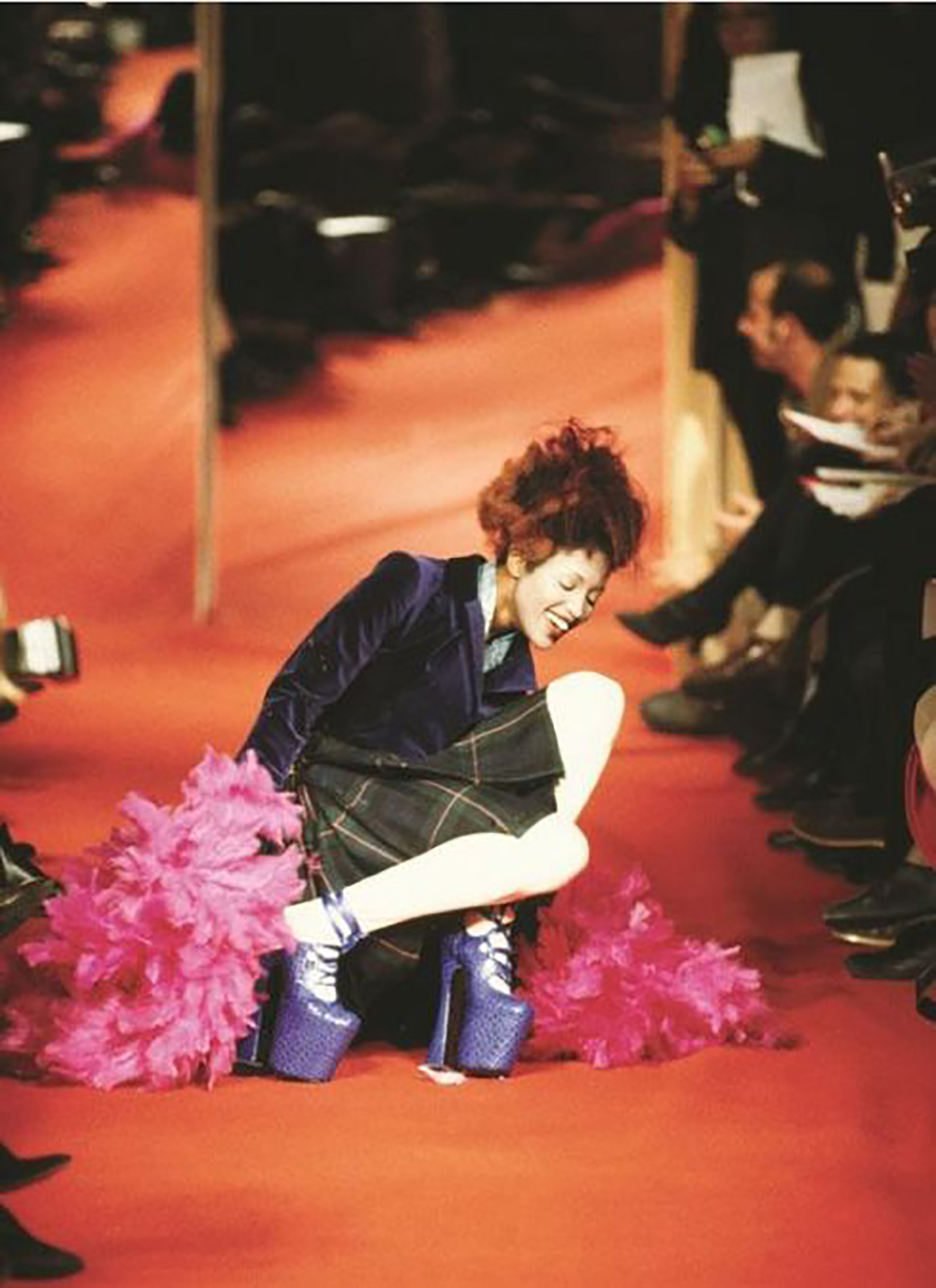 What do you think the role of a fashion or catwalk photographer is today compared to when you on the runway? Are there other responsibilities to the role now with technology and social media etc.?

Yes, I’m sure you have to be more aware of social media. Photographers these day, especially up-and-coming ones will ask you to look at their online portfolio or Instagram. There was a time as a photographer where you’d walk around with a book, that book was like your online portfolio, that was how photographers promoted and showed their work before the internet. Today its all very different, students for example, they all essentially have professional websites with all their images on it. Its all very impressive, some people have terrific stuff online. But people constantly expect new stuff, photographers now need to keep putting new images and content on their sites to get noticed. People now notice if they’ve seen the same images and work before, everyone wants to see new stuff. The goal for people now is to work for Vogue or the big magazines because that’s success these days.