Our LCFMA16 season will start next month. To give you a flavour of what to expect we are putting the spotlight on students who will be showcasing their work in the coming weeks.

First up on Graduate Spotlight is Tania Ortiz Zamorano MA Costume for Performance. The Spanish native has based her final collection around an ancient Japanese tale about a princess. LCF News caught up with Tania after her final hand-in and before the costume show to talk about studying a postgraduate course, exploring the creative world and why she wants a future in costume design and performance. 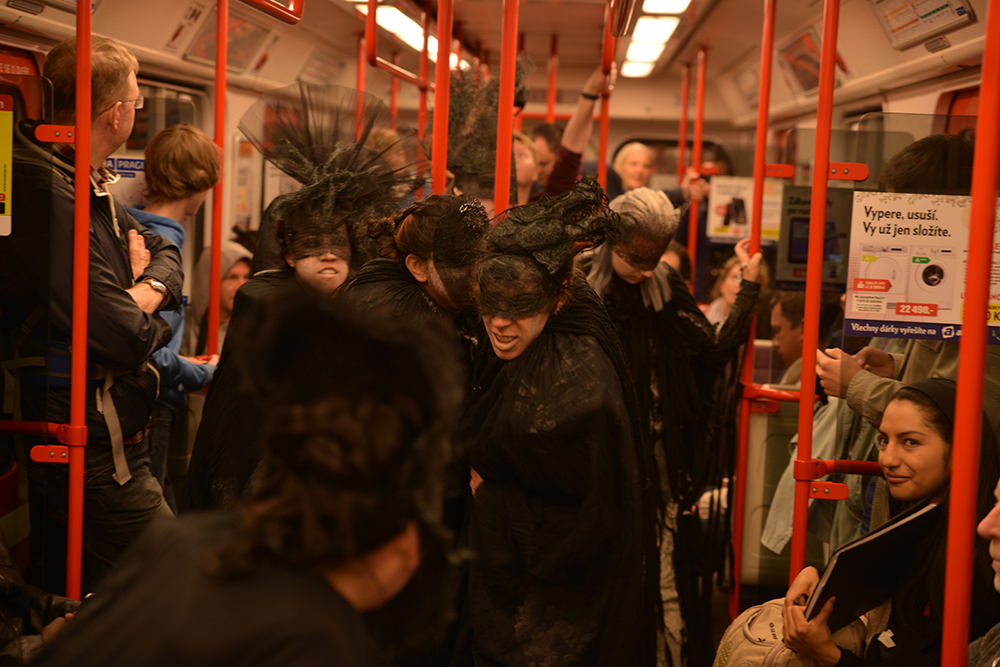 PQ 2015 Collaborative Unit by the MA Costume Design for Performance

Where and what did you study prior to your MA at LCF?

I did a BA Fashion Design at Middlesex University and I also studied a Biology degree at Universida Autonoma de Madrid (UAM), Spain.

What made you want to study an MA?

After I finished my BA, I realised I wanted to explore something more creative rather than something more commercial. I did some research and found that MA Costume Design for Performance was a very open course and encouraged creativity through 3D development, this was something I was definitely interested in.

Why did you choose LCF?

London College of Fashion is a world renowned university and offered the specific postgraduate for costume that I wanted to study. 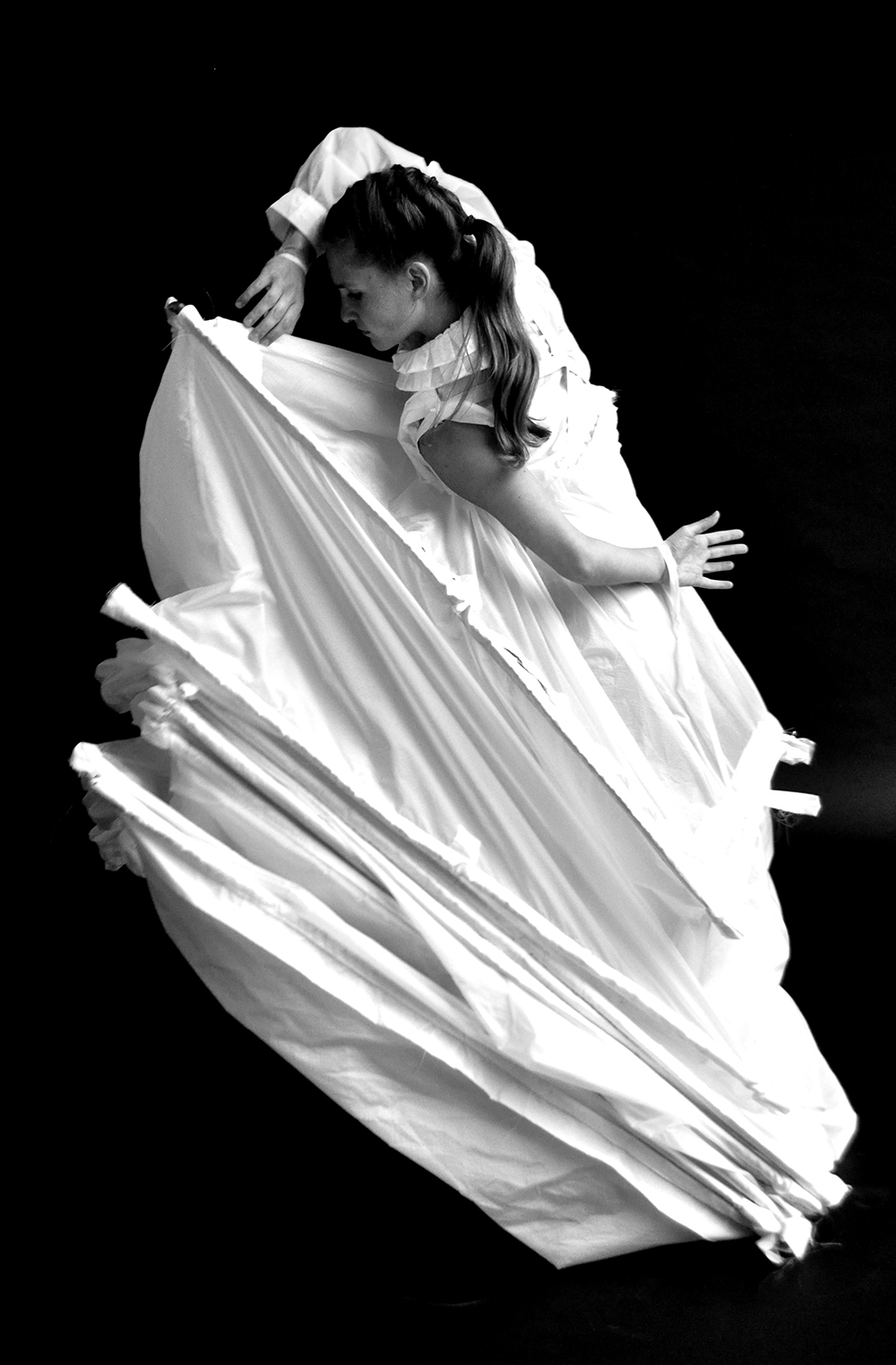 Images from Tania’s rehearsal before this months show at Sadler’s Wells. 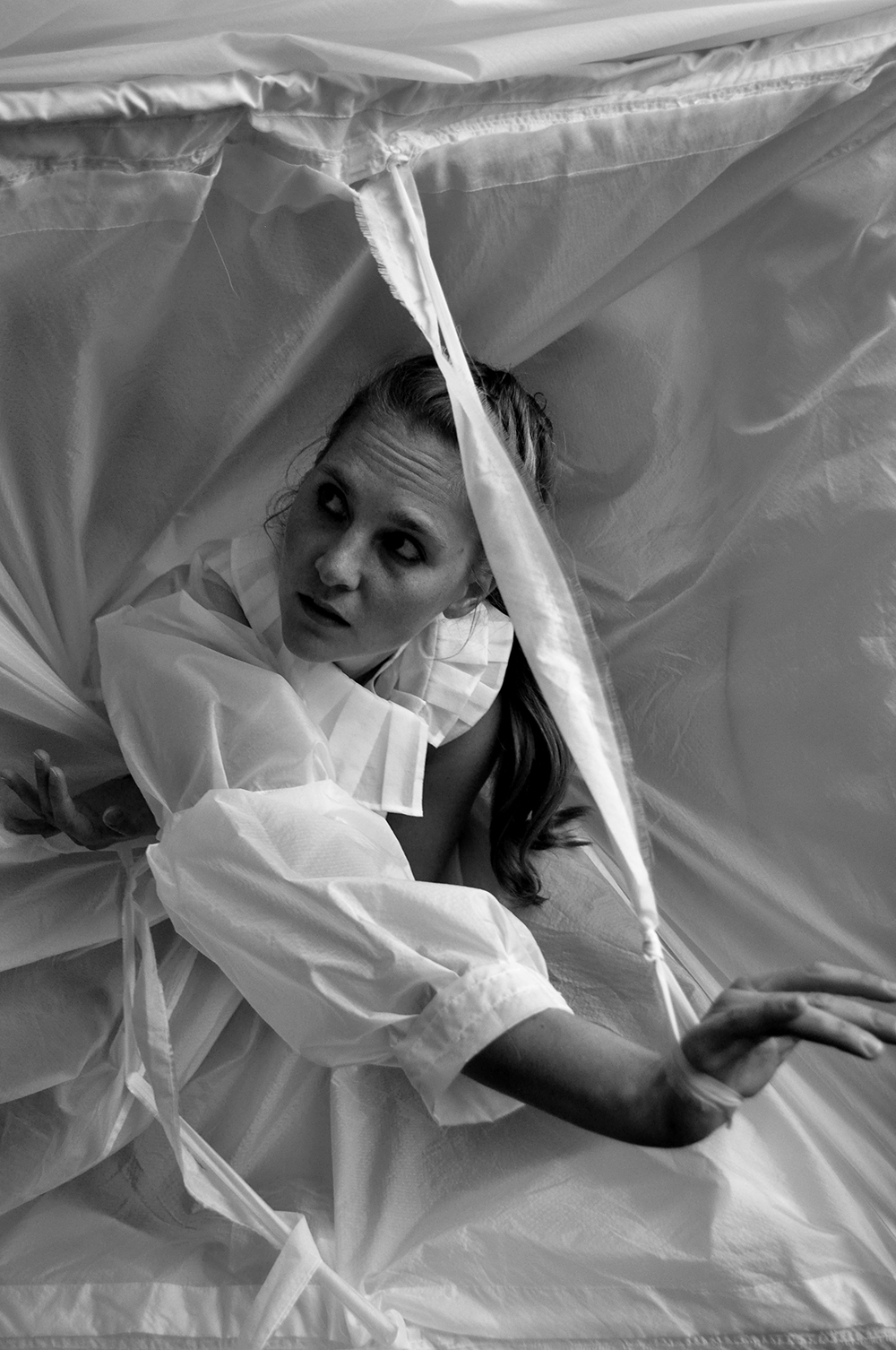 Images from Tania’s rehearsal before this months show at Sadler’s Wells.

Tell us about your final year project?

My final year project is a fusion of Japanese literature, tradition, structure, symbiology, philosophy, metaphysic and Post War Avant Gard. I was originally inspired by an old folktale from Japanese tradition – “The bamboo cutter.” The tale is an iconic story from X century and first written story in Japanese language. The author is unknown, and the story describes an old man (take-tori no okina) who finds a small girl the size of a hand inside a bamboo stalk (Kaguya-hime).  She quickly comes of age and becomes a beautiful lady. The princess is a divine figure that comes to this world to experience human feelings. Melancholy and depression are the most representative feeling in her adulthood. This is not only a story of a sad princess, but the tale also explores the breach between humans and their environment. I use philosophy and metaphysic to understand this gap. It is a personal approach to this very old story that I linked with the Post War Avant-Garde in Japan. 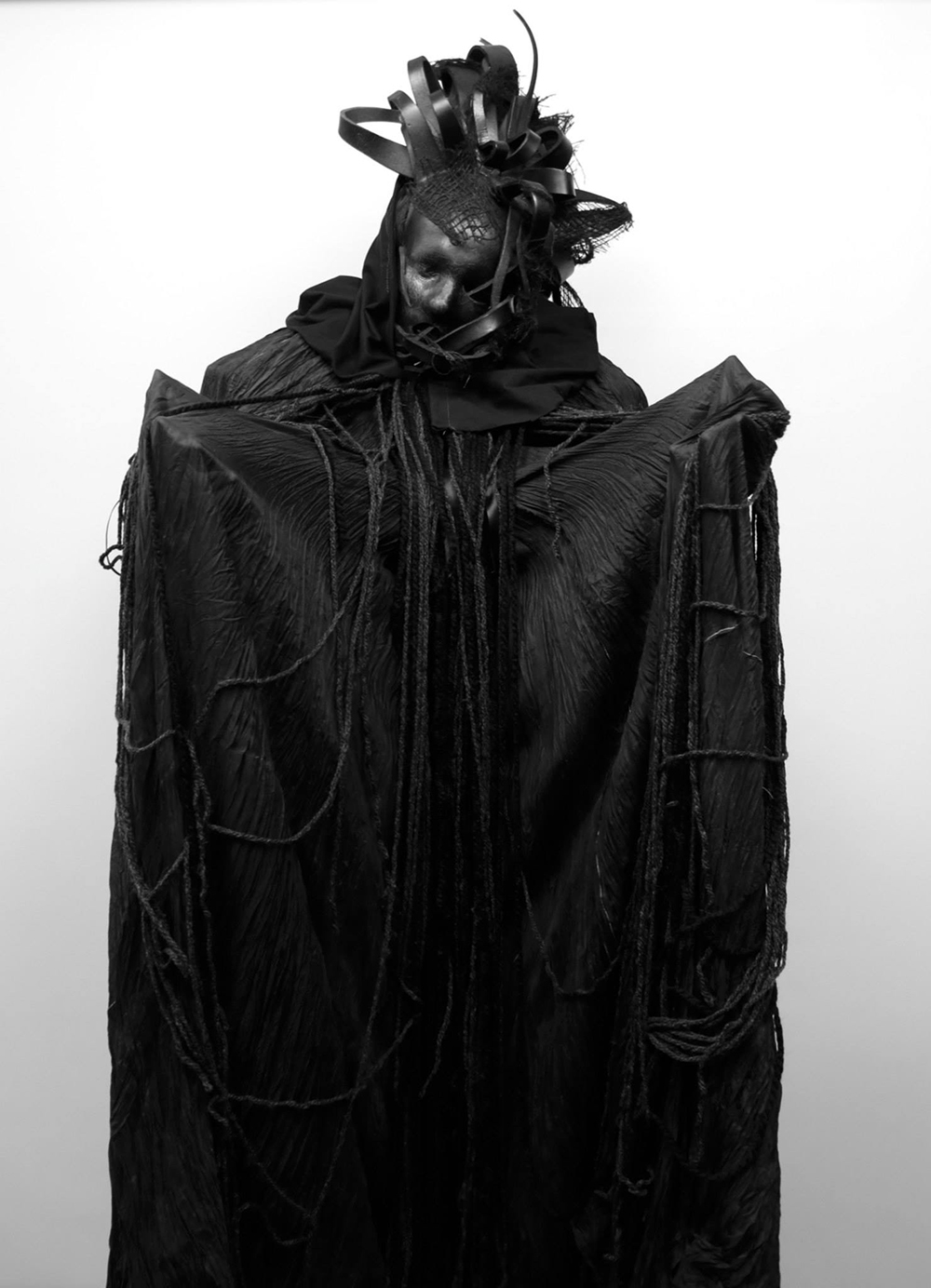 What are you producing for the MA Costume show?

I am making a 3D costume. The main structure is built from five metres of spiral shape construction that will create different silhouettes on stage. Light will enhance and magnify the contortion of the costume.

The most interesting thing was meeting so many international people from different cultures and backgrounds. I also loved having the ability to experiment with any idea I could think of in my mind. The biggest challenge was to create these ideas. Dreams are always possible with big doses of work. 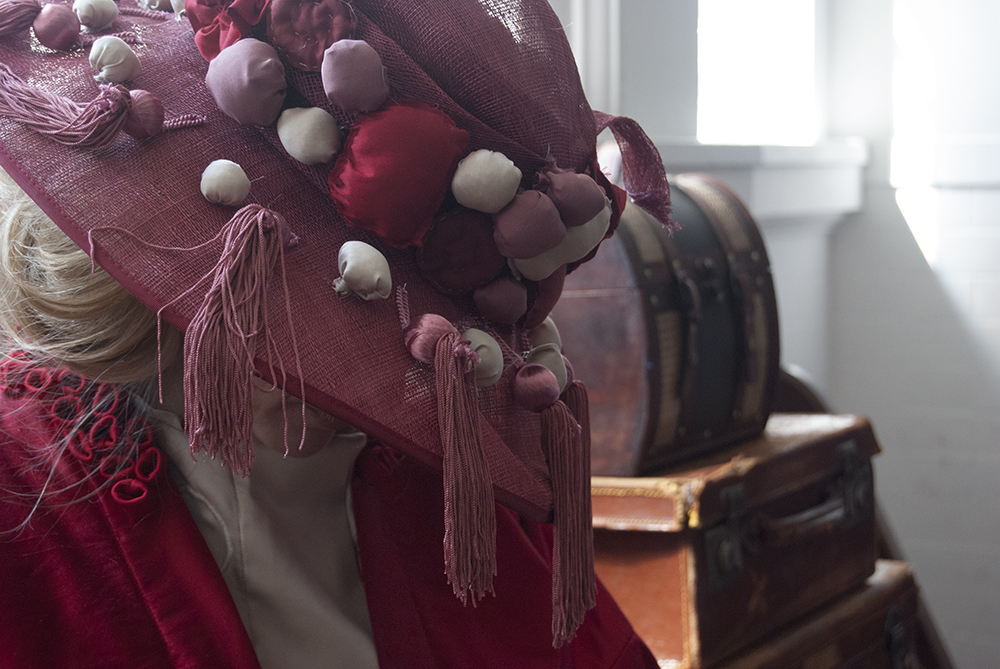 What three tips would you give to anyone considering studying MA Costume?

I would like to work in the industry, especially in England, after I finish the MA. I’d also like to travel around the world to discover different ways to apply costume design and making to a show. I also like teaching, so I will need to gain a lot of experience and do a PhD in the future and hopefully become a Professor.