Fire dancing and hula hoops with costume and styling

The Hotel Metropole, Venice will be holding their annual Sparkling December Party on 15 December to raise money for Cystic Fibrosis charities and as a result they approached Frances Corner to ask if LCF might like to get involved.  The party is a glamorous and luxurious event attended by royalty, celebrities and politicians from Italy.  The event is a black-tie gala, with a changing theme each year. This year the theme is tartan. 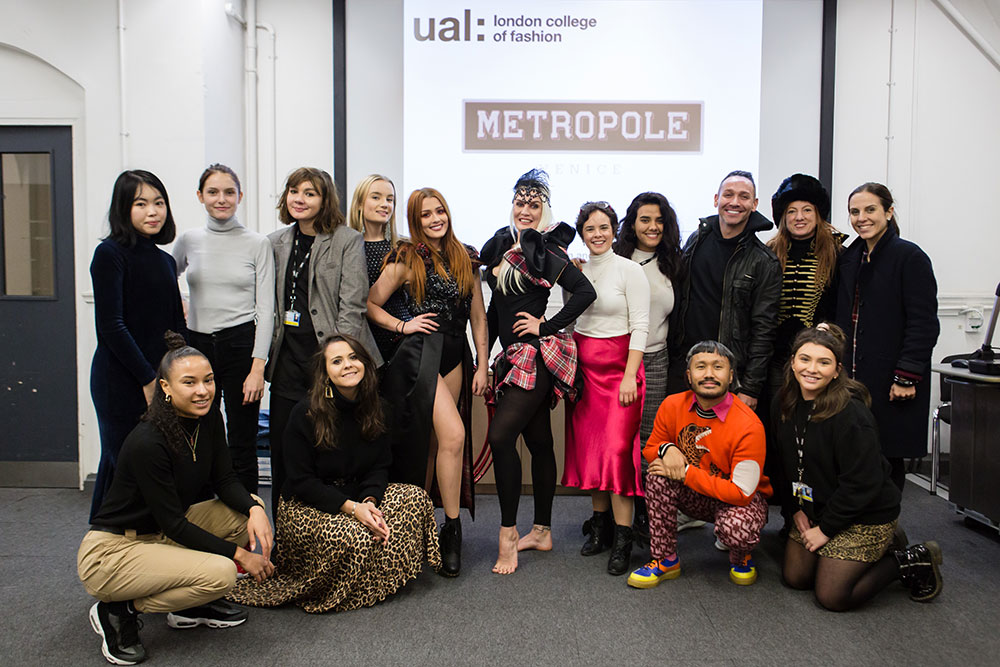 Frances tasked the Performance Programme with coming up with a promenade performance and costumes which could travel to Venice and perform at the party.

From this a collaboration was developed within the School of Media and Communication through the BA (Hons) Costume for Performance and BA (Hons) Fashion Styling students who have worked together over just four weeks to design, make, adapt, and deliver two costumes.  The brief was for something elegant and seductive, with a hint of tartan as a motif. 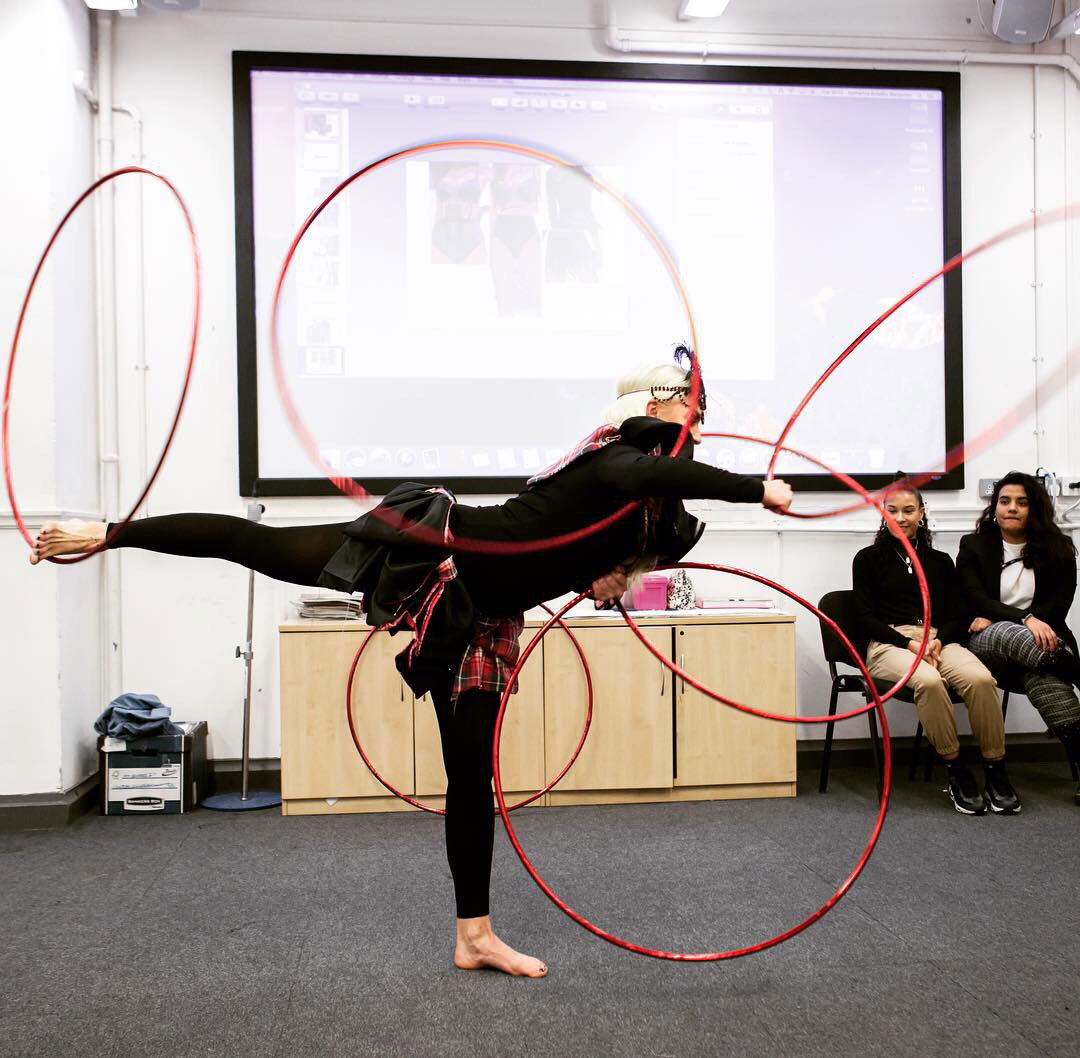 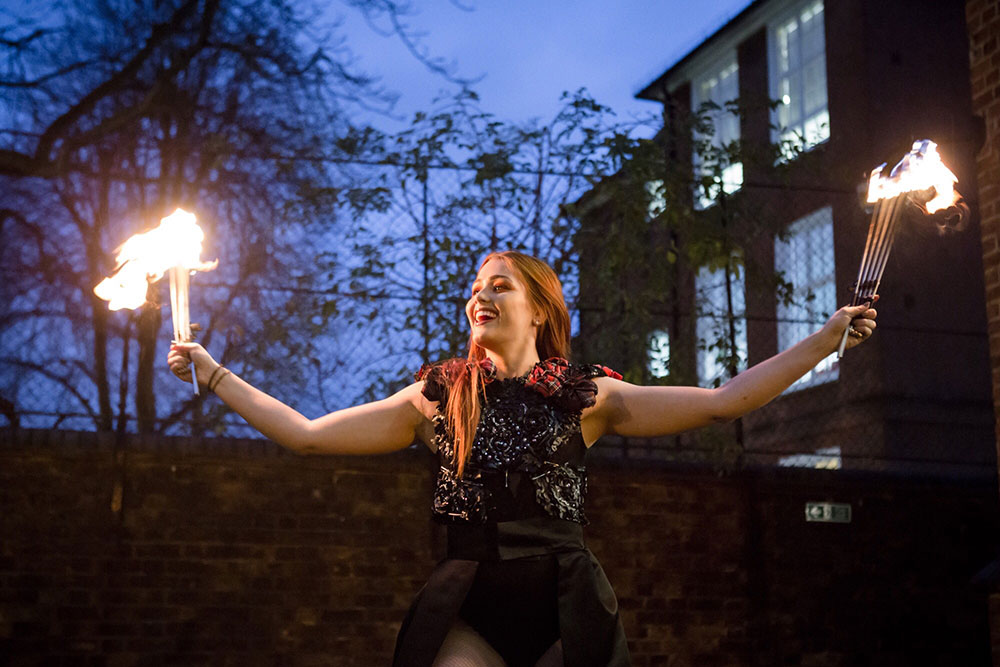 The performers were Samantha Inge, a fire performer and dancer, and Hanna Moisala, a hula hoop performer and dancer.  Over just two fittings and one presentation costumes have now been presented to Gloria Beggiato and Silvia Calzavara from The Hotel Metropole who gave their feedback to the students on 27 November in London.

The students are now working to make changes and ensure they have created a fantastic product for the event in just a few weeks time. 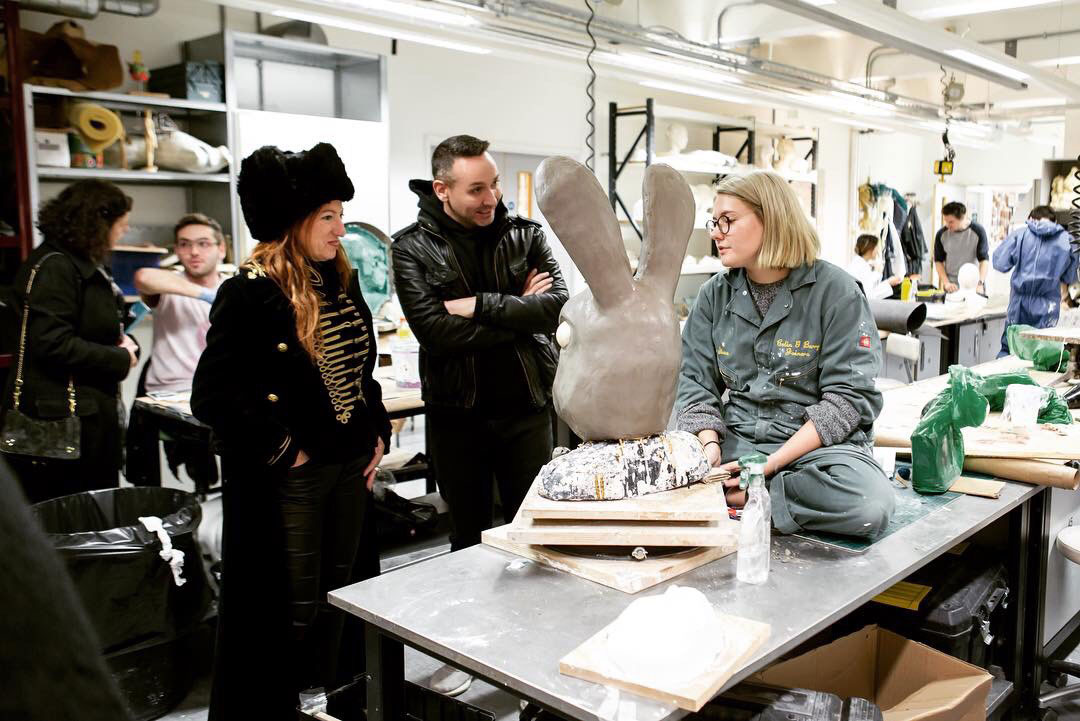