Fashion on the Move: Exploring Fashion Film and Moving Image with Nilgin Yusuf

It used to be advised if you wanted to get ahead in the fashion industry then you should learn French. Now, the more sensible advice would be, if you want to get ahead in fashion, learn film. Fashion communication practitioners need to be multi-lingual, able to converse across a range of platforms and medias – and the film is officially the new French of media production. It was for this reason that as Creative Director of the School of Media and Communication, I wanted fashion film to be the theme of our first symposium of the 2016-17 year. 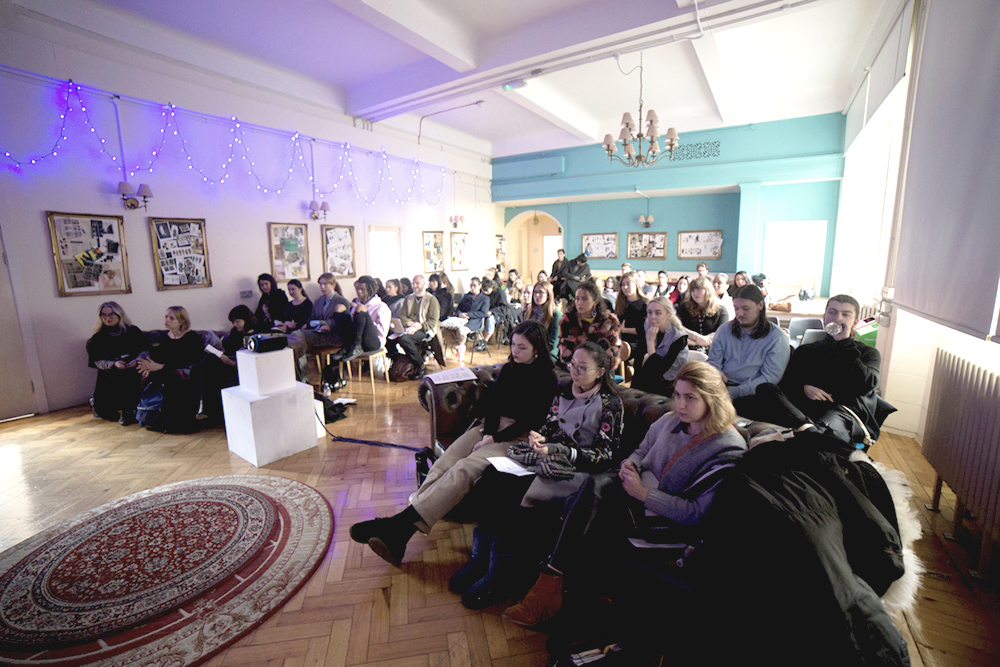 Fashion on the Move was the title of the event, organised by myself and Charlotte Troy, Projects and Placements tutor. It took place on 1 December at Lime Grove, and went down a storm. An afternoon that combined great industry speakers, inspired film choices and lively questions from the audience followed by collaborative networking was a great way to end what has been a busy term for everyone. 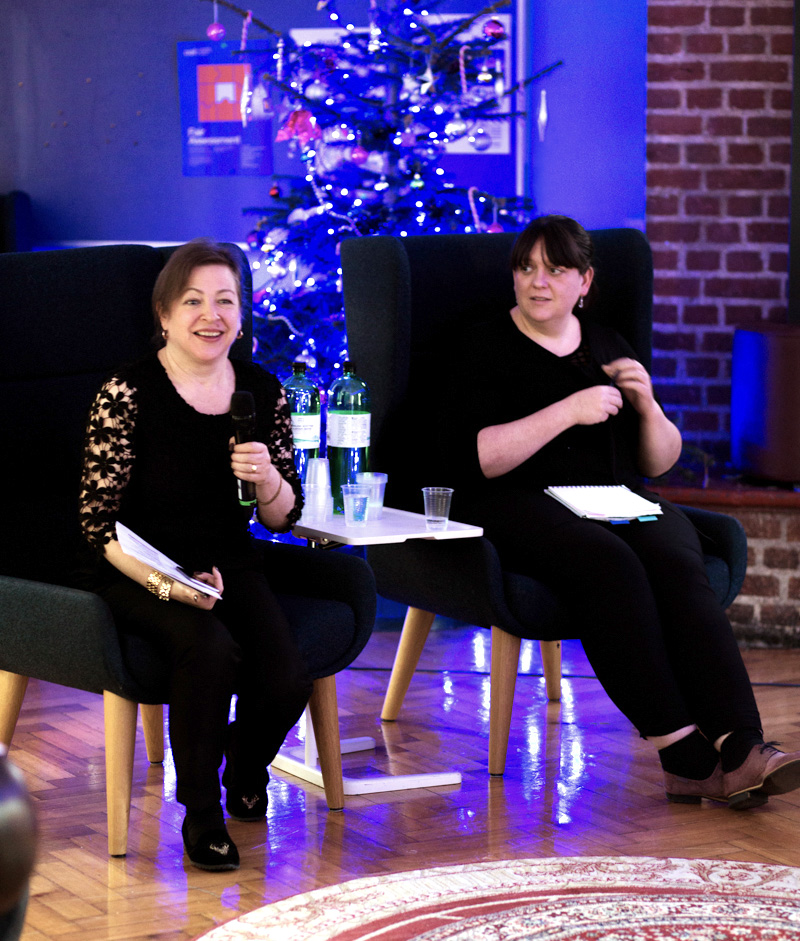 The event kicked off with Cherie Federico, Editor of Aesthetica Magazine and founder of the Aesthetica Short Film Festival. LCF has great links with Aesthetica and at the last film festival in November presented a screening and panel discussion entitled: Decoding Fashion Film. There were also 17 LCF filmmakers presented in the festival. Federico presented three of her favourite fashion films: Breaking Rules, Victor Claramunt for Bibi Lou (2015) Justanorm for River Island by Joseph Turvey (2013) and Snowbird for Kenzo by Shaun Baker (2015). 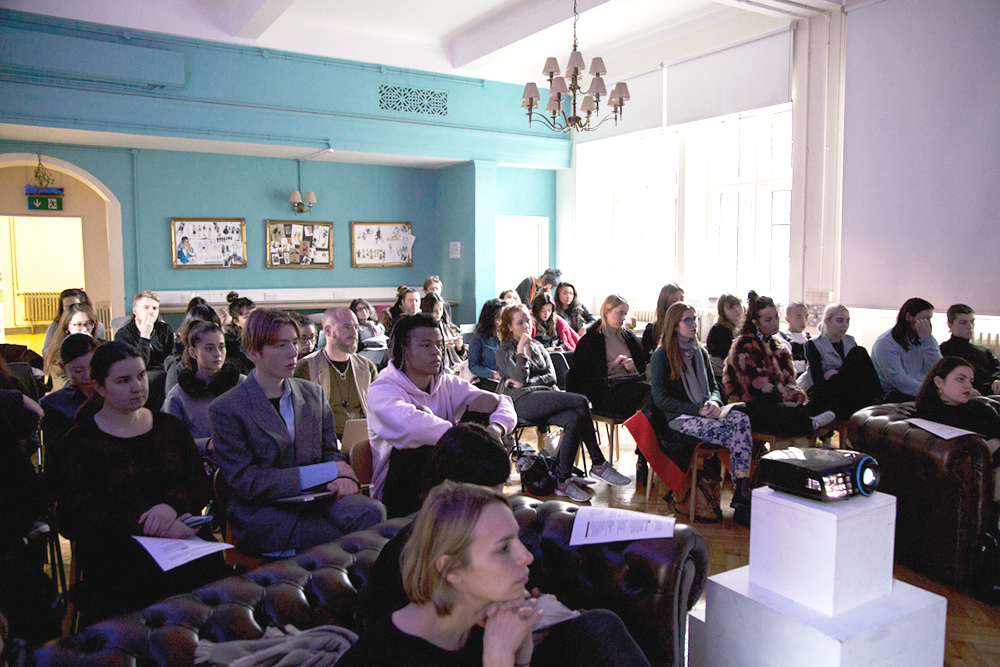 Cherie revealed that within a film festival, fashion films (like any other film genre) are selected on the basis of compelling narrative, quality of sound, visual strength and art direction. “Fashion film has brought new audiences to Aesthetica. There’s a real interest in it,” she said. The proximity of fashion film to branded content and advertising could be a cause of tension – but also of creativity.

The experimental film panel chaired by Kim Coleman, artist, and LCF lecturer, saw Ursula Mayer (2016) present a range of her work including Gonda (2012) and Atom Spirit (2016). While this was clearly the directorial output of an artist (models most commonly silent in fashion films were seen to be quoting long theoretical tracts from Laclan), Mayer explained she was as happy for her work to be seen in a gallery or cinema context: “the white cube or black box”. Writer and Curator of the Fashion in Film Festival, Marketa Uhlirova of CSM presented fantastic selection box of experimental cinema clips including Emak Bakia, Man Ray (1926) Chum Lum, Ron Rice (1964) and Travelling Lady, Jessica Mitrani (2014). This strand was a valuable one because it presented so many different approaches to moving image. Cliché is the enemy of fashion film! 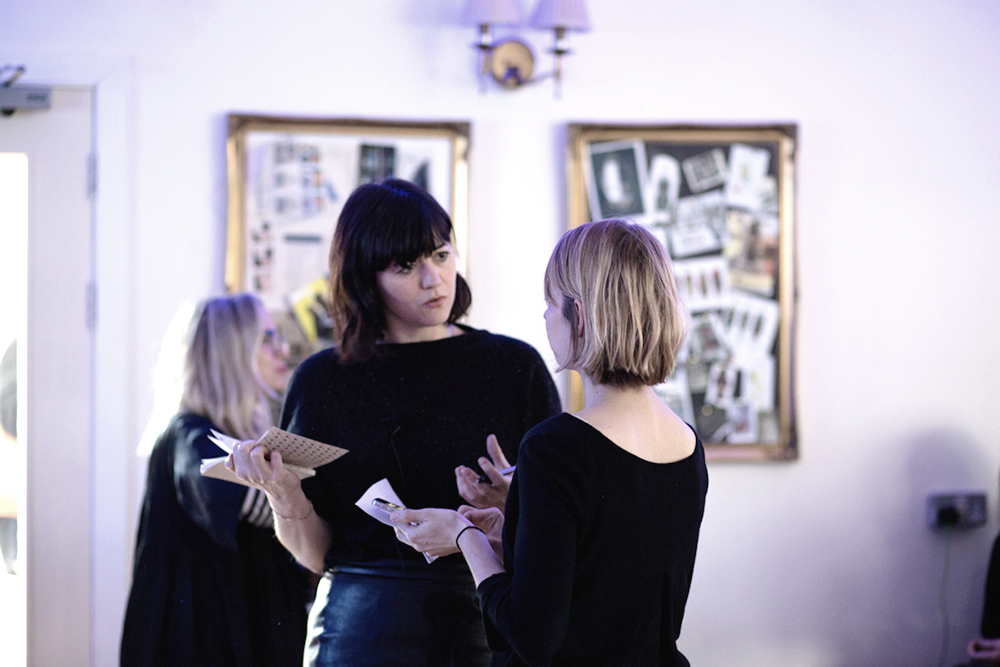 The last part of the symposium was about making films for the fashion industry. LCF alumni, Corinne Delaney (MA Fashion Media Production), Ivana Bobic who has worked for Mulberry (film below) and Stella McCartney, and Liam Gleeson of Hidden Agency (films for Pull & Bear, River Island and Liam Hodges) screened their commissioned films and then told us the Behind the Scenes stories of these productions. One thing we as viewers never know are the dramas, last minute changes and spontaneous creative decisions that are made on set.

Gleeson showed one film that was made start to finish in 24 hours for Lee Roach. An eerie chiaracuso effect that spotlighted the male models in what looked like an underground car park, was produced by simply switching the lights on and off then slowing this down in post production. Bobic revealed that the grass in the Mulberry SPRING film (2015) was really not AstroTurf.. and Delaney’s film Je Ne Sais Quoi was commissioned by a designer in China that she had never met. 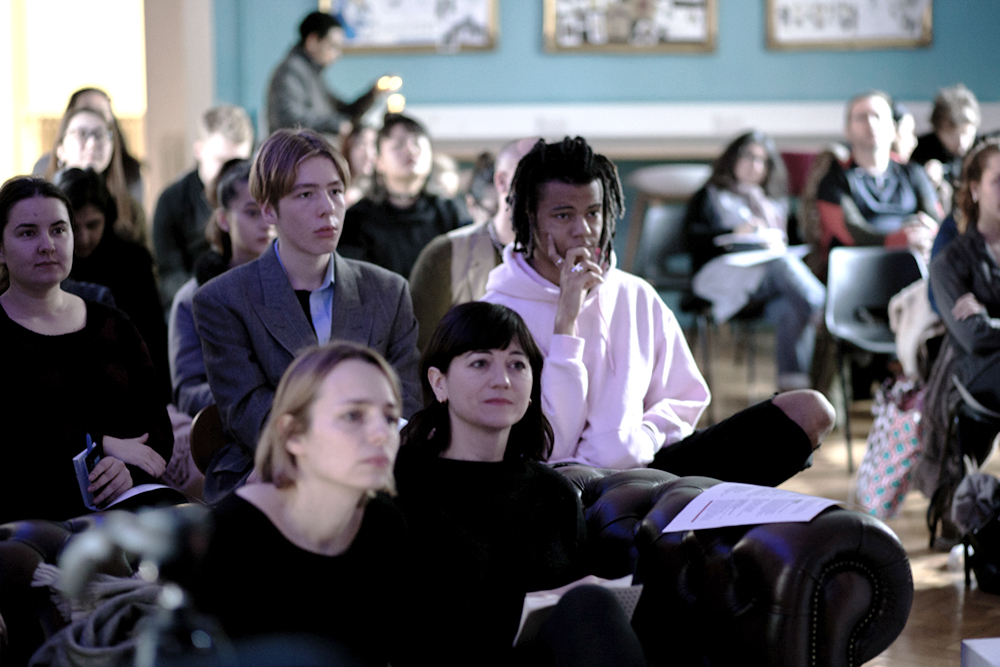 Fashion Film is a fantastically vibrant and dynamic area of the fashion industry and my parting wish for this event is that it will inspire some of the audience which included students from across LCF to be inspired to make more fashion films. Action!