Dress For Our Time displayed at the UN Geneva TEDxPlacedesNations event

Professor Helen Storey’s Dress for Our Time was displayed at the United Nations in Geneva earlier this month, as part of the TEDxPlacedesNations Transforming Lives event. There, the dress was on show not only to the one thousand people in attendance, but also to the thousands of people watching the event live online. 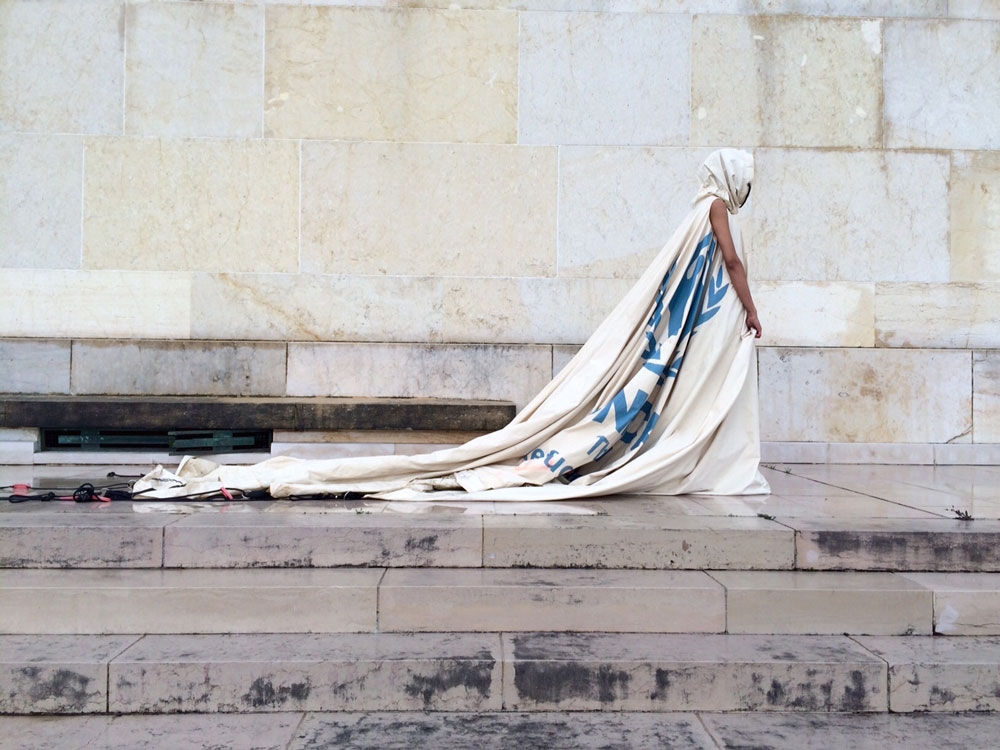 Dress for Our Time was launched last November at St. Pancras International Station ahead of Cop21 in Paris. The project uses the power of fashion to communicate some of the world’s most complex issues. Phase one of Dress For Our Time looked at changing the way we think about climate change, through fashion, science and wonder.

As the project moves into its second phase, its appearance at the UN in Geneva began a dialogue around migration and the experience of refugees, and sparked provocative and inspiring conversations on Twitter and Instagram.

The dress itself carries so much weight –  physically at 15 kilos, and  also symbolically, as the former home to refugees at the Zaatari Camp in Jordan, it holds the weight of humanity. We spoke to Louise Owen, the ‘Warrior Woman’ about her experience of being its sole wearer.

The dress itself is very heavy to wear, which is understandable as it weighs 15kg, but it’s also surprisingly soft. When I wear it, it feels like protective armor. It’s spectacular, and in it I feel strong and that I am carrying a message.

We also asked her how people responded to her presence at the TEDxPlacesDesNations event:

Everyone responded really positively to it. Its presence created a lot of intrigue about the whole project. People were wondering what it meant, some even wondered if I was going to do a performance. They filmed and took lots of photos.

When we weren’t filming I got to talk to some very interesting and inspirational people like Melissa Fleming (Head of Communications at the UNHCR) and Ger Duany (actor and model from South Sudan).

We also met a Turkish group who were having a tour of the Grand Palais, and they asked me what the project was about. When I explained it, they went on to tell me about how their country welcomes refugees and how they personally wanted to do more for refugees too. I was overwhelmed by their humanity. They thanked us for helping spread the message of hope and help, then continued with the tour. It was a lovely moment. 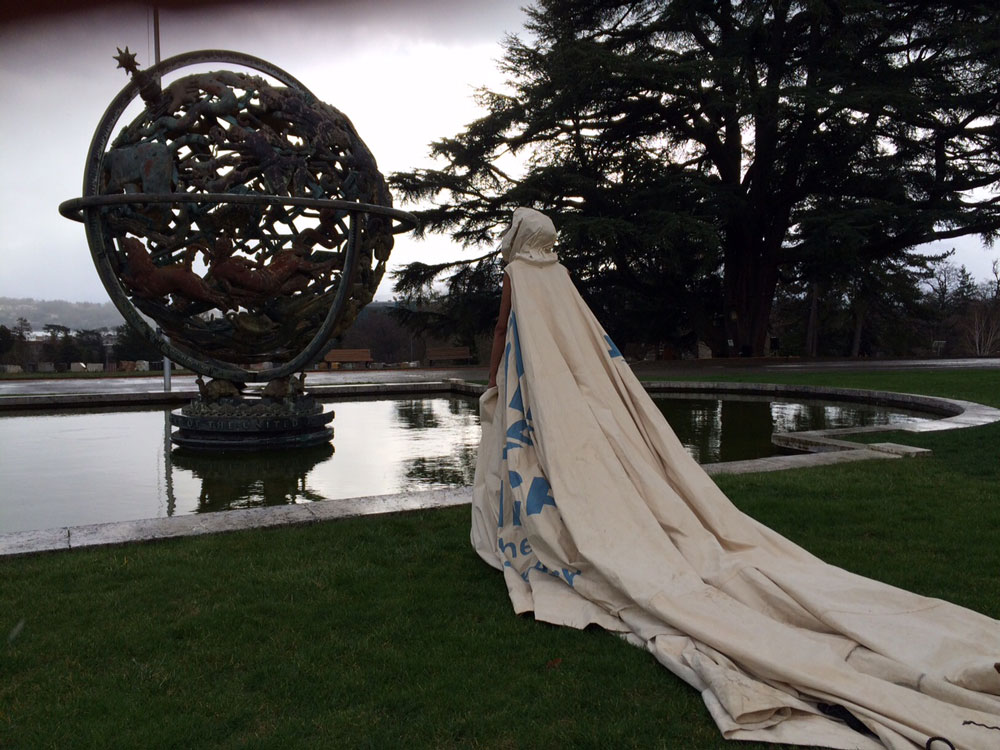 The power of a worn and re-purposed ‘dress’ to connect to global issues, was blown wide open for me at the UN in Geneva this month. Invited by the UNHCR to be a physical presence against the back drop of their TEDx Transforming Lives event at The Grand Palais, it was as much the day of filming before, as the life affirming talks themselves that made it clearer still, what our industry’s role can be, to effect change, give unexpected voice and move both hearts and minds in unison, to stay connected and in flow with the humanitarian cry of our time.

The next phase of Dress For Our Time will launch this summer in London.