As the first exhibition of Cristóbal Balenciaga in Latin America opened earlier this year at the Museum of Modern Art in Mexico City. María Fernanda Sela talked to Javier González de Durana, curator of the exhibition and former director at the Balenciaga Museum in Spain, to find out how the exhibition was made possible.

María Fernanda Sela: How was the process of selecting the objects for this very first exhibition about Balenciaga in Latin America?

Javier González de Durana: Balenciaga’s production was huge; he presented two collections with 100 and 150 looks each every year. Considering he worked for over 32 years in Paris, there are around 7,000 to 9,000 items in total. The selection for the exhibition presents objects from different styles and eras. What is not explained with dresses, is expressed with a series of photographs from Manuel Outumuro. However, no matter how it’s exhibited, there will always be a lot of Balenciaga to discover. 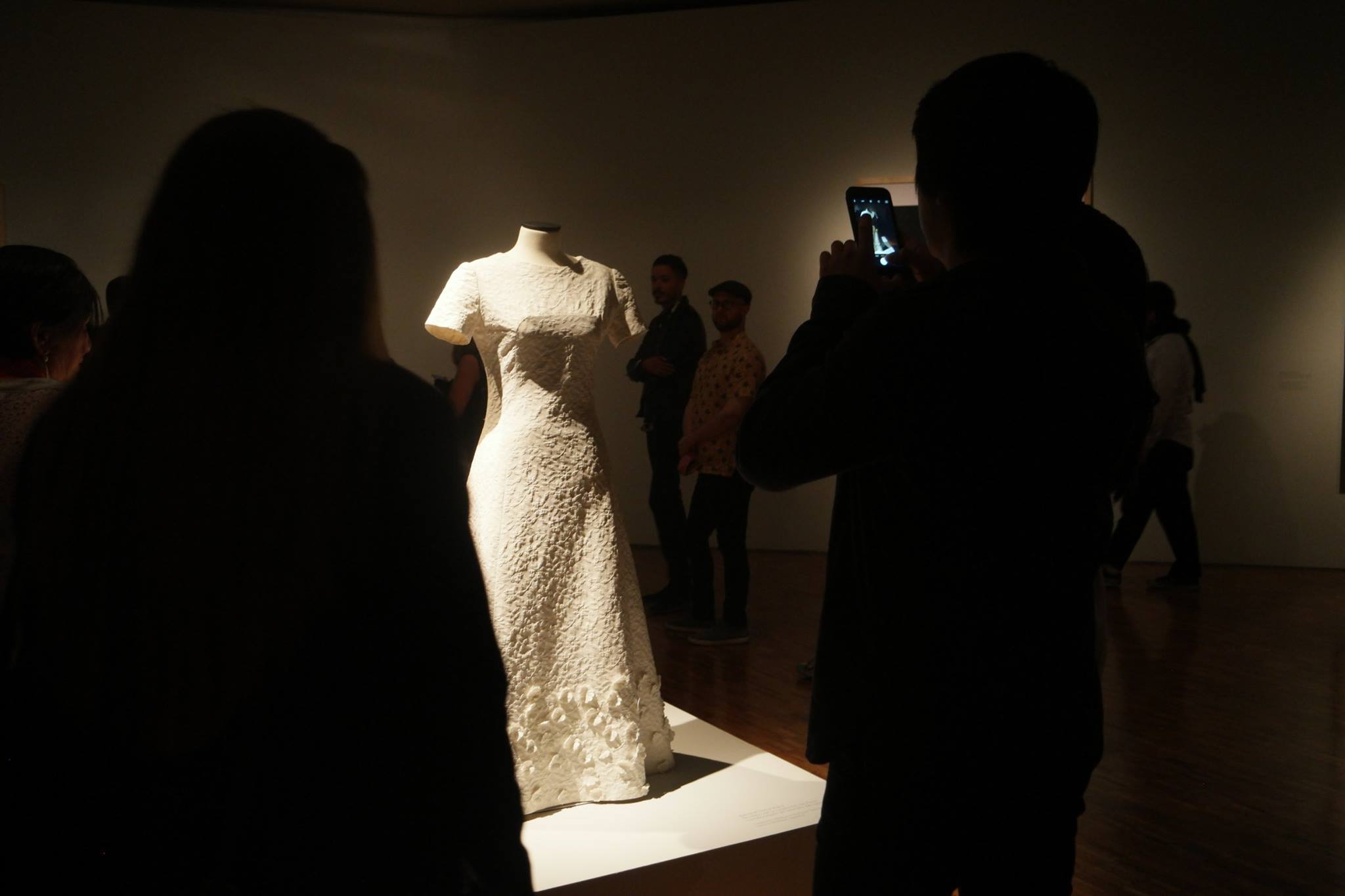 MFS: What is the focus of the exhibition?

JGD: There are 16 dresses and hats, a photo series, plus several sketches never exhibited before. The majority of the objects belong to private collections and many to the Cristóbal Balenciaga Museum in Getaria, Spain. Every item has been chosen for its particular details; in terms of construction, cut, pattern and materials, they are all very interesting.

MFS: What were the main challenges working on this exhibition?

JGD: Perhaps the limited budget – high production costs often represent a challenge. Fortunately, the Museum of Modern Art of Mexico City made a big investment to make the exhibition possible. On the other hand, loans from museums represent a challenge too; in terms of transportation, it added to special requirements to exhibit an object in special conditions. For instance, some dresses need complete darkness and be exposed at very low light.

MFS: Is there a link between Balenciaga and Mexican women?

JGD: In Mexico, there were always women who wore Balenciaga, whether they acquired an item whilst on vacation in Europe or in New York. In this sense, we thought it was interesting to exhibit alongside the garments a series of portraits of Mexican women, by renowned artists like Siqueiros and Diego Rivera, from the permanent collection at the museum.

MFS: International icons such as Marella Agnelli or Mona von Bismarck epitomized the spirit of Balenciaga in his era. Who does it now?

MFS: Wearing a Balenciaga gown can turn into a whole experience, modifying posture and gesture…

JGD: Exactly. Some garments were meant not only to make women feel more beautiful and reshape their silhouette, but also to modify the way they walked, moved and expressed themselves. After analyzing a woman’s body, Balenciaga imagined new ways to dress, clothing the body with voluminous garments of fluid and modern shapes. Moreover, he allowed visible interesting areas of the body that were not shown before, such as wrists and forearms, an intelligent strategy to make a woman’s shape even more attractive. What Balenciaga did, changed the feminine silhouette in the mid-20th century, liberating it from the traditional focus on chest, waist and hips. 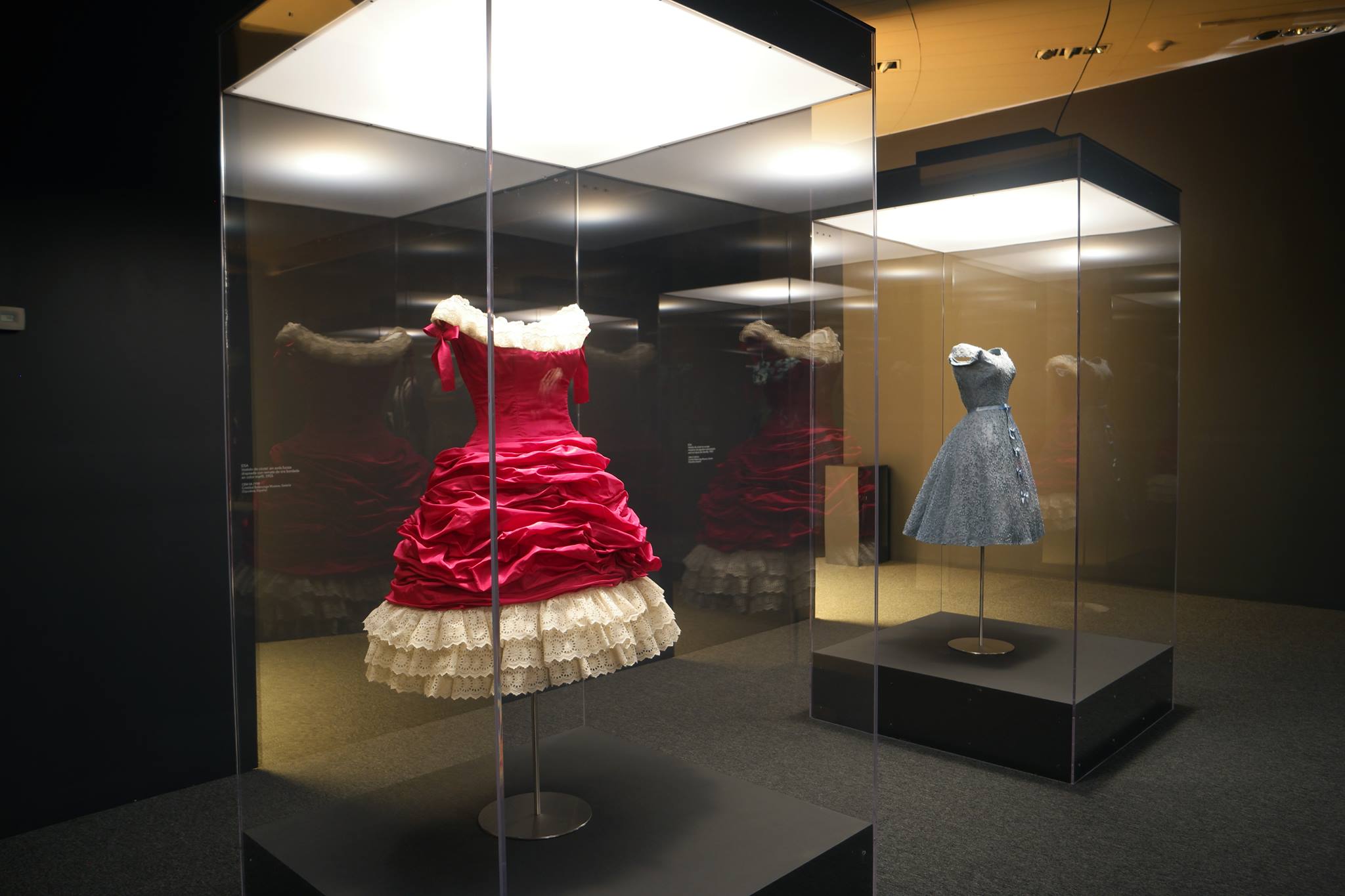 MFS: The lack of a real body is one of the biggest challenges curators face when exhibiting dresses. How did you work through this issue?

JGD: As these Haute Couture dresses were specifically created for certain women, the reasonable solution would be showing them on them. A dress must be exhibited on a real body in motion to look its best; to see how the cut, texture and volume stand out. However, when a dress enters the museum it becomes an object to be looked at for its artistic values and other attributes.

MFS: Could you share a story of any of the dresses in relation to the wearer?

JGD: There is a wedding gown, never exhibited before, that belonged to one of Balenciaga’s assistants. Whenever someone turned 25 or was about to get married, he let them pick a design to make a new dress and gave it as a present. One of the assistants kept her wedding dress and we loaned it for the exhibition. It was never presented on the catwalk but it was exclusively produced for his assistant. It is made of a very high quality fabric and it actually was adapted from a night gown.

MFS: An exhibition invites us to look at a dress from a different angle. How should one look at fashion in the museum?

JGD: Whenever a dress enters the museum it immediately loses its original purpose and stops being a functional item of clothing to become an object with aesthetic values to be emphasized. For this reason, its functionality is not what matters any more but the way it was cut, its volume, how it shrouds the figure, what covers and what shows, the era to which it belonged or the purpose for which it was worn. Moreover, every dress has a message to decode about someone who wore it and who made it a temporary habitat.

MFS: At certain points, there is a relation between Balenciaga’s lines and the architecture of the MAM. Is it something you considered when curating the exhibition?

JGD: I really didn’t think about this, however the building does coincide with the late years of Balenciaga. If we looked carefully we could say there is the spirit of the era in both the building and the designer’s work.

MFS: An exhibition celebrates a designer’s work outside of the commercial system, but sometimes also contributes to promote a brand. Would you consider a fashion exhibition part of the fashion system?

JGD: The Fashion System was never in need of museums to reach its goals. The creation, communication and sale of fashion ignored Academia for a long time. Museums considered fashion as a decorative art and it is not until recent years that the museum has become an important platform to exhibit fashion for more than artistic and aesthetic values. However, museums greatly benefit from fashion exhibitions nowadays, the same way fashion considers the museum an important platform within which to communicate ideas.

MFS: What do you think Cristóbal Balenciaga would think about Balenciaga the brand right now?

JGD: We can’t know what he would think, but what we know is what Hubert de Givenchy, his friend and colleague, does. He thinks he would not like it. But that is fine, we live in a different era now. He did not like what fashion was like in 1968, the year he retired, he would not have to like what is happening now. Fashion belongs intimately to a certain time. When you do not belong to that time, it is reasonable you do not identify.

JGD: Nicolas Ghesquière brought the maison to life from 1997 to 2012 and Alexander Wang reinterpreted Balenciaga’s philosophy between 2012 and 2015; his last collection for Spring/Summer 2016 was the most pure Balenciaga. But I think Demna Gvasalia still needs time to adapt and absorb the philosophy of the brand. The weight he carries from working at Margiela still affects him.

MFS: Which item from the Fall Winter 2016 collection by Demna Gvasalia would you select for the permanent collection of the Balenciaga museum?

María Fernanda Sela graduated from the MA Fashion Curation course at London College of Fashion in 2016. She now works for an editorial studio in Mexico, and edits a seasonal fashion magazine published by El Palacio de Hierro, a Mexican department store.