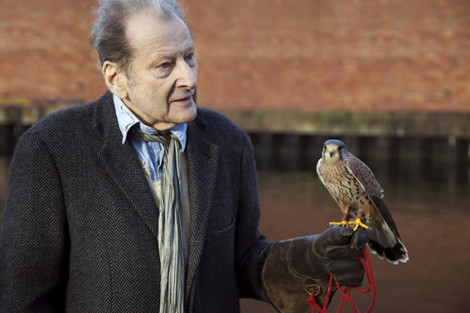 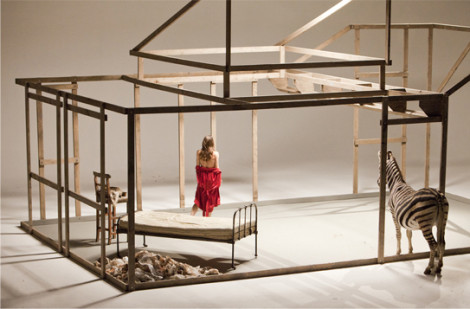 Talking about the work, Tim Meara says: “My approach was to gather reminiscences from some of the key people in Freud’s life – family and sitters – to capture the essence of the artist’s life and work through a series of filmed ‘silent portraits’.

“I was able to work closely with Lucian Freud and his collaborators for the production, from Leigh Bowery’s assistant, Lee Benjamin and BodyMap designer Stevie Stewart, who reconstructed the PVC clubbing outfit worn by Bowery for Annie Leibovitz’s iconic 1994 photograph and brought it to life again for the film; to Nicola Bateman herself, who appears, embroidering the bedspread that she made for herself and Bowery just before they were married.

“Freud painted her as she sewed in ‘Evening in the Studio 1993’. The scenes are inter-cut with footage of Freud walking the banks of the canal in London’s Little Venice, a kestrel perched on his arm. The artist used to keep kestrels in his Delamere Terrace studio in the ’40s.”

The exhibition runs at MoMu – Fashion Museum Province of Antwerp in Belgium until 17 July 2015.