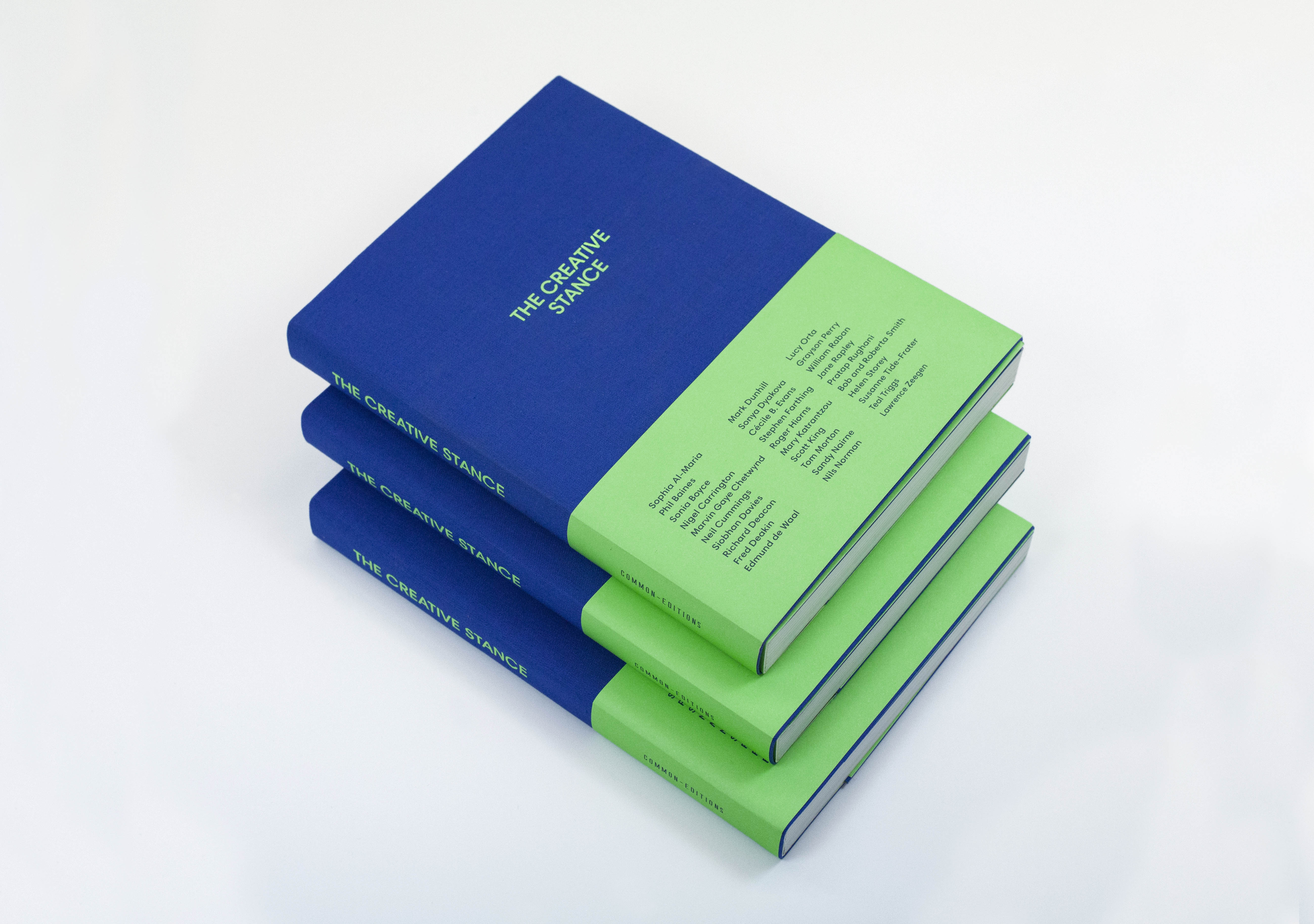 University of the Arts London celebrates creativity and unpicks the secrets of success with The Creative Stance. The book, launched at Central Saint Martins yesterday, brings together the University’s alumni and staff – from Grayson Perry and Lucy Orta to Mary Kantrantzou and Edmund de Waal – to consider the elements of creative success.

Here’s we pick a few of our favourite snippets of advice:

“By making it myself, I hold on to experimentation and the creativity. It make sense to hold on to the fact that I make something myself. You’re in a lawless space – I call it a no-man’s-land – when you’re in the studio and you don’t know what you’re doing and why, and then you come across something.” Marvin Gaye Chetwynd

“That’s the important thing – how you can invent, over a period of time, the rules that apply to you, rather than always adhering to rules made by somebody else. That takes practice.” Siobhan Davies

“John Dewey, the wonderful philosopher, talked about it as the flight and perching of the bird; you’re in the moment and then you stop, you’re immersed and cannot stop and then there’s the moment of reflection. Both are absolutely essential. The extraordinary thing that I have learned is how and when to stop, and also just how much time it takes me to reflect fully on what I’ve done.” Edmund de Waal

“At Central Saint Martins, I found a personality within my work, because that independence, as soon as I got used to it, gave you the space and the time to really challenge your work.” Mary Katrantzou

“It’s important, because it’s not obvious to be yourself. I think that the thing that squashes most people is homogeneity.” Roger Hiorns