We catch up with Eleanor Henson, a Textile Design student whose fundraiser, Part of Us, in aid of the refugee crisis takes place on 25 April 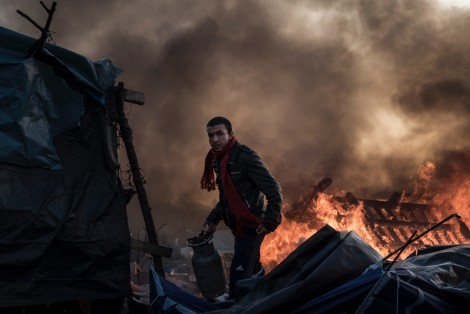 Eleanor Henson is a third year student. It’s unsurprising to hear that she’s busy heading into her final term. But it’s not just her final collection that’s occupying her thoughts. Eleanor is the founder of Part of Us, a platform for raising awareness and funds for refugees, and on 25 April it hosts its first public exhibition and auction at the College.

“We’re so privileged and this is an amazing school. We have so much potential to do stuff but it’s often about you and your career,” Eleanor explains how the event came in to being. With so many column inches in the media devoted to the migrant crisis, and the camp in Calais in particular, she was eager to explore the reality behind the headlines and open up a conversation across the College. 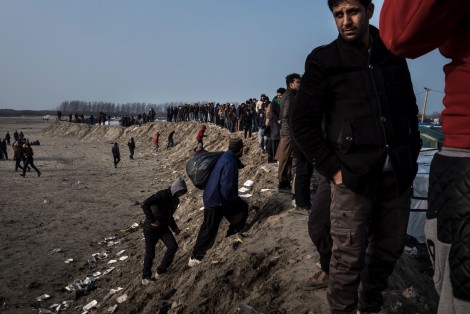 Following a great response to her Facebook callout, and with friends travelling to Calais to volunteer within the refugee community there, Eleanor’s mind turned to action: “I was chewing it over in my head. I don’t have any money, I can’t take time off because I’m in my final year. The strength that we already have here is a great reputation, creativity and hopefully people who want to help. I thought we should do what we’re good at.”

Having begun Part of Us as a platform for engagement, soon it grew to encompass an exhibition as well as an auction to raise funds for NGOs working in the Calais camps and those working more broadly to provide legal aid and support to refugees.

Work has been donated by students, staff and alumni from Product, Ceramics and Industrial Design Programme Leader Nick Rhodes’s double-headed wine glasses to alumna Camille Walala’s Dream Come True abstract print. As well as work, there are pledges stretching from the luxurious (a mini-break in Valencia) to the downright priceless (lunch and a tour at Head of CSM Jeremy Till’s innovative straw bale home). 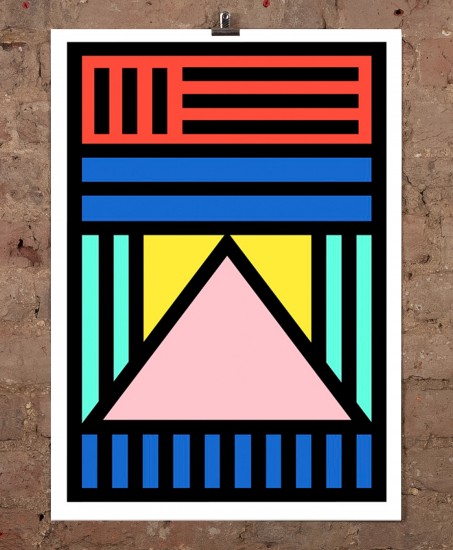 Running alongside the auction is an exhibition exploring not only work about displacement but also the place of creativity in the lives of refugees. For example, Counterpoint Arts is showing pieces by professional artists from refugee backgrounds while the Refugee Phrasebook Project explains how it offers essential support to bridge language barriers.

Art Refuge UK shares some of the therapeutic, (and therefore anonymous) work made at camp wellbeing sessions and photographs by Caroline Rapezzi who documented the demolition of the Calais camps in March of this year. The focus for Part of Us isn’t solely on what’s happening internationally. Young Roots is a charity that works with refugees in the UK. It provided cameras to young people making new lives in Croydon and a collection of those insightful images will be on show also.

In this breadth lies one of the tenets of Part of Us that creativity should exist in all places and for all people. While it is important to unpick the all-encompassing and politically-charged monikers of ‘refugee’ or ‘migrant’ and explore the real stories behind them, so too Part of Us approaches creativity. The professional sits alongside the amateur, the therapeutic next to the commercial. “Art can be quite high brow and it closes off a whole spectrum of people,” Eleanor says, ‘that’s not the point of art, it’s about communication.’

What began life as a conversation has turned into collective action. There are already plans for events beyond April’s auction as Part of Us has made links with Artolution, an organisation that brings artists and communities together to collaborate on murals building up a sense of agency and creativity among displaced people. So watch out for a mural project in London this summer. But first thing’s first, Eleanor has got some weaving to get back to.