With Show One: Art now open, we take a closer look at the work of the some of the students and the inspirations behind it. Here MA Art and Science student Hazel Chiang shares five key works that have inspired her final project, centred around ideas of emptiness, language and negative space.

My work engages with the nature of consciousness, using the framework of scientist David Bohm’s theory of implicate order to construct physical metaphors with which it might be better understood. Bohm’s notion of implicate order proposes that the world is not limited to visible physical truth but extends through an action of ‘empty’ enfoldment, full of unseen information. Initially, I began by examining scientific tools and concepts – for instance, the nature of time – to question the framework we use for describing consciousness and, respectively, the fact that scientific experiments concerning the measurement of time seem to indicate consciousness is likely an illusion. Each of the artefacts I have produced constitutes an attempt to answer the implications of these observations and, collectively, aim to provide a place for consciousness on the map of the universe. Here are five things that have influenced my final works, currently on view at Degree Show One: Art: 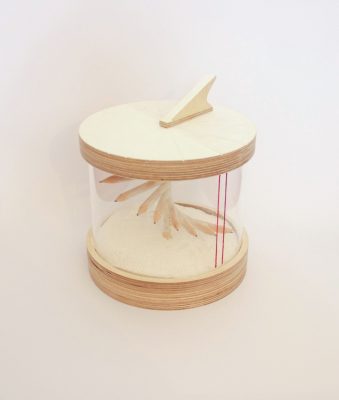 I made an analogy of the concept of implicate order in my previous work Draw a Line. The top of the piece is a sundial-like handle which is connected to a series of pencils underneath. This presents “a pencil” as understood by Einstein’s fourth-dimensional concept, showing the pencils together in the states of past, present and future. When rotating the handle, the pencils turn as well. If we constrain our sight to the area created by the red lines, we only see one dot moving in the order of time – like a line being drawn. However, behind the red lines, the movement is not formed by one single dot but many. This comparison illustrates our limited perception of movements, implying that something bigger might lying behind a mechanistic view. The science, as shown within the red lines, is not enough to describe something which might not appear in totality (e.g our consciousness). 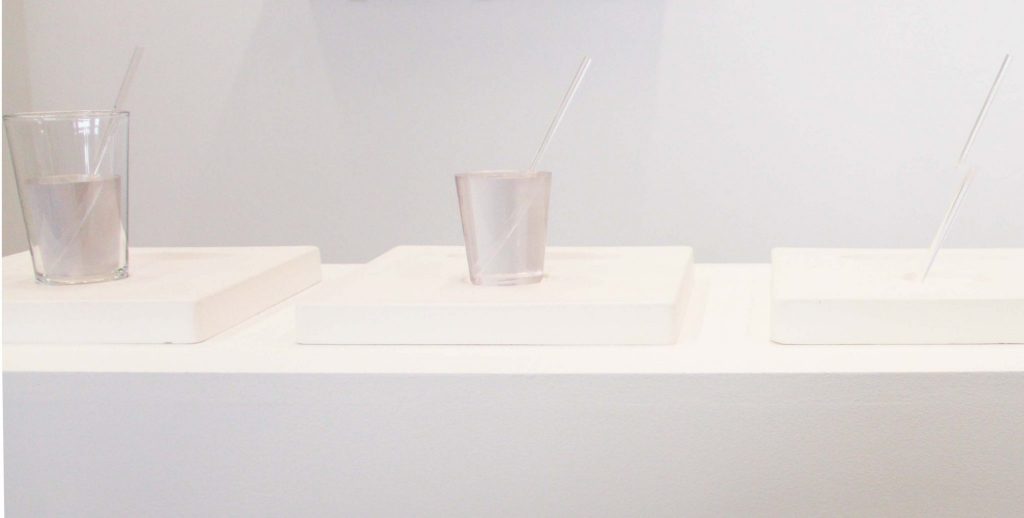 My degree show piece The unconscious frame shows a glass of water with a straw, gradually being removed. When the glass is gone, the water retains its shape as if the glass is still there; while the water is being removed, the straw stays in its refraction state, as if it is still in the water. This implies how we are constrained by the invisible frame.

The idea comes from an experience I had when I accidentally ruined a part of my computer keyboard several months ago. After that, I would avoid the part that did not work while using it. However, after my keyboard was fixed, I found myself still avoiding that part, and it took me a while to get used to it again. As we can see, this is the limitation that I put upon myself, guided by my subconsciousness. This experience reminds me of how we are limited by our languages and the scientific framework. For example, we use tenses in our language. These keep reinforcing the frame of time again and again every time we use them. Therefore, everything we discuss will easily stay within the framework of time, acting as a blind spot that is hard to notice. 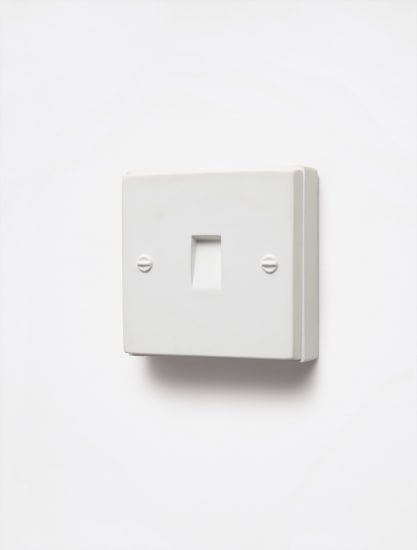 In some of my Degree Show pieces, I try to depict the probable essence of ’emptiness’, as detailed in Bohm’s writings. Whiteread’s casting works are the inspirations behind my visual interpretation. Her artworks record the negative space of daily objects, depicting the environment around but not the thing itself. In her work Switch, we can recognise the thing in positive space through its ’emptiness’, as if seeing the object from the inside of the switch.

In the film Arrival, a new concept of time is transformed into a metaphor which relies on the fluidity of language. As a closed system, the circular logograms imply a concept of time in which past, present, and future all exist simultaneously – there is no linear order. Information is perceived in an instant, all contained within a single circle. This concept of time can be connected with Bohm’s implicate order, inspiring me to record my experience of prophetic dreams as one of my Degree Show pieces.

In this thinking experiment, a monolingual English speaker is locked in a room. Questions written in Chinese are presented to the volunteer and they are given a guidance book on formulating an answer in Chinese using only the shape of its characters. From outside the room, one will assume the room has provided meaningful answers and will conclude that it understands Chinese. However, in truth the person inside the room does not understand Chinese but is simply following the instructions provided. This experiment, originated by philosopher John Searle, indicates that AI – the programme we regard as the proof of consciousness – is merely a formal behaviour, and it is far from authentic consciousness.