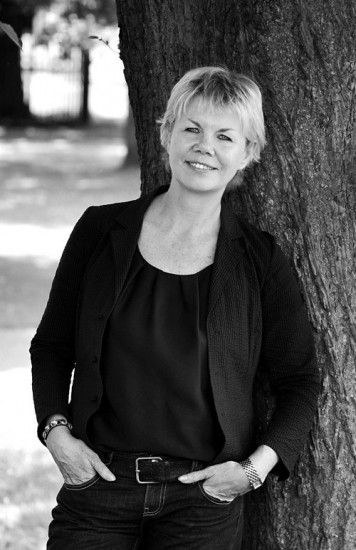 Sally Brampton, the journalist and novelist, who died on May 10, developed the pioneering Fashion Journalism pathway on the MA Fashion course at Central Saint Martins in the early 1990s.

In the 1980s, she had founded and launched the British edition of Elle, a magazine that summed up the upbeat mood of the era. In that role, she supported and nurtured a generation of talented journalists writing about fashion and lifestyle.

Her experience, wisdom and energy made her the perfect choice to develop post-graduate fashion journalism at Central Saint Martins. In particular, she recognised the need for fashion journalists to develop a more sophisticated technical knowledge of how clothes are made. Thus was born the celebrated ‘shadowing project’ where student fashion journalists shadow MA designers in the months before their final show and exhibition – a project that is still an integral part of the Fashion Journalism pathway (now part of the new MA in Fashion Communication, launched in 2015).

Sally was one of the first students on the new BA Fashion Journalism pathway at St. Martins in 1976/77, going on to win the Vogue talent contest in her first year.

Leader Roger Tredre, who was also the first external examiner on the course in 1994, said:

“The students she taught loved her for her energy, honesty and brilliance. Her legacy will endure.”