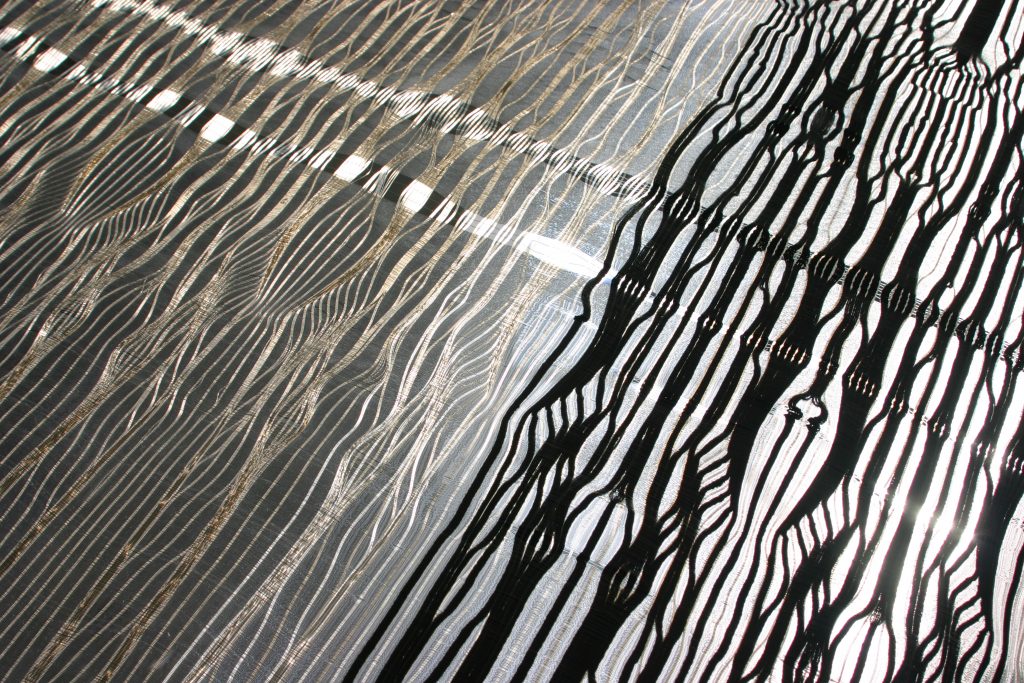 An alumna of BA Textile Design, Rita Parniczky makes work unlike any textiles you’ve seen before. Having been awarded the Perrier-Jouët Arts Salon Prize, she is currently enjoying her first solo exhibition at London’s Contemporary Applied Arts until 30 July.

Working with nylon monofilament as well as rayon and cotton threads, Parniczky weaves intricate wall hangings in which structure and decoration are one and the same. 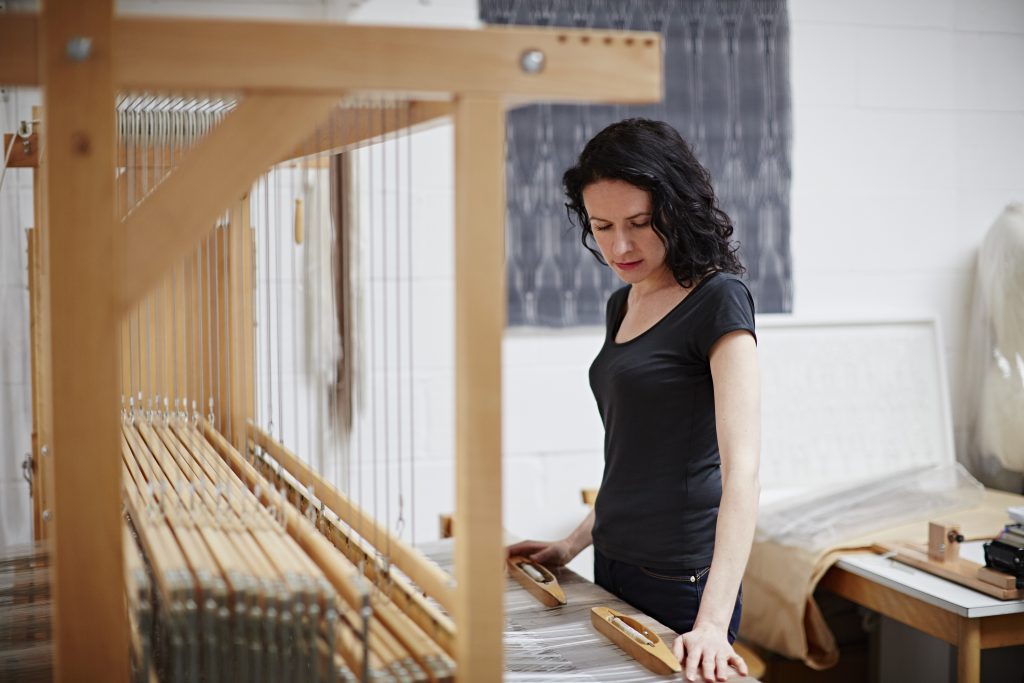 Her first solo show, Weaving with Light, includes not only her woven pieces but also the photograms that inspired them. Parniczky was introduced to photograms – capturing objects by shining light through them onto light-sensitive paper – during her first year at Central Saint Martins. “I was always interested in what is happening below the surface of things, photographs that show the insides of things. Something that you can’t normally see,” she explains.

She doesn’t reveal what the original objects captured by the photograms are and Parniczky protects this air of mystery. The combination of both revelation and mystery combines in her woven work too, bringing to the fore the internal structure of a woven material: “There are vertical and horizontal threads that make up the surface of your jeans but you don’t see the structure that’s inside. What would happen if you could x-ray that textile? There are intriguing structures there, I just need to bring them to life.” 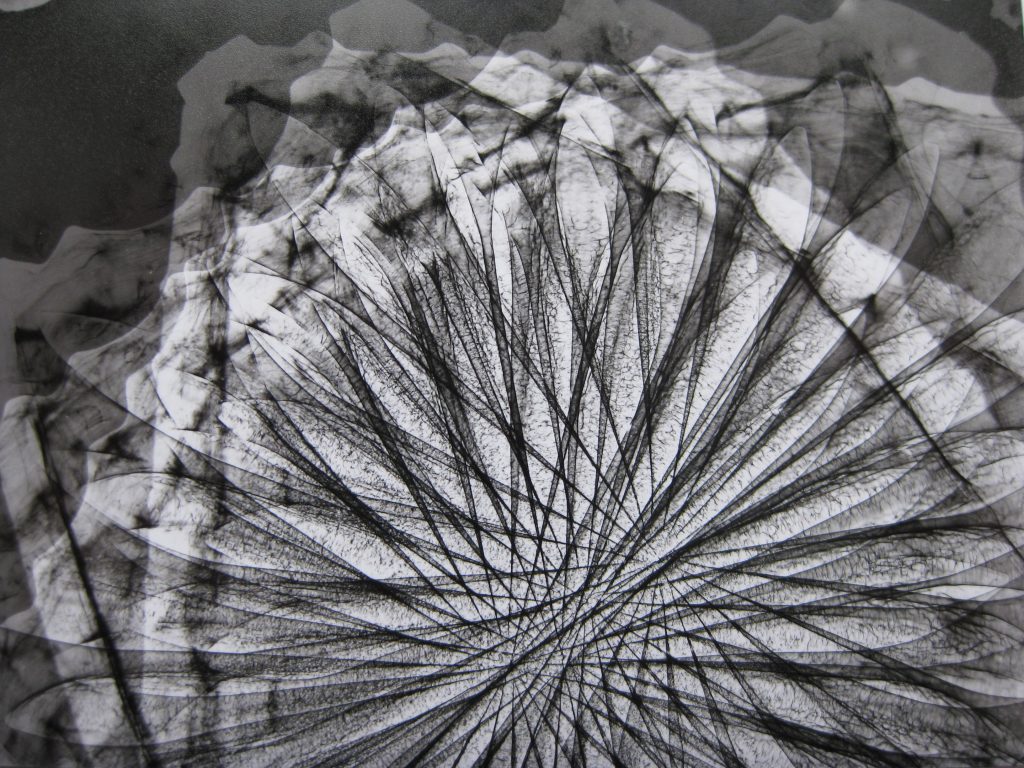 Parniczky spent her final year at the College experimenting with monofilament to create transparent weaves. She explored how to bring the woven structure to the surface. “I was looking beyond textiles,” she recalls, “at College I was interested in how far I could push something before it collapses.”

Since her time as a student, Parniczky’s work has grown in complexity but her commitment to process remains the same. For large pieces, she plans the first 20cm on paper but then, she responds to what happens on the loom: “I like that because then I’m working with the loom, the structure and the threads individually – I get a relationship with the material that way.”  Though her work is a love letter to textiles, her reference points stretch from fan vaults to dragonfly wings, a running theme being the visual expression of internal structure.

Following her graduation in 2009, Parniczky won a commission from The Worshipful Company of Weavers (an award given only every three years to an emerging maker). On the announcement of the commission, Richard J Humphries, Upper Bailiff of the Worshipful Company, paid testament to the artist, saying, “In woven textile design, most of what is seen has already been made before. But just once or twice in a generation there is a designer who immediately you can recognise as a person who has the loom craft, the inspiration, and the courage to push the boundaries of weave to a new and innovative level. Rita Parniczky is that talented exceptional designer who combines the meticulous attention to the detail and originality, which is revealed in her perfection on the loom.” The piece – woven in the summer months at the CSM workshops after graduation – currently hangs in the Company’s offices and will enter the V&A permanent collection at the end of this year going on show at the Clothworkers’ Centre.

The Perrier-Jouët award brings not only the solo exhibition but also a prize of £10,000, making 2016 a big year for the textile artist. It’s the perfect time to bring together her body of work since graduation but at the same time to look to the future. Parniczky’s focus is on finding collaborators to work on applications for her work. “I need to help people understand how they can use my work in their home. With a vase you know what to do with it, but with mine it isn’t that simple,” she says, “I don’t want to make a lampshade – it has to be exciting and inspiring.”