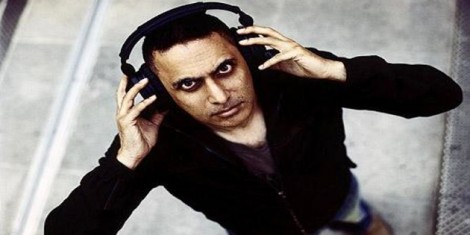 In January 2016, Nithin Sawhney gave a lecture for Performance Design and Practice students as part of a series of workshops and talks with Akram Khan Company’s associates.

Akram Khan’s role, at time of writing, as artist-in-residence at CSM enables students to come into contact with a company globally renowned for its collaborations with talented artists such as Nithin Sawhney, which in this case has resulted in audacious shows that mix Indian and contemporary dance influences. Sawhney is an eclectic artist who thrives as a musician, producer and composer and has worked as such with diverse and different art forms: Dance, Cinema, BBC documentaries, and video games.

During his talk, Nithin Sawhney explored the tension between artistic expression and communication, which he described as a pure and very personal catharsis in relation to the commercial world. Sawhney perceived these two extremes needing to be balanced to achieve success and maximise profits for the receivers, audience, listener and so on.

Sawhney also spoke of his efforts to avoid being labeled, the better to open himself up to artistic exploration. His commitment to his artistic integrity, also essential to the Akram Khan Company, is a key characteristic binding the two artists together.

The talk was a great opportunity for students to hear and question an inspiring artist in an intimate and relaxed atmosphere. Nithin Sawney shared advice and musical excerpts to encourage students to collaborate with other artists so that they may communicate better, express themselves more accurately, question their creations and explore further – as he insisted on the importance as artists to constantly “reinvent ourselves”.