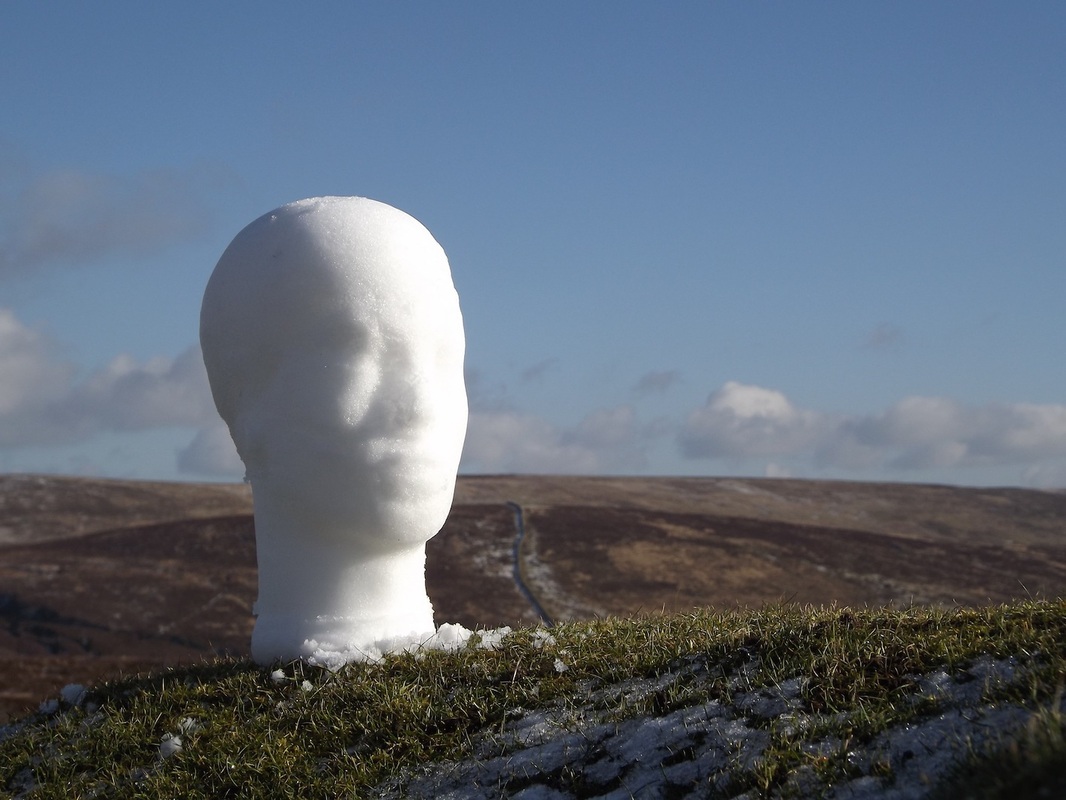 In March, MA Art and Science graduates Holly Owen and Kristina Pulejkova will travel to the Norwegian city of Tromsø. They will capture experiences and traditions of the Arctic through video and 360-degree sound recording.

For their Switching Heads – Sound mapping the Arctic project, the intrepid pair plan to mould a glistening frozen head out of snow. This will hold a pair of binaural microphones and gaze out over the landscape. During their stay, they will invite local people to come and share their stories.

Holly and Kristina will then show the work as part of artCOP21, a festival taking place in Paris during the UN framework convention on climate change in winter 2015. Carrying the film and a pair of headphones through the city on their backs, they will bring the Arctic Circle to the French public. 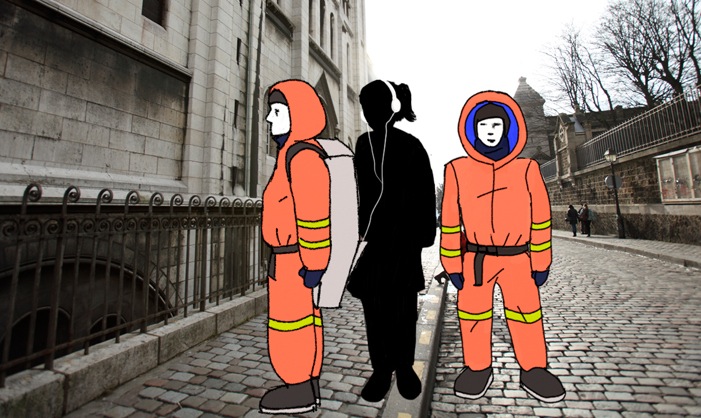 Digital mock-ups of how the project will be exhibited in Paris. © Holly Owen and Kristina Pulejkova

The project emerged out of the duo’s shared interest in global climate change, and a passion for using art as a medium to express their concerns.

Holly explains: “Kristina and I dreamt up the idea for Switching Heads – sound mapping the Arctic during our MA in Art and Science in 2013. We had shown together in an exhibition of art and climate change at the London Science Museum, and through this conversations around the subject began.

“We will be in Tromsø and the surrounding area for ten days during March. This will give us time to explore the landscape and city, get to know some of the people there, and capture the most diverse footage we can.” 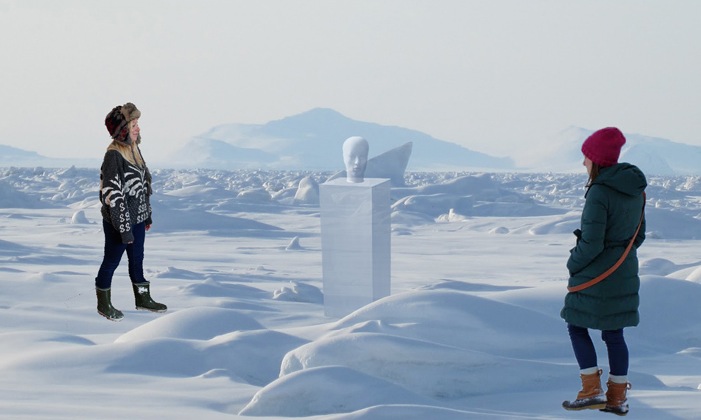 Digital mock-ups of how the project will be produced in the Arctic. © Holly Owen and Kristina Pulejkova

By going in Spring, Holly and Kristina will be able to capture the snow-covered landscape and the aurora borealis on camera. They also hope to film a time-lapse of the snow head during the partial solar eclipse taking place in late March.

Holly says: “Our snow head will act as both a voyeur and a confidant to all those around it, including Kristina and I. We are very open to what the head hears and sees, inviting an organic exchange of discourse and activity.

You can support the project by donating to the artists’ Kickstarter crowd funding campaign.