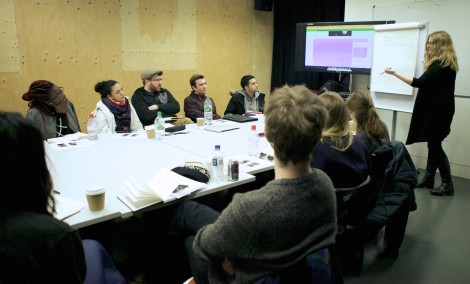 MA Dramatic Writing Course Leader Jennifer Tuckett spoke to us about the recently launched Student Guide to Writing: Playwriting competition series, the importance of demystifying playwriting, the successes of the first cohort of MA Dramatic Writing graduates and the projects that we can expect from the course this year.

Tell us about the Student Guide to Writing: Playwriting competition.

It’s the first in a new series of competitions designed to disseminate leading dramatic writing training to students and teachers across the UK for the first time.

The project is being run by the Bush Theatre, Oberon Books, the MA Dramatic Writing and Writers at Work Production. It was launched as part of the New Writing Platform series, our free series of events exploring the future of dramatic writing training, which are open to the public and students to attend.

What are the most exciting aspects of this competition?

The most exciting aspect, for me, is sharing the best training in the industry and demystifying how to write a play.

A lot of this training isn’t published so, if you want to be a writer but can’t afford to come to London for a workshop or don’t know who/what organisations are running the training, it can be really hard to know how you could be part of this industry and what you need to do to be a part of it.

As well as our overall partners, I’m really proud of the lesson plan writers we have – they’re the ten people we think are leading the way in the industry in terms of playwriting training.

Since the competition launch how have you seen the project develop?

107 people signed up for the launch, which was a brilliant response, and we started releasing the lesson plans in January. They can be found on the Student Guide to Writing website. They’re free to follow and you have until 1 March to follow the lesson plans, complete your play and submit it. Five winners will be chosen – they will see their work showcased at London Writers Week and their work published by Oberon Books alongside the lesson plans at the end of the project.

What do you hope will come from this project?

I think the book by Oberon that will be published at the end of the project is very important – it will provide permanent access to the lesson plans/the best training coming out of the industry and also publish the winning student work. This is the first in a new competition series so we hope the whole series will provide access to the leading dramatic writing training in all forms.

What did you learn from The Years of Experimentation?

I think creating the model for the MA Dramatic Writing course, but also the wider exploration of dramatic writing training and what it can be. It has led to some really exciting developments – the New Writing Platform series, the MA Dramatic Writing Lab, which allows the students on the course to work with the industry to help explore new ideas and develop new projects, London Writers Week, which was inspired by Central Saint Martins’ role in London Fashion Week and whose mission is to provide access to and showcase the best new ideas going on in dramatic writing in the UK each year, and the competition series.

You’ve recently seen the first cohort of students graduate, what have they gone on to do?

They’ve done incredibly well. One of them got on to a major television shadow writing scheme and is now a commissioned television writer just six months after graduation, which is a brilliant achievement. Another has had their short films in over 20 film festivals nationally and internationally and won a lot of awards with them. Two of the writers were long-listed for Old Vic 12, a major scheme for writers run by the Old Vic Theatre.

I think their success in just six months since graduating is a fantastic achievement and I’m incredibly proud of them. I think it is also testament to the work of the course and the Masters, we’re training them in a rigorous way to give them the skillset to make sustainable and successful careers after graduating. Some courses in the past have mainly provided writers with feedback on their work, which I believe isn’t enough – to really succeed and be able to survive, I think training needs to provide a craft and business skillset that you can keep referring to throughout your career.

What next for MA Dramatic Writing?

We can begin to tweak things rather than starting modules from scratch. In terms of the New Writing Platform we’ve got Steve Winter, Director of the Kevin Spacey Foundation, exploring new ideas about the working class actor and talking about a recent MA Dramatic Writing Lab project he did with us on 19 February. The competition will be releasing lesson plans over January and February via thestudentguidetowriting.com. Then we’ll be announcing another exciting project and following that it’s London Writers Week in July.

It has been such a privilege to be the first Course Leader of the new MA Dramatic Writing and I have so much pride in everyone’s (the staff and students) achievements over the last two years.

The Student Guide to Writing: Playwriting is available until 1 March 2016, visit the website to get involved. 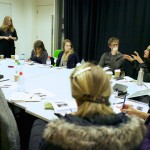 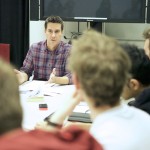 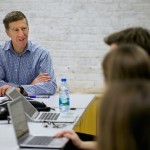 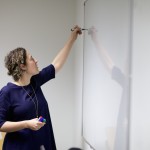 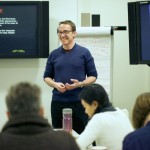