Here are some highlights from the conversation.

On the Design Museum

I’d say the uniqueness of the museum is that it’s not an extension of another museum. It is a standalone museum about design. And that is why it’s special.

When we were trying to organise the space, there were too many divisions and the space wasn’t big enough. In the end, we worked out that, actually, we should separate it into three areas. So, we had a design area; a user area; and a maker area and we had the user in the middle, to be centre of the whole process.

One of the original working titles of the exhibition was Defining Design, with many different designers everywhere and many, many different names. That’s why I think about things evolving and things bedding in when you’re working on such a long project. You don’t usually have that opportunity.

On technology as creative liberation

For us when we were just graduated from Saint Martins, it seemed like you needed professional people to make everything for you. You needed somebody to make a photograph for you, to do digital typesetting for you. I don’t think there was any thought that we ever could do it all ourselves. When I designed my opera sets as at the Royal College of Art, I never thought I could make those sets full size and photograph them. I could only make a model.

That’s why it goes back down to being a maker. Until I built the Movement Café (2012) – and I don’t know why I thought I could build that café, I never painted that amount of stuff in my life before, I just knew we were going to make it. I think that’s where I think technology now gives you the freedom; you know there’s nothing you can’t do. It gives you masses of power. 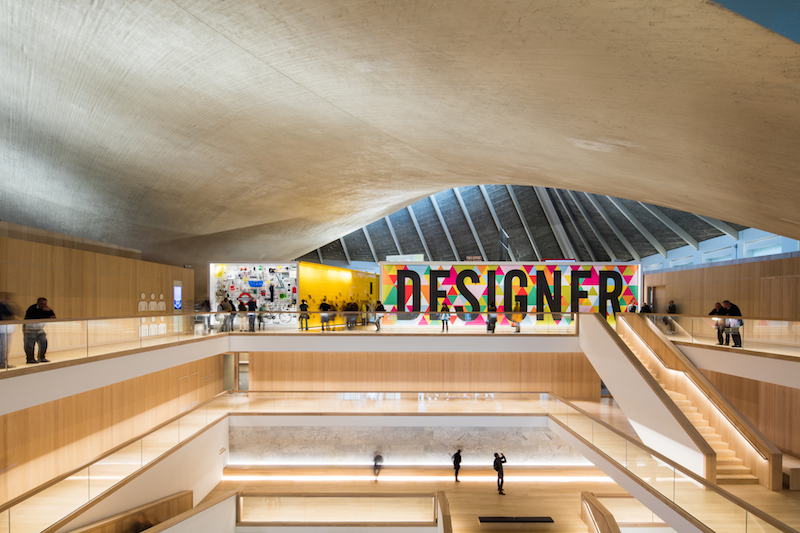 ‘Together – Finsbury Park’ is installed this year I hope. Then I’ve got a piece of work that’s in the planning at the moment, for Battersea Power Station. It’s very exciting, and it’s a permanent installation piece.

My book project – Belonging – it’s really a project for me to work out, how do you make work that people connect to and, ultimately, have ownership over. It will be about many things – about what I think about things, and how I come to those conclusions and about being a bit of an outsider.