Hyeji Woo on her Red Mansion residency in Beijing

The Red Mansion Art Prize was established in 2002 and works to promote artistic exchange between China and the UK.

Every year one student is chosen from each of seven UK art colleges including Central Saint Martins to spend a month in China, where they are provided with studio space and the opportunity to live and work alongside local artists. A subsequent exhibition of their work is presented the following year in the UK.

Upon my arrival, I found myself amidst the largest military parade in the country – there were police everywhere and I was not allowed to leave the house. Hundreds of tanks were passing by my apartment and I could only watch it through the window with my neighbours. That was absolutely bizarre, and became my first impression of the country.

China has a long history and is a rapidly changing country. Before I got there I expected that there would be a hybrid of many new and old things. At the same time, there must be many things abandoned. I planned to make a found object work using discarded objects, which was my proposal for Red Mansion Prize, and also became a part of the work I made for Red Gate Residency open studios.

I was asked to make a diary for Red Mansion Foundation during the residency, so, I made drawings every day, drawings on the energy I was faced with each day. (I am particularly interested in the movement of energy, which is the main concept of my practice).

My apartment was based in the city centre, and was surrounded by skyscrapers. There was a constant beeping sound embedded in the environment, every time I opened my window I could hear it. When I went out, I had to face so many cars, motorbikes and people. I explored the city by cycle or underground – whenever I had to use the train stations, I was checked like I would be at an airport. It was really unfamiliar to me, but I got used to it quickly.

The train stations are usually marked with two clear divisions by high fences to keep people walking on the left hand side. While walking beside the fence – I realised that many paradoxes exist in a cultural context like China: new and old things assorted together; the immense gap between rich and poor; control and disorder; capitalism and communism; all bridged together as one. This became the most interesting aspect to me, so my work for Red Mansion exhibition became a research to create two parallels that seemingly cannot exist together.

The month I spent living in Beijing was absolutely amazing – being from South Korea, which is geologically close to China, I discovered many similarities between the two countries, but equally, so many differences. The environment that surrounds me has an important influence on my practice, as I find materials mostly within daily objects. This trip became a big inspiration for me and has guided me into creating something completely new. 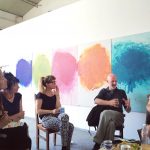 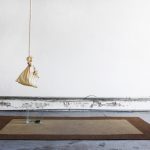 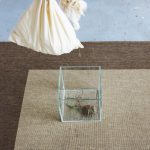 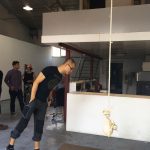 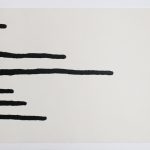