As designjunction makes its home in and around the College, now’s the time to get to know our London Design Festival neighbour a little better.

With over 200 brands showing across installations, pop-up shops and exhibitions, it’s going to be a busy time with designjunction at King’s Cross September 22-25, but we’re particularly proud to see some of the most engaging projects are often thanks to a College alum.

Granary Square will be taken over by eight giant monopoly-style red houses each one providing an installation or exhibition. Dyslexic Design explores the connection between dyslexia and the creative industries and is curated by CSM alum Jim Rokos and includes work by other College alumni including Sebastian Bergne, Kristjana S Williams and Rohan Chhabra alongside the likes of Terence Woodgate and Laura Bethan Wood. 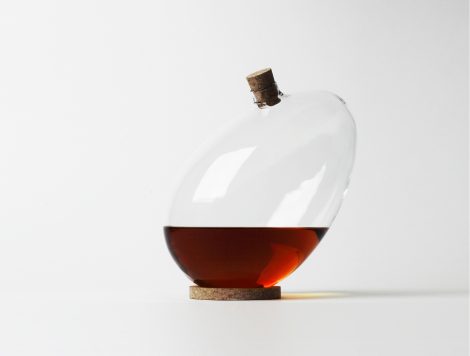 “It is my belief that I am able to design the way I do, because of my dyslexia and not despite it,” said Rokos. “I also firmly believe that other dyslexic designers have idiosyncratic styles because of their dyslexia. I am delighted designjunction shares my vision to celebrate the alternative brain structure known as dyslexia and in doing so change perceptions of it. We believe dyslexia is something that drives and inspires creative, thought and design.”

Who’s Casper? invites a list of high-profile designers, from Tom Dixon to Kenneth Grange, to customise a Casper stool, designed by designjunction founder Micheal Sodeau (another CSM alum) and manufactured by Modus. While visitors are challenged to connect design to designers on social media (using #whoscasper) ultimately the stool’s customisers are kept anonymous. Visitors can bid for their favourite with proceeds going to Movement on the Ground, a charity which support refugees at the forefront of the European crisis.

Oh and if all that doesn’t float your boat, designjunction are celebrating its opening with an open air party in Granary Square with the title of The World’s Biggest Design Party no less, on the doorstep of the College, on September 21. There’ll be street food, pop-up bars and live DJ sets from Alexis Taylor of Hot Chip and Adventures in Paradise. We’ll see you there!