a weapon to fight discrimination, a kind of a political instrument to question and create dialogue. I do it because I believe in art’s power of transformation. I’m very glad for this opportunity because I believe it is a great chance to exchange knowledge and increase this urgent dialogue in contemporary society. 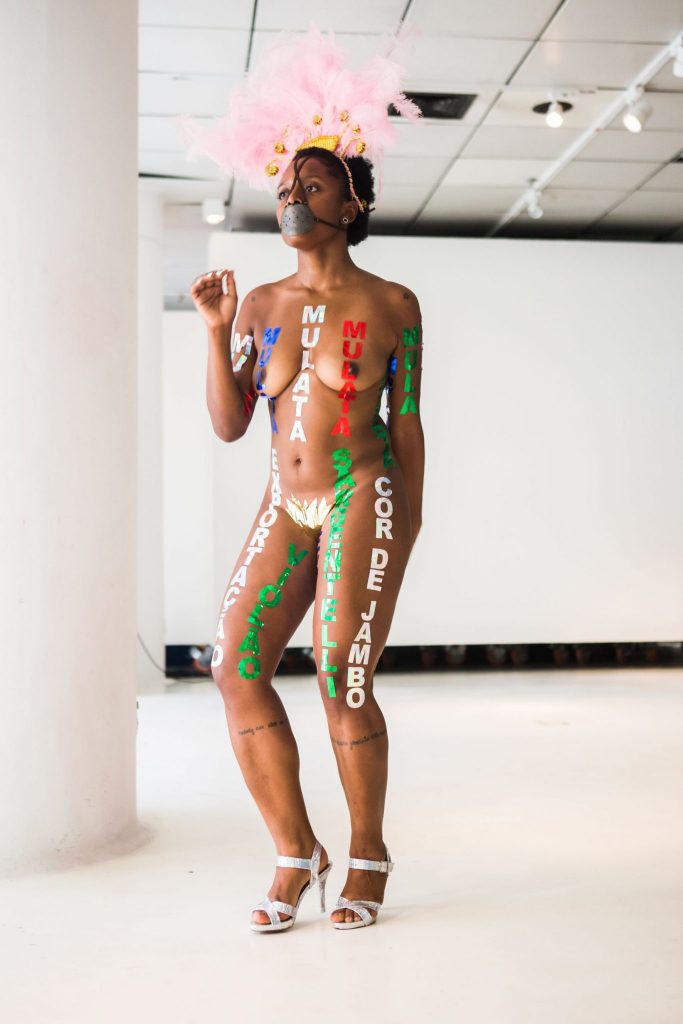 Working at Central Saint Martins with students and staff throughout the four-week residency, Rezende will be collaborating and creating works in and around the College building.

From a huge universe of entries, we had an amazing overview of Brazil’s emerging artists. We selected Rezende because of the way she uses her body through performance with great power as well as her awareness of social and historical themes. SESC is committed to social engagement and we cannot be blind to issues like inequality. During the selection process the panel discussed how Brazil and the UK may have different perspectives on slavery but that it was the first global business, all the western world took advantage. Rezende’s practice can have just as much resonance to students and staff at Central Saint Martins as it does to us in Brazil.” 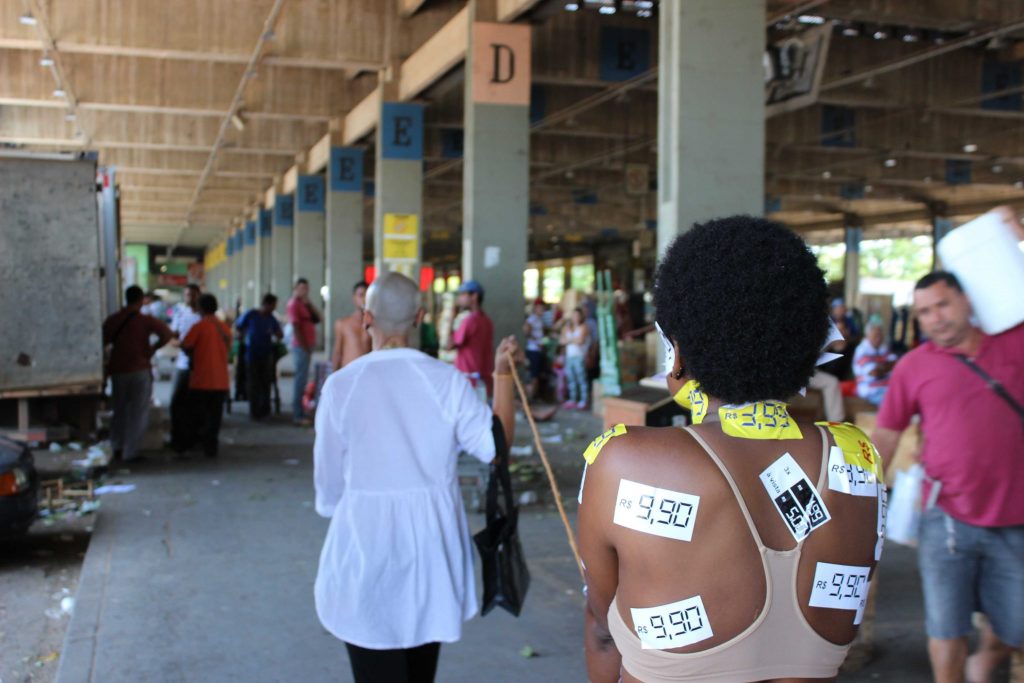 The performance work of Rezende is necessarily challenging and alarming. The challenge is not so much in the mode of address of the work, which engages the audience with a disarming directness, but in the possibility of a conversation about the unspoken. It is a conversation that occurs for us now, with some urgency living as we are, to use Rezende’s words, “in an effervescent moment of many social and political discussions.” ”

Rezende’s time in the College will build on Elen Braga’s inaugural residency last year and continues to strengthen the links between the College and SESC in Brazil.