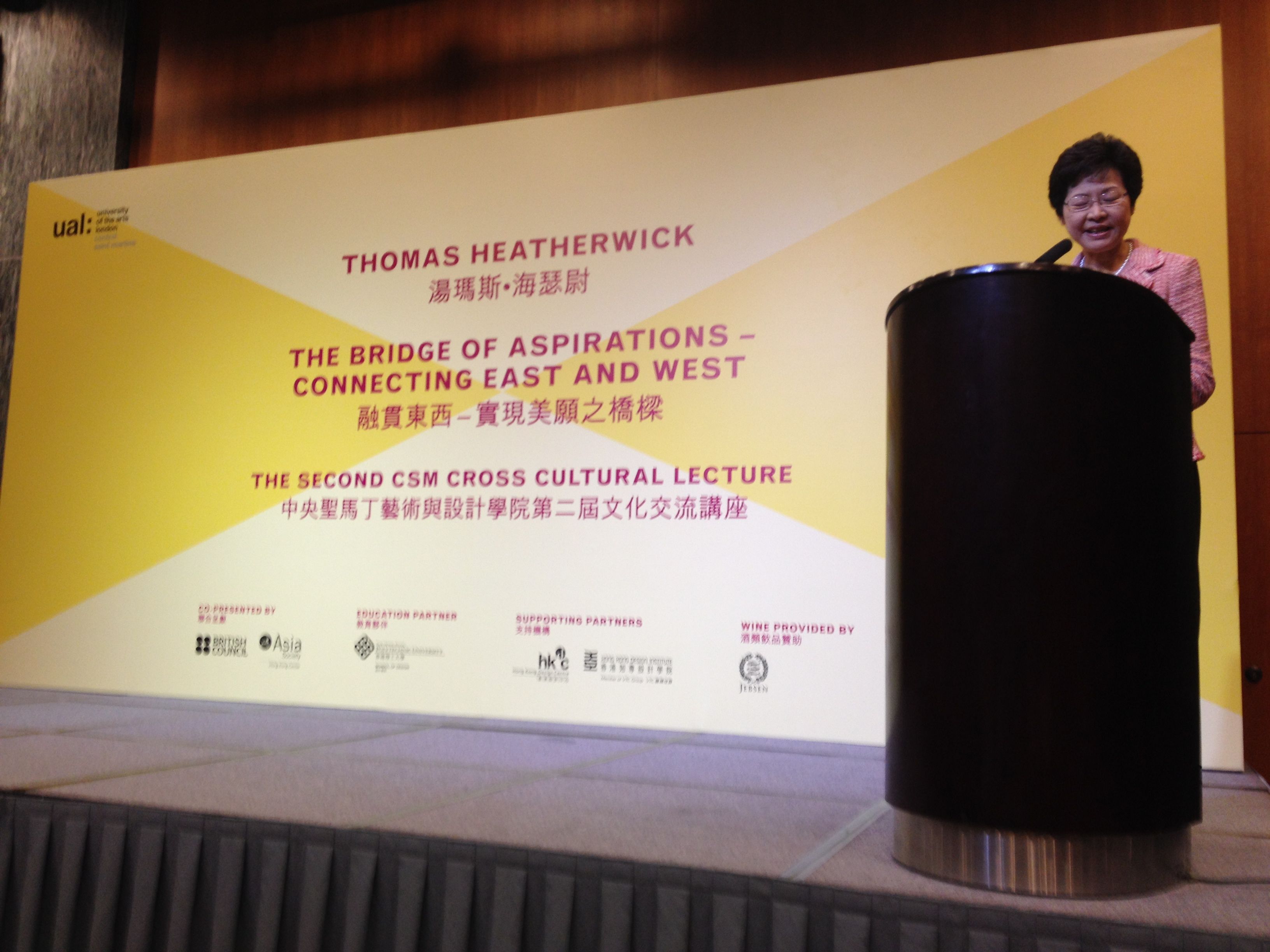 At an event convened by Central Saint Martins’ Kai-Yin Lo, UK designer Thomas Heatherwick gave a talk promoting the exchange of creativity and innovative ideas between the East and West.

Thomas Heatherwick was the creative force behind the Olympic cauldron for the 2012 games, the new bus for London, and the award winning UK Pavillion for the Shanghai World Expo 2010. His Hong Kong lecture, ‘The Bridge of Aspirations – Connecting East and West’, highlighted an idea developed by Heatherwick Studio for a new pedestrian Garden Bridge across the River Thames.

At the event, renowned Hong Kong cultural historian and designer Kai-Yin Lo spoke about the cultural and symbolic significance of the bridge in China and Hong Kong. Ms Lo, who is Principal Visiting Lecturer for cross culture at Central Saint Martins, said:

“Heatherwick has emerged as one of Britain’s most gifted and multi-faceted designers since the late 1990s. His innovative approach to design will no doubt serve as a bridge of aspirations in ideal and scope between Hong Kong’s creative force and our counterparts in the West.”

The lecture was convened by Head of Central Saint Martins Jeremy Till and co-presented by the British Council and the Asia Society Hong Kong Center. Speaking about the event, Till said:

“We were delighted to have the second Central Saint Martins cross culture lecture given in such an important venue and introduced by such key figures, consolidating our position as a global creative force.”

The Garden Bridge will add to London’s diverse horticultural heritage and support many indigenous riverside species. The scheme further develops Heatherwick’s deep interest in bridges – from the rolling bridge he built in West London, which curls up around itself, to his design for a mechanised bridge, inspired by traditional Chinese bridge structures in stone and wood.