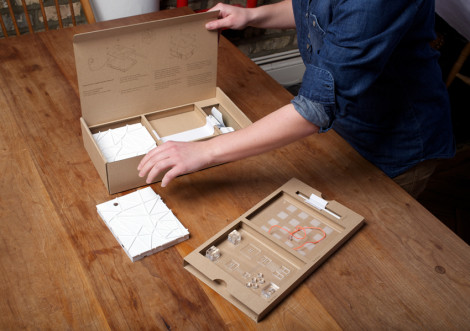 ‘Alternet’, which started off as Sarah’s masters project is described as “a radical reinterpretation of the current internet structure”. Focused on data control and privacy online, ‘Alternet’ aims to provide individuals control over their own data through clear and user-friendly data licenses.

Sarah’s project previously gained recognition from the Design Council in 2014 when she was named as a ‘Future Pioneer’.

“Sarah Gold’s Alternet project presents a fascinating and viable potential future for communications. It interrogates some hugely important questions around the value and importance of data and does so in an imaginative and nuanced way.”

Awarded annually, the Creative Conscience awards aims to encourage, recognise and reward students whose work promotes human centred design that will inspire people to change their lives for the better.