Texts mean different things to different audiences at different times. This talk takes as its subject a British 19th century cartoon character, Ally Sloper, in order to explore why and how he might have been thought to be amusing. This involves an approach rooted in comics studies, which itself draws upon methodologies and ideas associated with art history, textual analysis, social history and historiography. On one level, Sloper’s appeal will always be mysterious, because the past is gone and we can never fully reconstruct it. But on another we can piece together the fragments that are left in order to offer a picture of a pop culture icon who was enjoyed in a semi-ironic fashion by his audience, and who rose to become arguably the most famous entertainment figure of this day.

“Near to that part of the Thames on which the church at Rotherhithe abuts, where the buildings on the banks are dirtiest and the vessels on the river blackest with the dust of colliers and the smoke of close-built low-roofed houses, there exists the filthiest, the strangest, the most extraordinary of the many localities that are hidden in London, wholly unknown, even by name, to the great mass of its inhabitants”.

The locality is Jacob’s Island, so called because of the canals built in the 1660s and linking to the Thames.  Off the Thames bank itself lies Downings Roads a barge mooring which is still in use.  A court case on the legality of this ancient mooring became an exercise in psychohistory and brought together the mediaeval and later industrial settlement pattern, the development of river trade and the denoument of Dickens’s Oliver Twist.

A new flagship exhibition gallery “Nelson, Navy and Nation: 1688-1815” will open at the National Maritime Museum, Royal Museums Greenwich this autumn (2013). Mark Irving, a story designer who led the interpretive planning for this major £1.5m project, occupying 380sqm of the second floor of the Museum, discussed contextual approaches to heroism – negotiating the ‘Nelson factor’ – at a time when the 18th century hardly features in the National Curriculum in the UK. He explored spatial and story planning and the various techniques and technologies deployed to bring out the contemporary relevance of this vital but neglected aspect of British history. 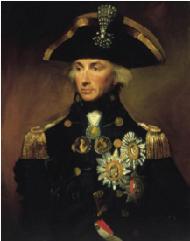 The presentation explored how British sporting ideals were embodied in the outfitting and presentation of British Olympic teams in the opening ceremonies of the modern Games, up to the London Olympics of 1948. The talk presented research undertaking into the ways in which such clothing functioned as a conduit through which wider ideals of British nationhood were discursively produced in parallel with the evolving cultural and sporting rituals of the Olympic arena. To what extend did a historical model of British amateurism and its material fashioning together operate as a counter to conflicting models of Olympic idealism, culminating in the aggressive body culture of fascist ideology in the 1930s? Material presented at this talk has been published in the Journal of Design History (25, 3): ‘Clothing the British Olympic Ideal: The Emergence of Olympic Ceremonial Attire, 1896-1924’.