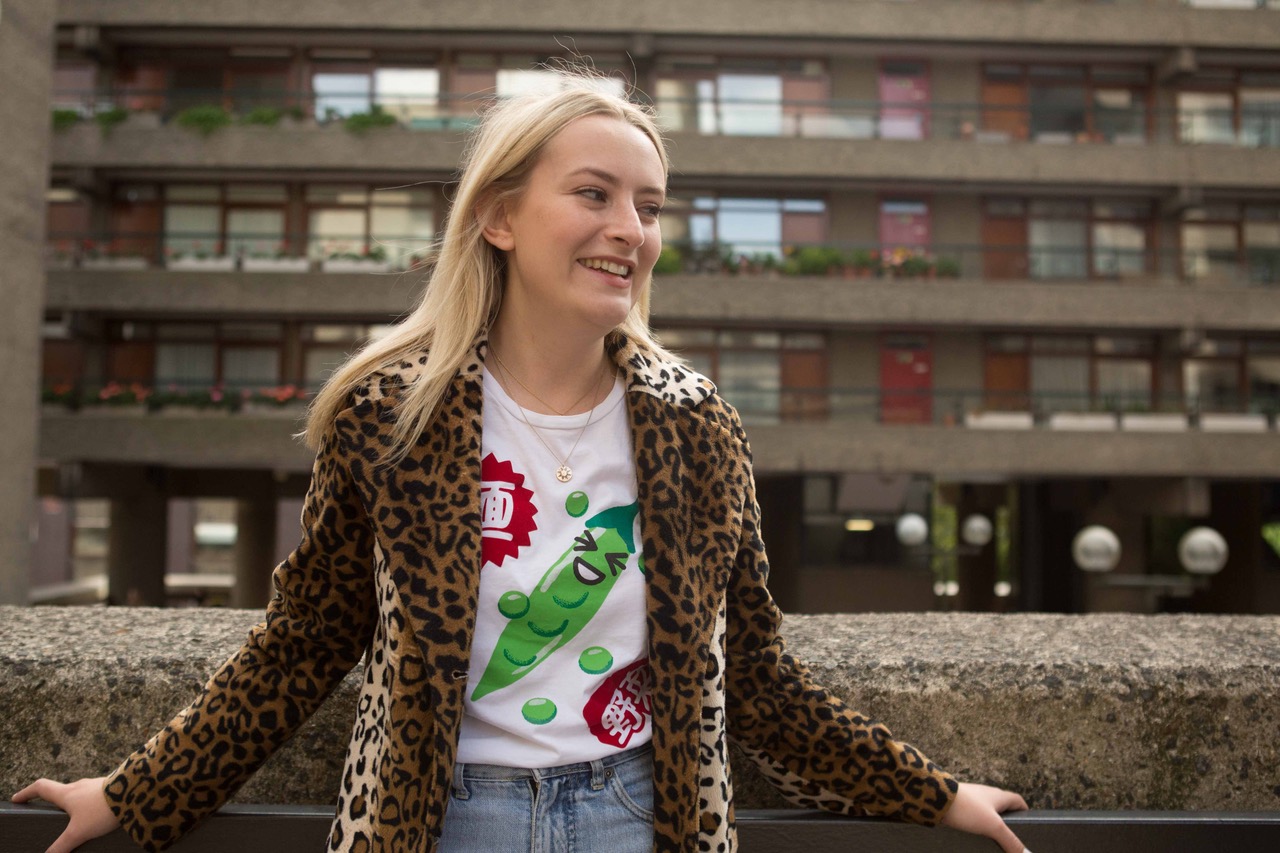 Amelia Dimoldenberg is the Founder and CEO of Chicken Shop Date, a one-of-a-kind dating show with over 170,000 subscribers on YouTube. Combining fried chicken with flirting, she is well-known for her distinctive style and has interviewed some of the biggest names in UK grime and rap. Dimoldenberg studied Foundation Diploma in Art and Design at Central Saint Martins and went on to graduate from the pathway in BA Fashion Communication: Fashion Journalism in 2017.

What have you been up to since graduation?

This is a big question ­– I’ve done tonnes! I have made three documentaries with VICE on subjects ranging from the general election to a transformational festival in Costa Rica. I have grown my Chicken Shop Date YouTube channel and now get over one million views per month on my videos. I got to work with the England football team last summer, putting them under a tense lie detector test. I travelled to America to host my first documentary for Channel 4 on the Royal Wedding called Meet the Markles and I was part of the Royal Television Society Awards-nominated show Don’t Hate The Playaz on ITV2. I’ve probably forgotten some things too.

Tell us about Chicken Shop Date. How did it start?

It started as a column in a magazine called The Cut which ran out of a youth club in North West London. The magazine doesn't exist anymore but it was an incredible platform for young people to interview musicians, plan photoshoots, write and create. I was still writing for the magazine during my foundation course. I made the leap from page to video in my first year of degree study at Central Saint Martins 5 years ago.

I have just finished working on my biggest undertaking – a series of live Chicken Shop Date events called The Hot Sauce Tour. We travelled to Manchester and Birmingham and then the final event was in London. I hosted a show of live music, which included artists I had just filmed an episode of Chicken Shop Date with. This all came together with sponsorship from the mobile network VOXI. I learnt an unbelievable amount about working with brands and building my own one. I’m taking a writing break now to work on new ideas.

Why did you want to study at Central Saint Martins?

Ever since I can remember I wanted to go to Central Saint Martins – I always had dreams of working in fashion, reporting at one of the top magazines. My mum had told me how prestigious the College was and the list of alumni is second to none. I was so happy when I got the letter of acceptance from the Foundation course. I was in the science corridor at school on the phone to my mum and I’m pretty sure she cried.

How did your time at Central Saint Martins encourage the way you work?

In a way, it taught me what I didn’t want to do. It made me realise that I am a creative person but not in the fine art sense, or design for that matter; I’m much more about ideas. I decided, while struggling to paint in the workshops or stressing out at the idea of designing an outfit out of paper, that this wasn’t for me. That’s why I chose the Photography pathway on the Graphic Communication Design curriculum area, because it allowed me to focus on the communication of an idea rather than the art itself. I also love the concept of art school “crit” which is something I have missed going into the world of work. You might get opinions on your work from senior people in your job but it’s not the same – group critique can be tough but it was so important in making your work better.

How would you describe your experience on the Foundation course?

It was amazing to be in a space where I could focus solely on creative pursuits and not worry about maths and science. There was also a feeling of unity among the students – a feeling that no one quite knew what they wanted to do with their future but we were all in the same boat.

What words of advice would you give to a student studying on the Foundation Diploma in Art and Design?

Use it as an opportunity to experiment and try not to worry so much if you can’t find your groove right at the beginning. To be honest I never really did while I was on the Foundation course. I knew the work I was making wasn’t really what I wanted to be doing. It wasn’t until I started my degree in Fashion Journalism that I thought I was on the right path – and the Foundation course led me straight there.

What are your favourite memories of studying at Central Saint Martins?

Not worrying as much as I do now, moving out of my parents’ house for the first time; making new best friends; feeling like an adult for the first time. Most importantly, the hottest guy in the year asking me for my number on the last day of class.