Two LCC students have achieved success at the Penguin Design Awards this year.

The Penguin Design Awards aim to discover and nurture talented emerging book cover designers. Entrants this year were challenged to create covers which stood out from other books on the shelves whilst still appealing to the books’ target audience.

Andy King and Kate Gamet were both shortlisted for their designs in this year’s prestigious competition. Kate went on to win the Adult Fiction Cover Award and coveted internship at Penguin Random House and Andy was awarded second place in the Children’s Cover category.

The judges commented on Kate’s submission “this stood out straight from the start. Sums up the novel concisely with wit and subversion at its core” and “a worthy winner that cleverly plays on themes of the book without revealing too much – just the right level of intrigue to make a reader delve deeper.”

On Andy’s cover the judges remarked “beautiful, thoughtful, clever, striking – this cover intrigues and thrills and is a perfect fit with the story.”

We caught up with Kate and Andy to find out more about their submissions for the awards and what they have in store for the future.

What made you study at LCC?

I came to LCC as a mature student to do the Foundation Diploma Art and Design, and I enjoyed my time so much that I stayed on to do the BA (Hons) Design for Graphic Communication, which I have just completed. 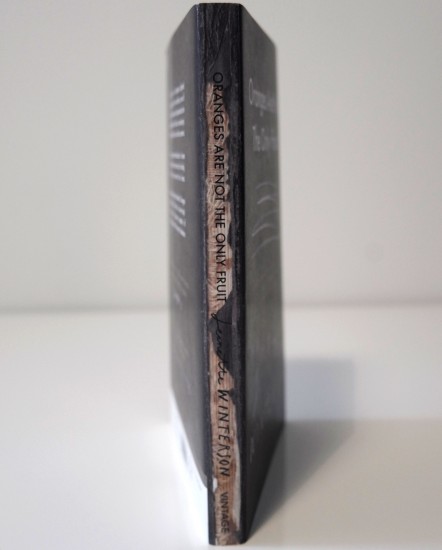 What made you enter the Penguin Design Competition?

Unfortunately the course has now ended, but the way that it was structured allowed students to explore the real world of design for a term – to do internships and freelance work. I entered the Penguin cover design competition during this time to gain experience in answering real world briefs while still being able to have support from my wonderful tutor Paul Jackson, who was on hand for a little advice.

Can you tell us a little about the process of putting your winning design together?

It took a good two weeks of whittling down three or four rough notions to my final idea. ‘Orange Is Not The Only Fruit’ by Jeanette Winterson tells the story of a woman who spends most of the book trying to come to terms with the strict, religious environment in which she has been raised. My cover uses the Bible to symbolise this narrative. Once I had decided on the direction to take, it took another two weeks to get the look just right. 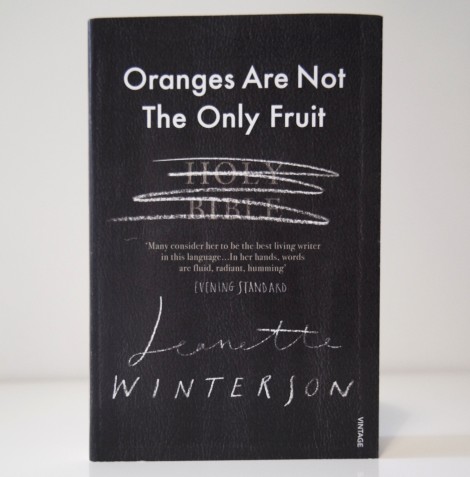 How do you feel now you’ve won, and what will you do after your internship?

I feel incredibly honoured to have won the competition and the internship has been a wonderful experience and fantastic insight into the publishing world. Once my time with Penguin Random House ends I will be emigrating to the west coast of the US to begin my career as a freelance designer. 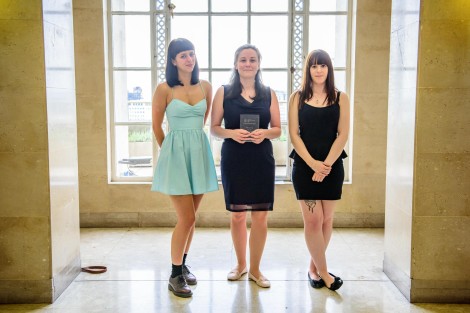 How did it feel being shortlisted and can you tell us a little about the ceremony?

I was honoured to have been nominated in two separate categories: Adult and Children’s Fiction. The names of the winners are kept secret until the Penguin Awards Ceremony in London, and seeing as I currently reside in Berlin I was unsure of whether it was a good idea to throw away my last few cents on a ticket.

In the end the rumours of free champagne got the best of me and I begrudgingly went, and, of course, it was absolutely worth it. Not only did I win second place in the Children’s Fiction category, but it was a fantastic opportunity to peek inside the powerhouse that is Penguin Books and meet its many creatives. 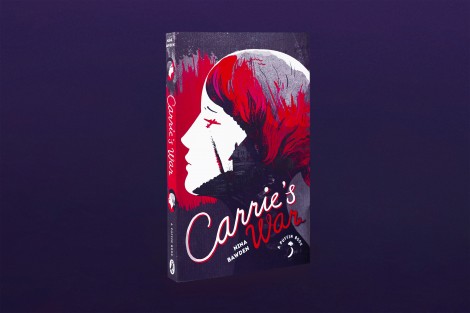 Can you tell us a little about your cover?

The entry that won was a cover illustration for ‘Carrie’s War’ by Nina Bawden. It focuses on two young evacuees – Carrie, her younger brother Nick and their (mis)adventures in the countryside during the Second World War. Although I did not use any specific reference, I am sure it was in one way or another inspired by my love for Polish film posters which often include some kind of double-entendre or metaphor.

In my case, I wanted to illustrate Carrie’s sense of guilt. For Carrie, the ‘real’ war was not the Second World War but rather the moral war taking place inside of her. To illustrate this I created a visual pun in which a military aircraft flying over a burning house forms the eye and hair of Carrie’s face. On the backside I drew her little brother Nick with the fire reflecting in his glasses. 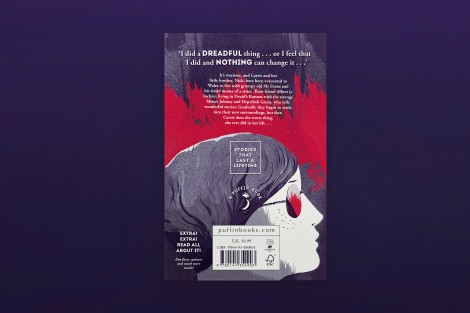 It took me about two weeks to finish the cover, and I almost gave up several times. My original intention was to produce a very minimal cover and although I was pleased with the result, it didn’t feel quite right. These kind of covers tend to attract mature audiences and I couldn’t forget that I was designing for children. I had to painfully scrap everything I had worked on for a week and start from scratch – a decision I am glad to have had the conviction to make.

What do you have planned for the future?

My next plan is to finish a number of projects I have been sporadically working on for the past two years: The Rainy Guide to Glasgow (a tourist guide which can only be read in the rain); biodegradable, bee-friendly, guerrilla gardening bullets; an illustrated short graphic novel about two severed hands and a series of surreal still lifes that deal with cross-cultural misinterpretations.

Find out more about BA (Hons) Graphic and Media Design