This year as part of the Summer Shows 2015 School of Media Show our BA (Hons) Sound Arts and Design students will be installing their work a short walk from the College at Hotel Elephant.

Melissa Shapiro, one of the exciting sound artists whose work will be displayed, is going to be exhibiting a multi-channel sound installation inspired by religious chants from the three major Abrahamic religions; Christianity, Judaism and Islam. 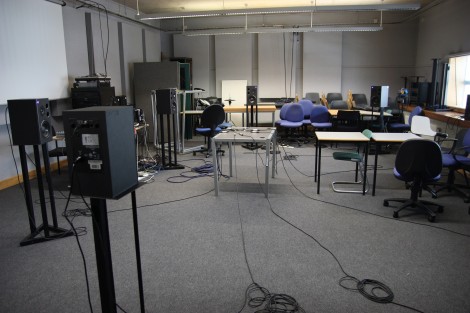 “After visiting various places of worship for research purposes, I started to get a real sense of the power and importance of chants to worshippers. I sought permission to record these chants and began to layer the sounds with the hope of highlighting the symbolic and sonic similarities.”

However, in the process of composing the work she got a sense of the inherent discord between the different music. Through experimentation Melissa has realised that her final piece explores the wider relationships between religions and our personal experience of them. Saif Bunni, another student from the course, is exploring the aesthetics of water, its mechanics of motion, and its sonic properties through an installation.

She explains, “The water descends from a height in to a series of water ways, and winds its way into a reservoir at the bottom where it is pumped back up. At different points along this journey I explore both the dynamic motion of water and its inherent chaotic behaviour. 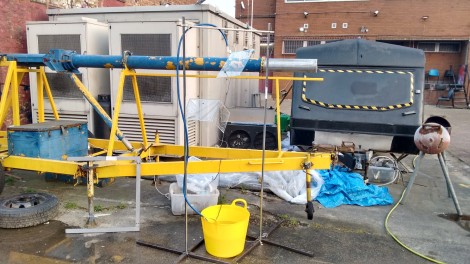 “The sounds that are created by the water are then set against a resonant plate, which translates the water’s motion into sonic energy and brings the sound into a new dimension.”

Yasmin Kuymizakis’ project, ‘Xandira Moqżieża/Filthy Broadcast’, is another installation which will be on display at Hotel Elephant. It explores binary gender stereotypes in Malta, and how they are enacted in public and in private.

“The radios you see broadcast my own renditions of Maltese folksongs. While men in Malta sang in public places, women were more likely to be found singing in the privacy of their own home, most commonly whilst hanging clothes up to dry. 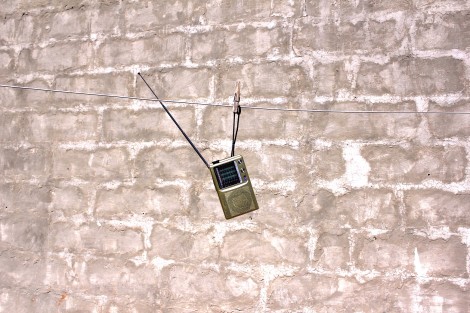 “All original songs are sung by men and can be found online. The lyrics of the songs exhibit the chauvinistic attitudes of some 20th century Maltese men.”

Find out more about BA (Hons) Sound Arts and Design