Part of LCC Postgraduate Shows 2016, the Design School exhibition runs from 5-10 December, with the Private View on Tuesday 6 December, 6-9pm. All welcome.

We preview some of the highlights from MA Games Design and MA Animation which include a game to make mobile pin-code entry fun, a virtual pet with human emotions, the story of a Syrian refugee kid, cathartic animations about the chaos of life, and more.

Rooted in experimental practice, MA Games Design provides the technical and critical skills for students to produce a portfolio of innovative games prototypes, and test beyond the limits of goal, challenge and obstacle to understand what motivates play. Examples of work in this year’s show include:

Jai Bunnag’s interactive audio-visual storytelling experience for mobile devices, TACENDA presents the real-life stories of a people from a variety of backgrounds on a virtual train ride. Using audio sourced from the BBC’s Listening Project, it presents its audiences with the realities of everyday people, which can be experienced as bite-sized chunks or contemplated during a real-life train journey or commute.

TACENDA recently won Best Student Game at Gamescity (2016), is a finalist for Dare to be Digital (2016), Best Sound at Azplay (2016) and a semi-finalist at the Adobe Design Achievements Award.  Visitors can get an exclusive copy of TACENDA by bringing a mobile device along to LCC Postgraduate Shows. 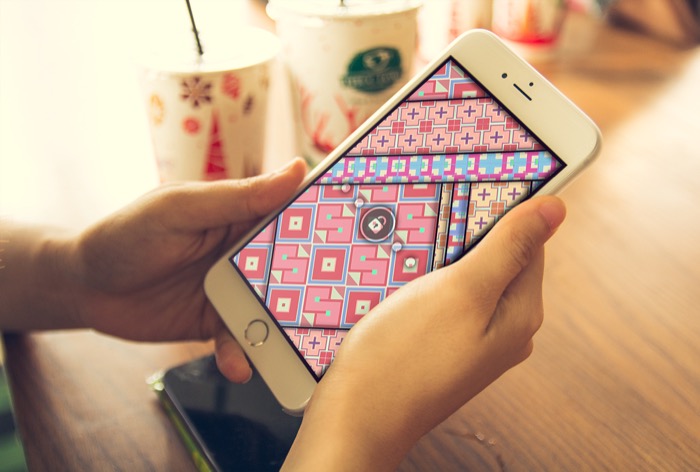 YiOSegi LOCK, another of Jai Bunnag’s projects, is a short personalised puzzle that replaces the pin-code lock on mobile devices. Based on Japanese puzzle boxes, it exists as a more stylish, interactive and personal solution to the mundane task of unlocking a device and keeping it safe from others.

A virtual pet with human emotions… Catbox by Tom Battey is an experimental virtual pet designed to create an emotional bond with its user over time. Like a real cat, Catbox experiences hunger and tiredness, and his behaviour changes both according to these needs and through interactions with his user.

Catbox’s behaviours are influenced by research into social psychology and intelligent agent design. Developed for mobile devices, Catbox is built in Unity 3D and can be played on both iPhone and iPad.

This course creates, explores, and plays with 3D digital, 2D and 2.5D animation processes in combination with more traditional analogue technologies, to challenge how animation is made, understood and experienced. Highlights from the show include:

The story of a Syrian refugee kid and his cat… The Box by Merve Cirisoglu

The Box, a 2D animation movie by Merve Cirisoglu, presents the journey of a Syrian refugee kid and his cat. With more than 8.4 million children affected by the Syrian war, the animation responds to one of the biggest tragedies of the 21st century. Stemming from real-life stories, the film follows the kid through his daily life in a war-zone. 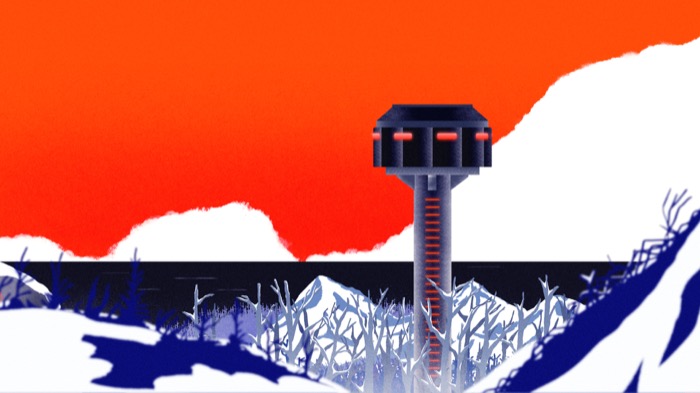 Based on a newspaper article about an isolated Japanese soldier who was found holding his position decades after WWII, David Zamorano’s animation, Senseless, explores how a man can become obsessively focused and detached from reality.

David’s project experiments with sound, scenery and storytelling techniques behind the animation process. Set in a dystopian war era, the long-time isolated soldier, realises that there is still hope to change his life.

A world made of dust… A Dusty World by Jiaqi Wang

Jiaqi Wang’s short film about a world made of dust, features small people who inhabit dusty pots. The animation depicts a gardener who cleans up the dusty pots, and destroys the world by accident.

Cathartic animations about the chaos of life… 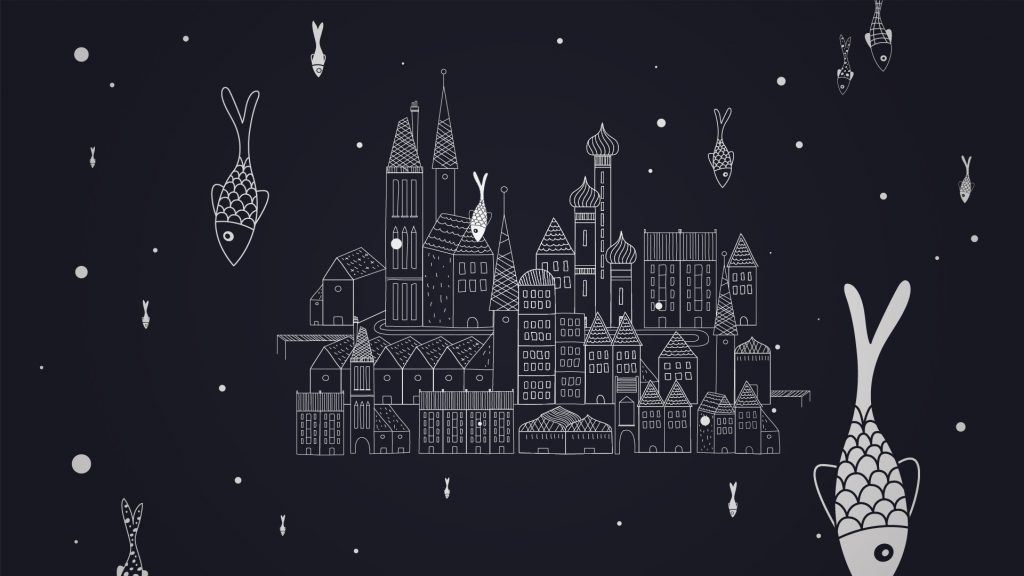 Chaos (A Fish Tale) by Alejandra Serra is a playful portrayal of Alejandra’s life and chaotic personal experiences over the last year. Derived from notebook drawings, the final project is a collection of animated gifs, still images, 3D printed, laser-cut and embossed fish.

Alejandra explains “when something shakes you up badly, all your ideas, feelings, perceptions and certainties you once stood for become suddenly mixed in a tide of randomness. My project captures one thought, one dream, one quote, one picture, one memory, one of anything each day to create a collection of cathartic and chaotic moving images leading perhaps to… sanity?” 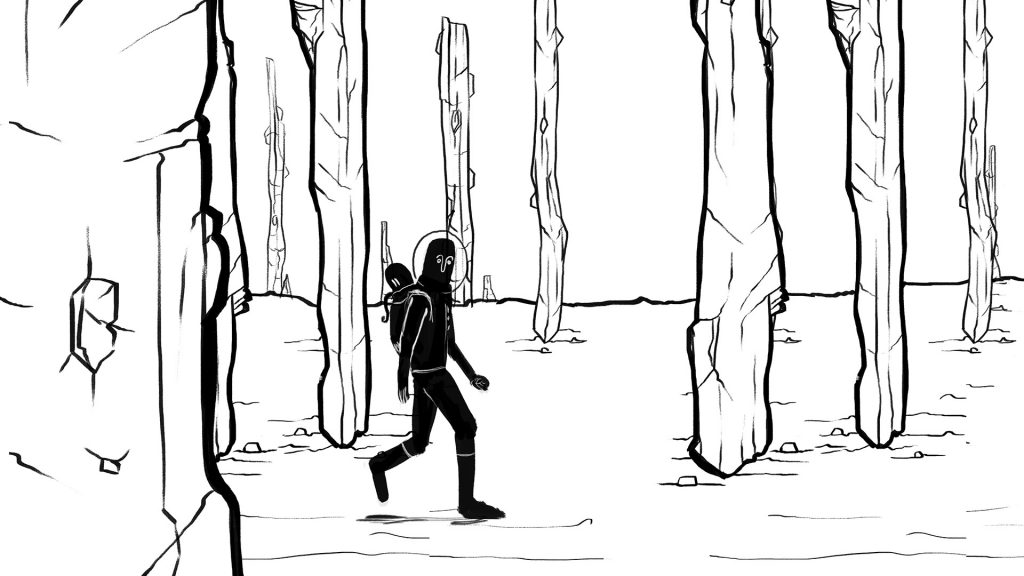 A Space Tale by Rafael Aflalo

In Rafael Aflalo’s animated graphic novel, A Space Tale, a spaceman tries desperately to escape from a barren alien planet while being chased by a dreadful creature that will stop at nothing to find him.

Merging the dynamics of comic books with the magic of animation, the project uses short looping GIFs to explore the concept of repetitive actions within the tale of the spaceman character. “Ultimately, it is a story about the consequences of our decisions” adds Rafael.

To experience these works and many more:

Read more about our postgraduate courses

Book for a Postgraduate Open Day