In this year’s line-up of work – shown in LCC Degree Shows 2018: Show 2, 21–23 June 2018 – ​, you can expect to see exploratory and critically engaged work including self initiated projects that focus upon material, media and process design.

‘4×4’ is a music video and song by Charlotte Joseph. The song was based around the idea and fear of growing older and still living in your childhood bedroom due to lack of money. In the music video, the teddy bear character comes home from work and throughout the night is continuously taunted by The Devil who takes the teddy bear through the “rituals to success” before bed time. The idea was inspired by a short film entitled ‘The Birthday Party’, directed by Annie Clark and the want to create a short film which exists in a surreal world. 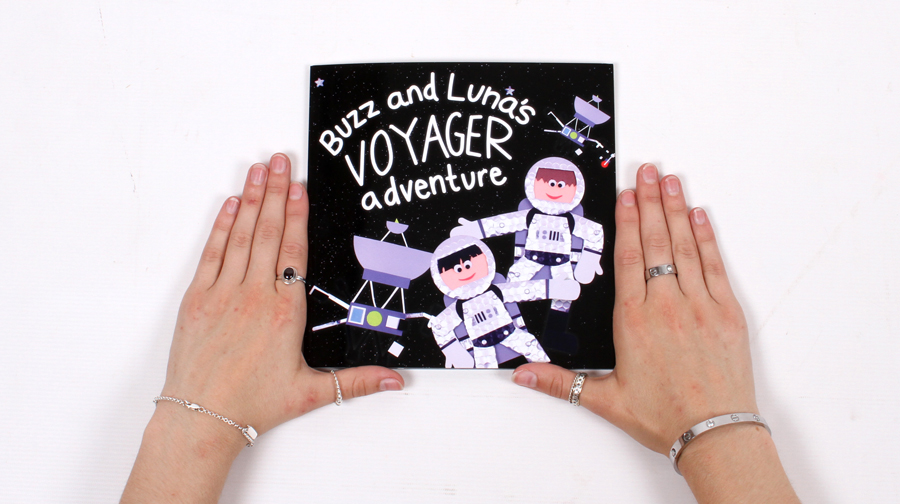 ‘For this brief, I have created a teaching resource pack which has materials aimed at both children and adults. The mission overview provides teachers with extensive knowledge of the mission whilst instructing them how this information could be translated to children, using the resources in the pack. The mission overview held a sophisticated and informative stance as I wanted there to be a clear divide between teacher facing content and child facing content. I chose to do this as I found that much of the existing primary teaching resources were often very patronising due to the lack of differentiation. The teaching pack also includes a children’s storybook which was written, designed and illustrated by myself as well as a range of worksheets, activities, golden record replicas for tactile learning and a wall poster.’ 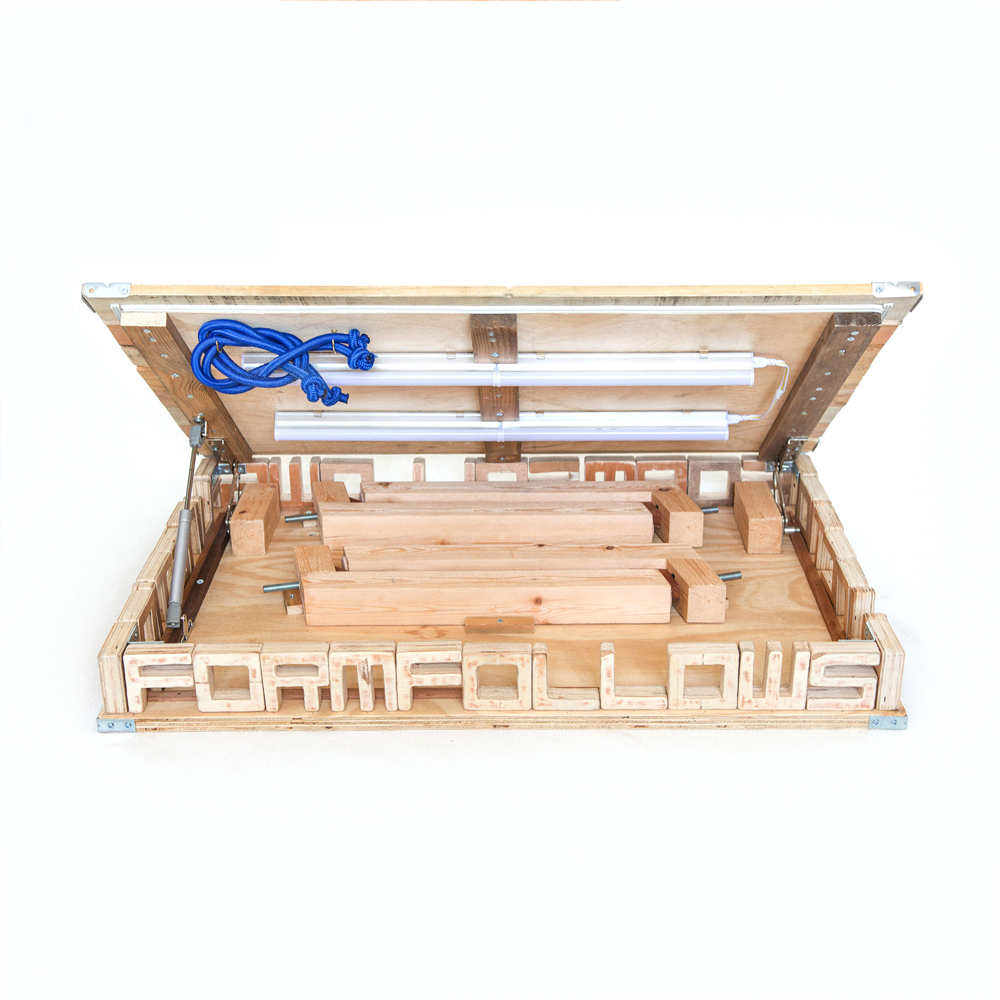 ‘Form Follows Function’ explores the ways in which waste materials can be reclaimed and formed into new products with the key intention of being fully functional. The coffee table was produced from a range of salvaged materials from wood pallets to bungee cord. The letterforms were all hand cut and sanded without the use of any CAD or laser cutting. Based on architect Louis Sullivan’s quote the table is designed to focus strongly on function more than aesthetics, with detachable legs the table can easily be moved and transported. It also includes four 1ft LED tube lights which plug directly into the mains. 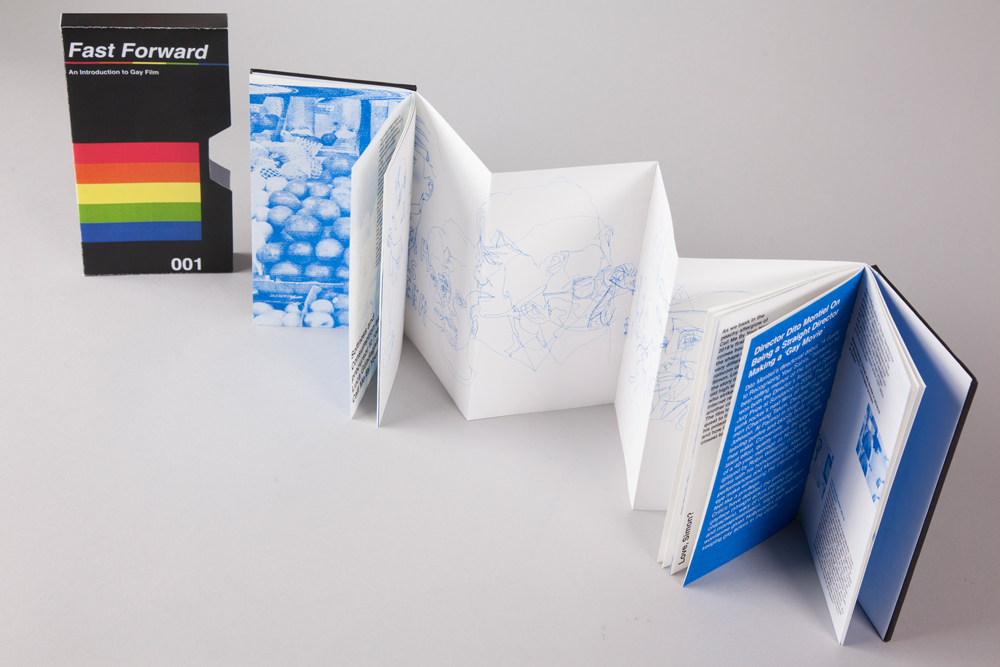 Fast Forward is about the joy of discovering films for the first time. This issue acts as an introduction to gay film, touching upon the cultural, as well as, personal importance film can have on us. The magazine is VHS themed, paying homage to the history of film whilst allowing for a playful visual experience that encourages the reader to explore and discover as they travel through the publication. The way in which the magazine folds, allows the reader to continuously turn the pages until they reach the point they started, as if they are rewinding a VHS tape. As well as taking on the roles of editor in chief and designer, James worked with contributors, created illustrations and authored copy. A mixture of production methods were used including laser cutting, riso and screen printing. 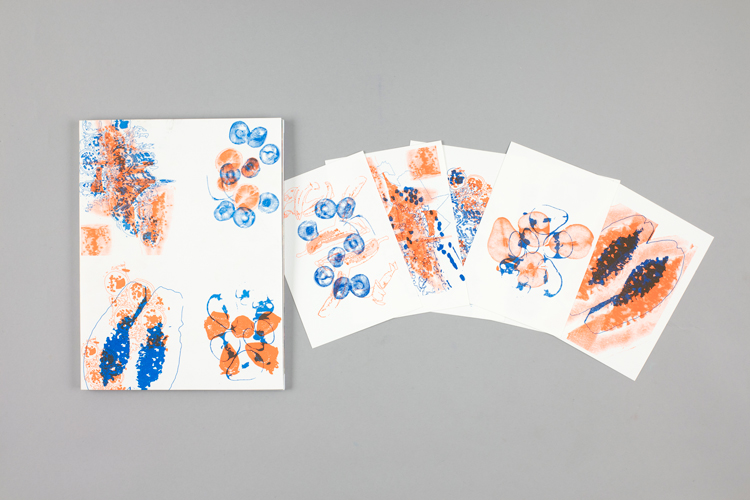 Dueñas is a one off publication placing female Latin creatives on a platform that presents an insight to their personal surroundings. By visually informing readers of the relationship between culture and the environment. The publication celebrates Latin creativity by showcasing a hybrid intercultural approach to design. All Dueñas in this publication are graduates or current students of the University of the Arts London. Featuring different cultural backgrounds from Ecuador, Chile, Colombia, Mexico and Venezuela – ‘Dueñas’ celebrates ownership to their own lives.