Two LCC MA Screenwriting alumni have been working together on a new film, ‘Social Suicide’, which has just had its world festival premiere at the Raindance Film Festival in London.

We caught up with Janet Wells and Robert Klecha to find out more about screenwriting, LCC and the roles they played in bringing this film to the big screen.

Janet explains: “I graduated the MA Screenwriting program at LCC in 2006 and have since had an internship at Capital Films and was part of the Screenwriters Workshop for 18 months at Eon, the James Bond company.

“I’ve been a finalist or semi-finalist in several screenwriting competitions, but after not getting a feature of my own made, for several reasons – but partially because I always wrote without consideration about budget, I thought I’d do it myself. I came up with the idea behind Social Suicide – a found footage Romeo and Juliet which explores the devastating impact of one wrong post. 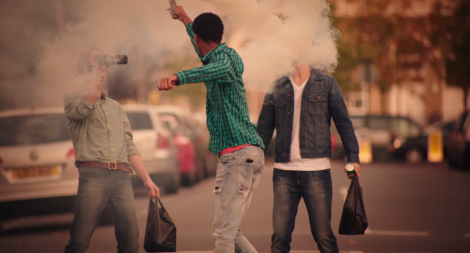 “I brought in Rob and he helped write it and then I dove straight into producing, on a contained budget. Rob was great to work with as we both spoke the same screenwriting ‘language’.

“It is amazing how helpful everyone is once you actually decide to make a film. We assembled an amazing cast and crew and filmed last autumn all around London and spent the winter editing Social Suicide. 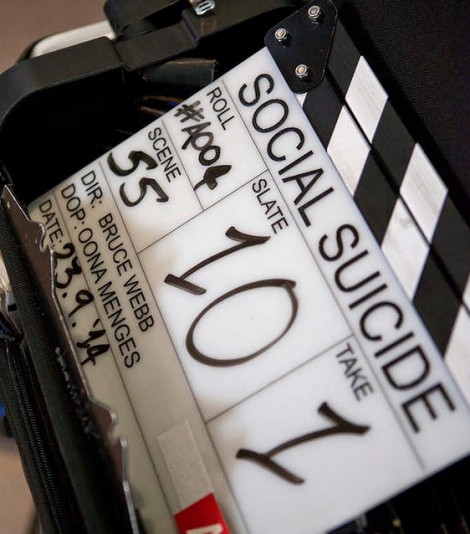 “LCC were fantastic during the process as we had a small production office near Elephant and Castle, so LCC let us have rehearsals in one of their rooms and also have wardrobe fittings. When we wanted to do a test screening in January, LCC kindly let us borrow their screening room. Everyone at LCC was incredibly helpful as well.

“Social Suicide just had its ‘world festival premiere’ at Raindance in London and we’re in some highly regarded youth festivals coming up. We’ve had some amazing feedback, because, not to be preachy but, this film is a bit of a morality tale about the perils of social media and it’s resonating with kids and adults alike. The next step is to sell it so I’m learning all about that process at the moment as well as working on my next feature, The Vessel.” 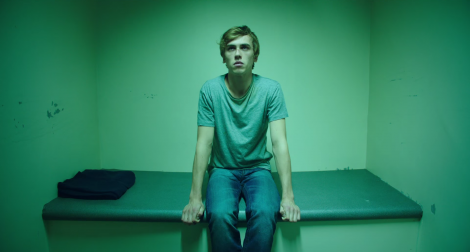 Robert explains: “My role in the film is as co-writer. Janet is producer and co-writer. I was introduced to Janet and used my LCC course final project, a science fiction noir script, as a writing sample. Janet liked it and brought me on-board to script the project.

“We worked for several months trying to work out how the story of Romeo and Juliet would unfold today and how we could tell it as a teen thriller. What we ended up with is an investigative thriller that follows a detective, as she tries to solve the murder of two teens and piece together the truth behind stories shown on social media and told in interviews with witnesses. 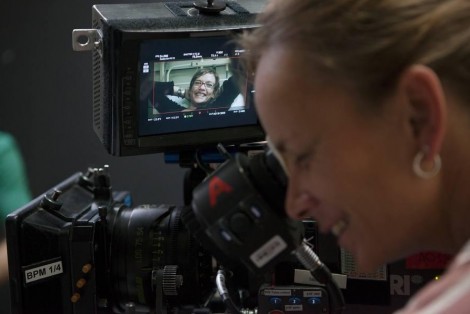 “It’s a cross over between Romeo and Juliet and the Usual Suspects that examines teens’ fixation with internet notoriety and the lengths they go to to get it.

“My time at LCC was fantastic. I learned a huge amount about screenwriting there – I knew next to nothing when I started. Right from the first day there was a really supportive atmosphere and that helped a lot. I still work with a number of classmates from the course. We read each other’s work and give each other feedback which is invaluable. As a writer you need to have other people to bounce ideas off.

“Since graduating in 2013 my LCC final project won bronze in the science fiction category of the 2014 PAGE International Screenwriting Awards and obviously I’ve worked on “Social Suicide”. More recently I’ve been working with a graphic novel company in America to turn one of their comics into a feature film.”

Find out more about MA Screenwriting.