LCC recently hosted a panel with 4 experts on the subject of Trump and his relationship with the Media. MA Arts and Lifestyle Journalism student Amy Bowker reports.

On Wednesday 25 January LCC welcomed 4 panellists for a discussion on the subject of Donald Trump and his relationship with the media. Hosted by Simon Hinde, Programme Director of Journalism and Publishing, the panel featured Stephen Erlanger of the New York Times, Jonathan Freedland of the Guardian, Kevin Donnellan from Storyful, and digital culture expert, Jennifer Pybus.

Staff, students, industry and members of the public engaged in a lively discussion on the topics of fake news, big data and journalism’s changing responsibilities in a post-Trump, post-truth era.

During the week that the panel took place, President Trump expressed his outrage at losing the popular vote to Hilary Clinton, claiming that his loss was owed to the fact that millions of ‘illegals’ cast votes for the opposition. Diverse studies conducted over the course of the week returned no evidence of significant fraud in the recent election. As major global news organisations continued to grapple with how to report on the President’s lies, LCC’s panellists discussed the impact of fake news and the complex ethical boundaries of post-truth reporting. 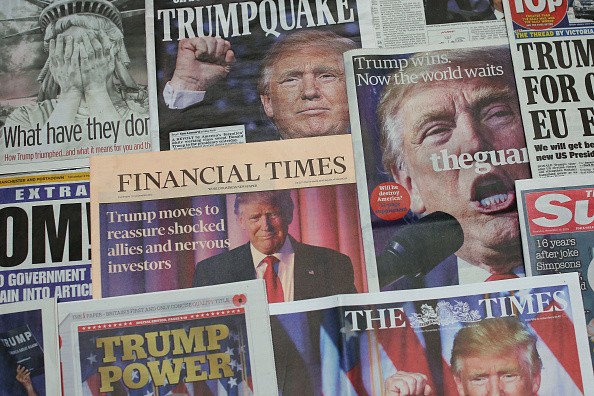 Trump’s war on the media

Stephen Erlanger kicked off the discussion with an exploration of Trump’s war on the New York Times. He argued that it was ‘phony’, constructed to cast the media as the enemy in a desperate struggle to keep voters onside. The panellists then went on to discuss the extent to which Trump’s presidency changes the very nature of conventional reporting; forcing the media to adapt to accommodate his rhetoric. Erlanger explained:

“We’re fact checking almost everything he says now, which we didn’t feel we had to do for other presidents. It’s early days yet, but it feels combative. He went after one of our [disabled] reporters, so there’s a personal element as well.”

So, why didn’t the media see Trump coming? Erlanger explains, “We didn’t take him seriously enough, soon enough.” Freedland, though, presents a defensive stance against the claim that American media failed to report accurately on the sentiment of blue-collar working Americans.

The problem, he said, was that the polls misjudged a large portion of white, affluent, suburban women, who were expected to vote Clinton in enormous numbers. This didn’t happen, and this, argues Freedland, is the demographic that collapsed. The temptation now, warns Donnellan, is that we focus our discussions on the trivial comments that the president is making on a daily basis, rather than dedicating hard and arduous research into the policies and decision making behind the social media façade.

The discussion progressed quickly to the topic of Sean Spicer’s recent media dispute concerning the size of the crowd at Trump’s inauguration ceremony in DC, prompting Jonathan Freedland to offer his take on Trump’s media strategy. In presenting the public with such blatant misinformation, and factual inaccuracy, he argued that the President forces his electorate to consider a new question: what should we believe – the president, or our own eyes? Freedland elaborates:

“On his first appearance, he told an obvious, provable and demonstrable lie, and to do that is changing the terms of trade in such a profound way. […] Truth itself is under attack.”

The panellists invited insight from Kevin Donnellan, trends editor at Storyful. Storyful is a global network of technologists, journalists and media experts who verify content on social media, and work with some of the biggest news brands in the world. Donnellan warned against the danger of using ‘fake news’ as a blanket term, explaining that journalists, who confine themselves to Twitter, were prone to disregarding the Facebook sphere, where the power of fake news began. 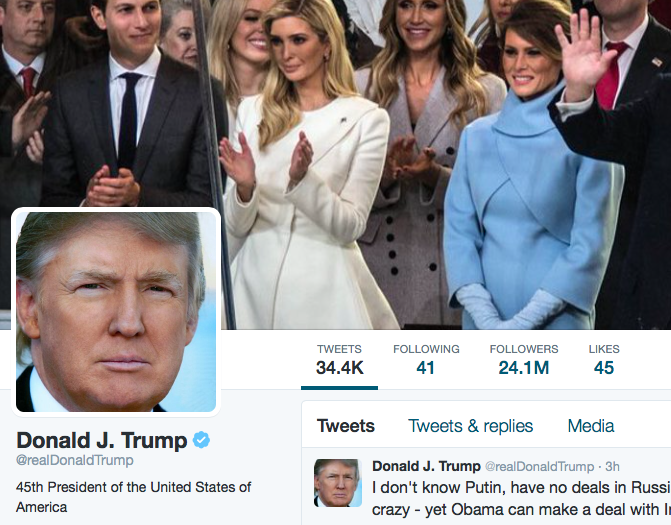 The value of fake news

But why might users be more inclined to engage with fake news stories than factual content? Jennifer Pybus, senior lecturer in Advertising at LCC, described how Facebook’s business model and algorithms work, and how these structures were largely responsible for the proliferation of factually inaccurate content. If posts with the highest potential for engagement are promoted then, logically, Facebook’s value remains high.

If people are engaging with these stories in extremely high numbers, this only benefits Facebook’s business model. The News Feed gives priority to news, which means that fake stories (when shared) are prioritised in your timeline and will be displayed before personal posts and status updates. “As long as you’re engaging,” explained Pybus, “then they’re making their money.”

So, where does big data come into play, and why is it vital that we’re talking about it? Pybus explained the relevance of Cambridge Analytica, the company linking both the Brexit and Trump campaigns, and the way in which their strategic data gathering and targeted advertising contributed to Trump’s victory.

In a world in which people are looking to confirm their own beliefs through the media they consume, she warned against the danger of this micro-targeting advertising culture, in which your consumption is tailored to fit in with what you already believe to be true.

Freedland adds a final concern: consuming news via social media has become the main course of our media diet, but news that is factually accurate and thoroughly researched costs money, primarily in the form of a paid subscription. The fear is not a purely economic one: what kind of society is it when the only people that consume real news are those that can afford a subscription to a reputable paper?

Hope for the future

Towards the end of the discussion, Hinde prompted the panellists to discuss the positive outcomes of the election, and what that might say about the future of journalism during Trump’s presidency. Each panellist took a moment to celebrate the seriousness with which the world is facing this moment in history, with more newspaper subscriptions, more marches and more petitions every day. Pybus remarked:

“I take my hope from the students I have the privilege of teaching here. There are so many questions being asked; not only how information’s being used, but also how it’s affecting our everyday.”

Each of the panellists offered a unique perspective on the future of journalism in Trump’s post-truth America, each united by a common sentiment: in a world where truth has become as fickle as the man democratically elected to be President, we have to rethink the way in which we consume media, and how we distinguish fact from fiction. Freedland poignantly summarised this call to action:

“There’s a huge responsibility now on journalism to stand up for something, which is just pure, factual evidence. We’re going to have to start defending basic, empirical observation. The very principles of knowledge, that’s what’s at stake now.”