Jacob Jelen and Vita Vilcina are both current BA (Hons) Design for Interaction and Moving Image students, vegetarians and very environmentally conscientious. They have also both achieved high-level recognition at the D&AD Awards. Vita Vilcina has won an In Book Award, and Jacob has been nominated for a prestigious Pencil Award. Naomi Edmondson, a BA (Hons) Graphic and Media Design student has also won an In Book Award for her project ‘Better Shade’.

Vita explains: “Some time ago I saw Naresh Ramchandani from Pentagram doing a talk called ‘Do the Green Thing’; it was very inspiring, and when I saw that D&AD had an Al Gore environmental brief about climate change I knew immediately that I wanted to do it! For some time I had wanted to submit a D&AD brief, but this year really felt like the right time.” 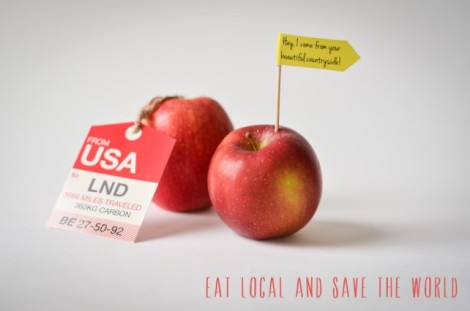 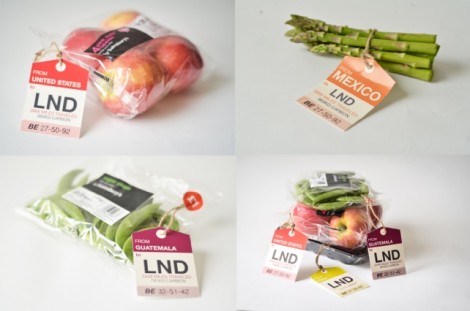 Jacob’s submission was a project that he has been working on for well over a year. With the help of Sam Gill, from the Environmental Investment Organisation, Jacob built a campaign to move one percent of pension funds to a stock-market index based on the CO2 efficiency of companies. Jacob realised that the project that he had started independently fitted perfectly with D&AD’s brief, and so employed his design skills to visualise the concept. 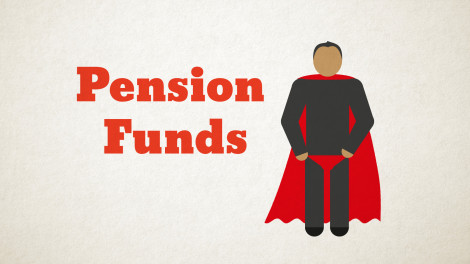 Vita has an altogether more intensive approach. “The last twenty-four hours before the deadline was very exciting; I had never before appreciated how much one person can do in such a short amount of time.”

On her approach to the brief Vita explains: “The brief was pretty straightforward; change a habit, change the world. Being vegetarian for over ten years and really caring about the food we eat, I thought that food is one thing where many people wouldn’t think of how much it impacts the environment. I created the ‘Foodprint Diet’ campaign to encourage people to buy seasonal and local food. I created a calendar that shows you which vegetables are currently in season. I also took the concept to mobile with an app that lets you browse seasonal recipes and find local farmers’ markets.” Jacob, who is currently on his Diploma in Professional Studies year out, said that he was surprised when Vita texted to let him know they had both been nominarted! And Vita, who credits her tutors for pushing her out of her comfort zone, is delighted, especially because Pentagram (who organised the talk that initially inspired her application) have already asked her to design a poster for them.

Naomi, won in the National Trust sponsored section of the awards. She explains: “Children of the 80s and 90s climbed trees, built dens, made mud pies and rode bikes everywhere. There were fewer electronic gadgets to keep us indoors along with the lack of grown-up responsibilities.The Better Shade campaign taps into these great memories and reminds grown-ups of how good it feels to be outdoors. The emotional connection inspires us to rediscover nature via National Trust sites and escape the busy stuff of grown-up life.”