‘Justine’, a film by LCC’s MA Documentary Film Course Leader Dr Pratap Rughani, is part of the Cinema and Human Rights Conference on Saturday March 14. The film, which has already won awards internationally and was recently screened at the London Short Film Festival, will be at the centre of a conversation in which Pratap will explore the issue of documentary ethics.

The film itself is a documentary portrait of Justine, a young woman with an advanced neurological disorder. Pratap explains “among the challenges in making this work are the ethical questions of seeking to make a film with a central subject who is not able to give her own consent in a form that English law recognises. Consent traditionally passes to parents, guardians and carers but this film still seeks to understand what Justine’s consent might look like.” 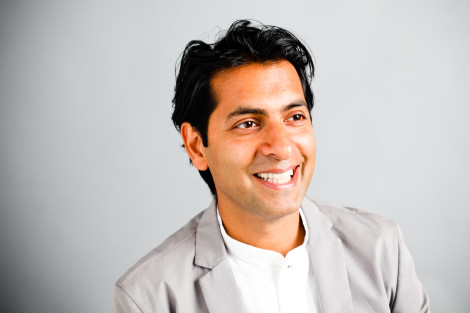 Pratap continues “the film aspires to communicate something of Justine’s experience and the rhythms of her interactions with the world hopefully enabling her to emerge through her actions. The process was configured to be led by Justine, listening closely to her language of movement and gesture rather than imposing views about what might happen to create ‘story points’ for a narrative.”

‘Justine’ takes Pratap’s long-standing documentary practice and research into the territory of severe disability. The documentary seeks to develop ‘consent’ in a way that can include the agency of people like Justine, rather than surrendering these choices to others.

Justine’s pace and responses lead the camerawork and direction. Project Art Works’, who commissioned this film, aspires is to develop a way of filming that can acknowledge the realm of ‘not knowing’; a place where doubt and tentative, tender exploration unite people – speaking a language of gesture, inference, intuition and feeling.

Read more about the Cinema and Human Rights Conference