MA Animation course leader Kim Noce has won the coveted Best Animation award at the London Short Film Festival for her animated commuter comedy, The Evening Her Mind Jumped Out of Her Head.

Another animation by Kim, inspired by A Midsummer Night’s Dream, is also being screened worldwide as part of the celebrations to mark 400 years of Shakespeare.

We take a closer look at Kim’s work.

Kim Noce is an Italian artist and filmmaker with a Fine Arts BA from the New Academy of Fine Arts, Milan and a MA in Animation from the National Film and Television School. 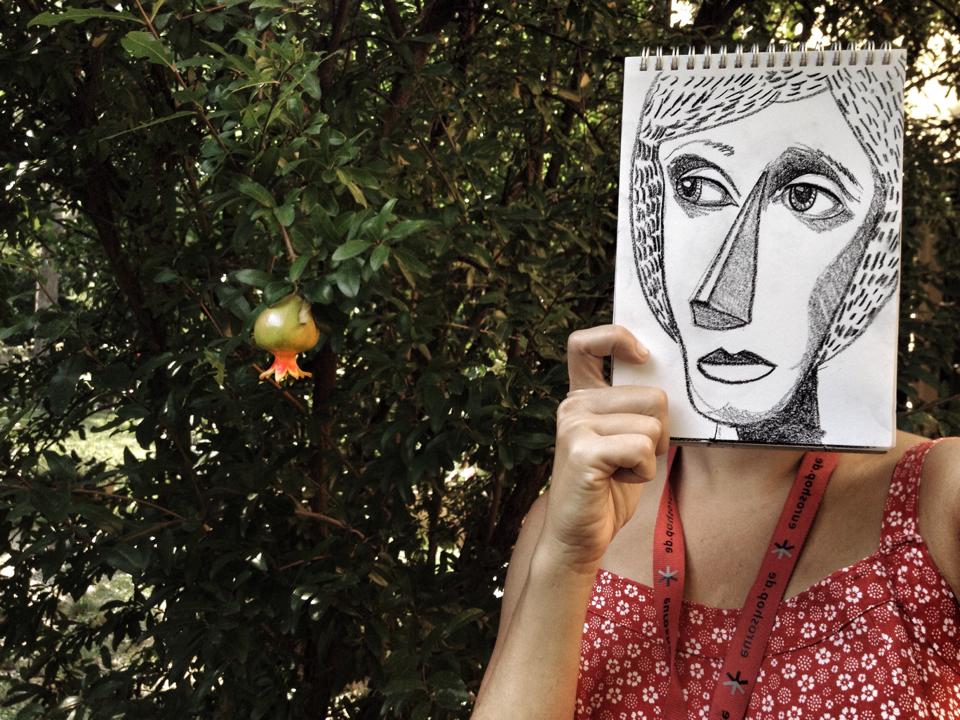 The Evening Her Mind Jumped Out of Her Head follows a woman who is driven to distraction on a dull train journey. The 7 minute 2D animated film is a comedy derived from the chaos and dismay of commuting regularly.

Originally commissioned in January 2016 by Watford Council as an outdoor projection for local audiences, the film then premiered at the Edinburgh International Film Festival, and recently won the coveted Best Animation award at the London Short Film Festival.

Written by Sarah Woolner, a BAFTA-winning writer, and directed by Kim and her business partner Shaun Clark, the film is currently up for screening at more than 30 festivals across the globe.

Online animation magazine, Sqwigly, interviewed Kim and featured The Evening Her Mind Jumped Out of Her Head as part of the article, praising the ‘bold, experimental style’ of the film.

Kim has also received global recognition for Love in Idleness, another animated film being screened as part of a worldwide tour with FILM London.

Inspired by Shakespeare‘s A Midsummer Night’s Dream the short animated film explores the sometimes fleeting and delusional character of love. The film focuses on the transformation and transfiguration of the two characters, Titania and Bottom, in the act of frantic lovemaking.

Using scratchy animated lines, morphed body parts and fragments of flesh which intersect and crash together in the story, the film is animated by hand using just charcoal on paper.

The film is part of the Still Shakespeare series of experimental animated films produced in partnership with the London Shakespeare Centre at King’s College London and part of the celebrations marking 400 years of Shakespeare.

Love in Idleness will be showing at London International Animation Festival, 2 December, 9pm at Barbican and Underwire Film festival, 3 December, 11:30am at Genesis Cinema.