As many charities and social enterprises have limited resources to spare on creative communications and content, we set up LCC Talent Works, a project that connects third sector organisations with LCC graduates who lend their creative expertise.

As part of this project, BA (Hons) Interaction Design Arts graduate Lucia Molina Pflaum visited a refugee bike project in Herne Hill and spoke to volunteers, staff and refugees before creating a film to tell their story and promote their cause.

The Bike Project founder Jem Stein at the workshop

LCC Talent Works is a new project which gives recent LCC graduates paid, freelance jobs with social enterprises, charities and community groups, who receive the service for free. To pay graduates for their work and resources, the project has raised £18,000 from local trusts.

Identifying the opportunity to help out the local community, whilst giving graduates their first step on the career ladder, LCC created the innovative Talent Works project to connect creative graduates with local charities and social enterprises.

This means graduates gain paid work experience and local charities and social enterprises benefit from world-class websites, posters, photos and films to support communications about their work and causes.

Over the last 6 months, 15 graduates from across the world have worked with 18 local organisations across Southwark.

The Bike Project is social enterprise in Herne Hill which takes unwanted bikes from Londoners, fixes them up and gives them to refugees and asylum seekers. A team of volunteers fix bikes at a workshop in Denmark Hill and provide the new bike owners with training on road safety.

BA (Hons) Interaction Design Arts graduate Lucia Molina Pflaum was one of the 15 graduates who took part in the LCC Talent Works project where she was commissioned to create a short film about the valuable work The Bike Project does. 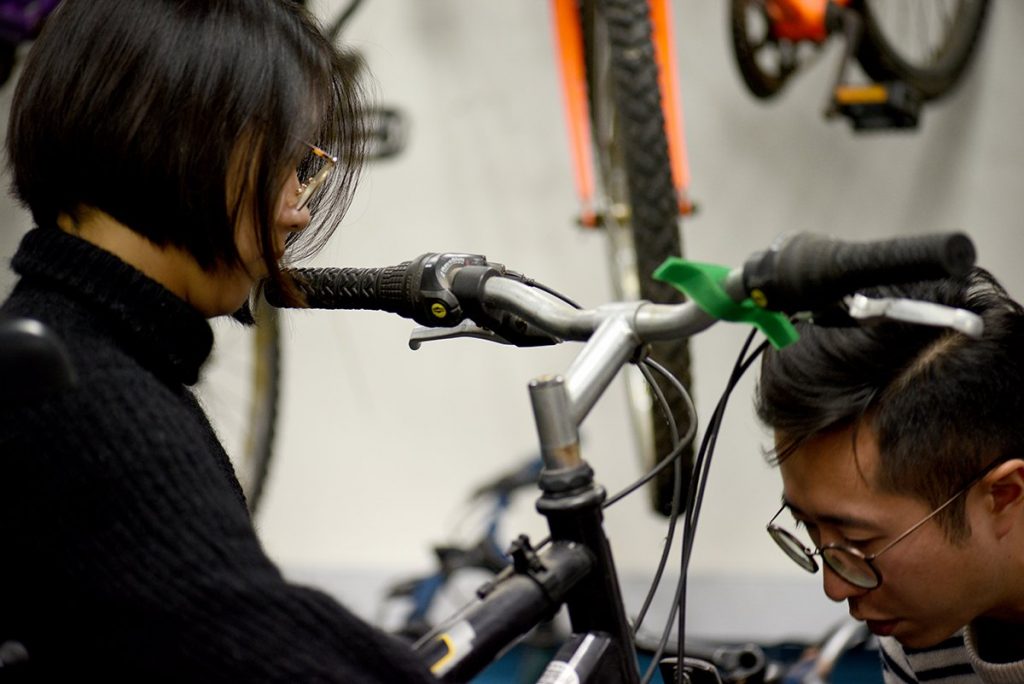 LCC graduates helping to fix bikes at The Bike Project.

When asylum seekers and refugees arrive in the UK, they’re given an allowance of £36 a week, but living in London, almost half of this is often spent on travelling.

The Bike Project is important because it gives refugees a chance to save money on travel, and maintain an active lifestyle.

Since its inception in 2013, The Bike Project has given away 1,800 bikes, and estimated saving of a million pounds in bus and underground fares for those who have benefited from the project.

Reflective of the international community at LCC, of the graduates who took part in the latest projects, 22% were from the UK, 45% from the EU and 33% international.

This project highlights the benefits of using fresh talent from across the globe, with different perspectives, to inspire and bring new thinking to design both at a local and international level.